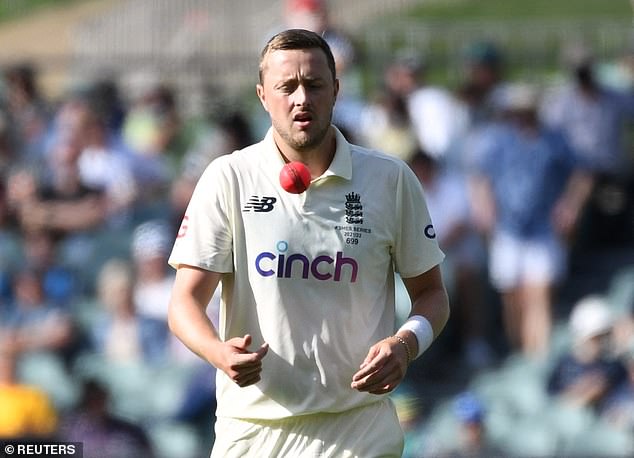 ‘He’s better than Dom Bess and Jack Leach!’: England fans can’t believe their eyes as seamer Ollie Robinson starts bowling OFF-SPIN as Australia pile on the runs in Adelaide… but he earns praise from Shane Warne!

By Sam Blitz For Mailonline

England cricket fans were left scratching their eyes on Sunday when they saw seamer Ollie Robinson turning to spin during the fourth day of the second Ashes Test in Adelaide.

Around 20 overs into Sunday’s play, which saw Australia pile on the runs before declaring at 230-9 with a second-innings lead of 467, Robinson switched tact as he the fast bowler started throwing spin from around the wicket in Adelaide.

Robinson switched to spin with England captain Joe Root off the pitch as he was receiving treatment for an injured abdomen, with visiting fans left scratching their heads on social media at the 28-year-old’s stunning revelation. 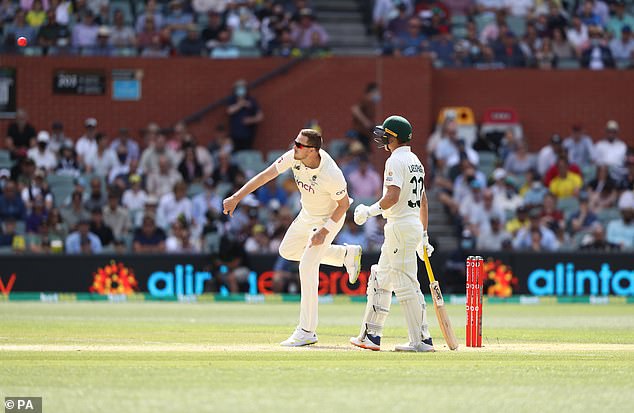 One fan tweeted: ‘Ollie Robinson’s bowling off-spin?! The state of this team…’

Another said: ‘Has Ollie Robinson just bowled an over of off spin? Or is the sleep deprivation finally starting to hit’

One fan added: ‘Ollie Robinson is bowling off spin and guess what he is bowling better than Dom Bess or Jack leach’

Meanwhile, one fan posted: ‘Ollie Robinson is bowling off spin. In shades. We have seen it all now…’ 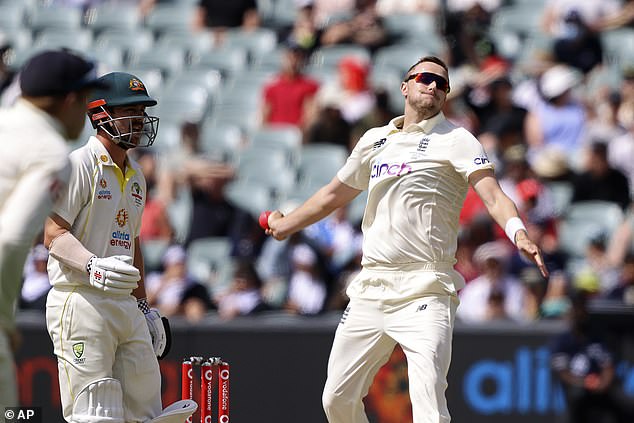 One fan posted a picture of England coach Chris Silverwood laughing and captioned it: ‘Me watching Ollie Robinson bowl offspin at 5am in December despite having an actual life I should be living.’

Another supporter claimed: ‘Ollie Robinson is bowling off spin, once again reinforcing how much of a bizarre Christmas joke this series is.’

And one fan added: ‘The sight of Ollie Robinson running between deliveries to get back to his mark while bowling off spin, as teammates laugh at the spectacle, sums up England’s tour to date rather well.’ 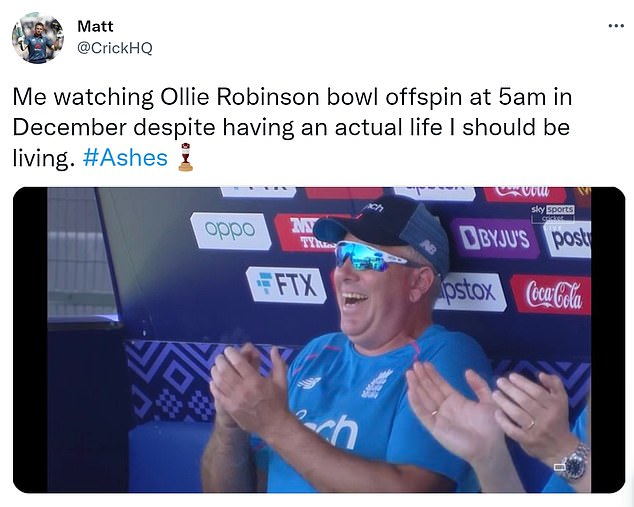 Despite the shock reaction of England fans online, Australia spin legend Shane Warne gave Robinson a lot of praise for his bowling change on Sunday.

‘He got some nice loop, didn’t bowl too fast and a little bit of turn,’ Warne told Fox Sports in Australia. ‘Normally you’ll see a part-timer that’s not used to it try and fire it in. But it’s nice to see Ollie Robinson giving it a little bit of loop.

‘It’s nice to have that versatility. We played with Colin Miller – you could give him the new rock with a bit of swing then he’d turn to spin.’ 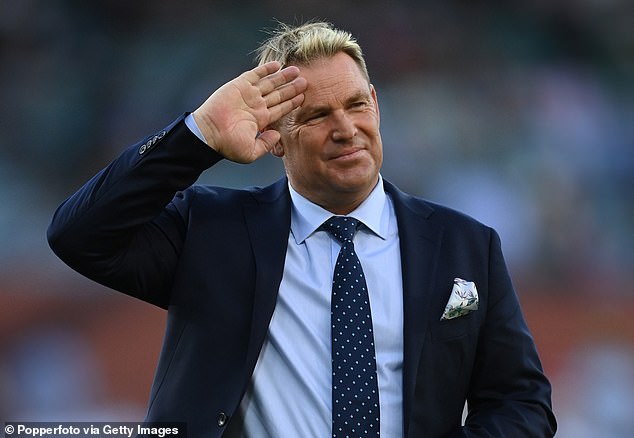 Robinson bowled his first over of spin just as Root was preparing to come back to field after he was struck by a ball in a throwdown in the warm-up.

It is understood Root wasn’t wearing a box when he was hit by a throwdown from spin-bowling coach Jeetan Patel that had nipped off the seam.

Root went to hospital for a scan before returning to the field of play 78 minutes after the start. He looked sore and stiff, and moved gingerly in the field.

Ben Stokes inherited the captaincy in Root’s absence on the fourth day. Robinson switched back to seam bowling after reverting to spin and took the wickets of Steve Smith and Travis Head in a positive start to the day for England.