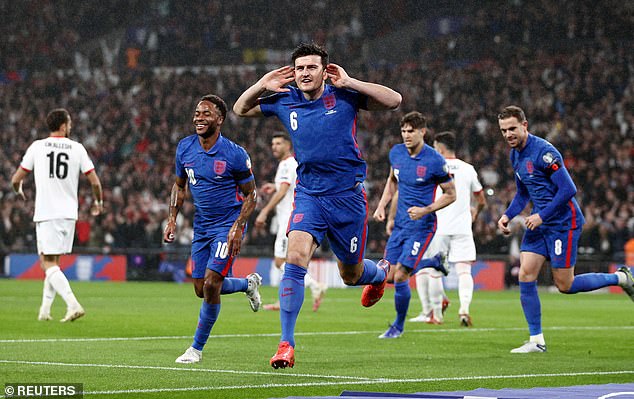 Harry Maguire has denied that he was gesturing towards his critics after celebrating his goal for England against Albania by cupping his ears.

The defender opened the scoring in the 5-0 drubbing at Wembley with a thumping header but he was quickly mocked on social media for the celebration, which was taken as a response to criticism for his terrible recent form for Manchester United.

The celebration was also slammed by ITV pundits at half-time, with Roy Keane describing Maguire’s antics as ’embarrassing’ and saying he had been ‘a disgrace’ for his club in their harrowing Premier League defeats to Leicester, Liverpool and Manchester City. 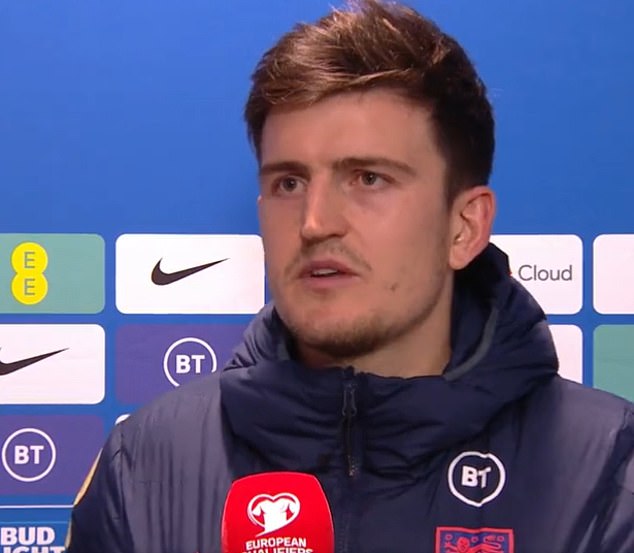 ‘It wasn’t directed at no one. I obviously put my hands on my ears, but no,’ Maguire told ITV 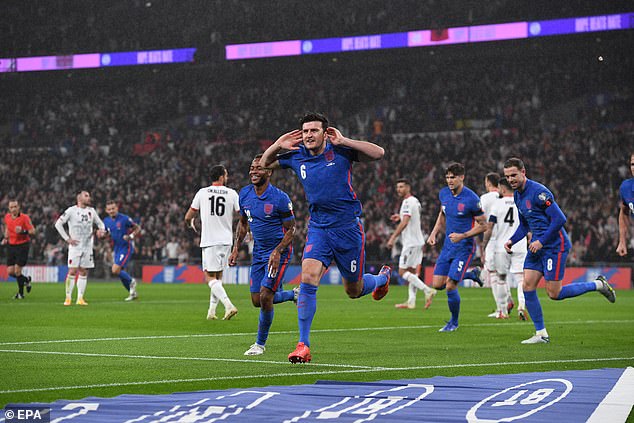 Ian Wright joined in, saying ‘you just don’t need to do that’.

But Maguire insisted after the game that he was not trying to silence his critics.

‘No, it wasn’t directed at no one. It was a knee slide, I obviously put my hands on my ears, but no.

‘I’m Manchester United captain, of course I’m going to get criticism when the team isn’t doing well, I fully expect that – but of course it’s not directed at no one.’

The heavy win at Wembley practically sealed England’s place at the 2022 World Cup in Qatar and eased the disappointment of their last game against Hungary, which ended in a 1-1 draw.

‘I think when you play for England there’s always an edge,’ said the defender. 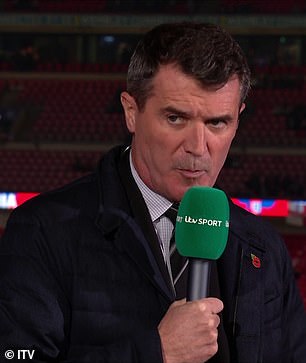 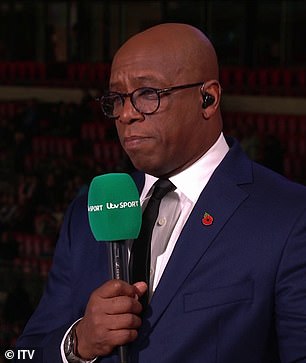 ‘There’s that pressure that you’ve got to go and win a football match.

‘We didn’t win the last game, against Hungary, we were disappointed with the performance; we spoke about that, we analysed that.

‘I think if you don’t play with an edge when you play for your country, there’s something wrong.’

The 28-year-old also spoke of his relief at breaking the deadlock before Jordan Henderson and Harry Kane’s hat-trick rounded off an emphatic victory. 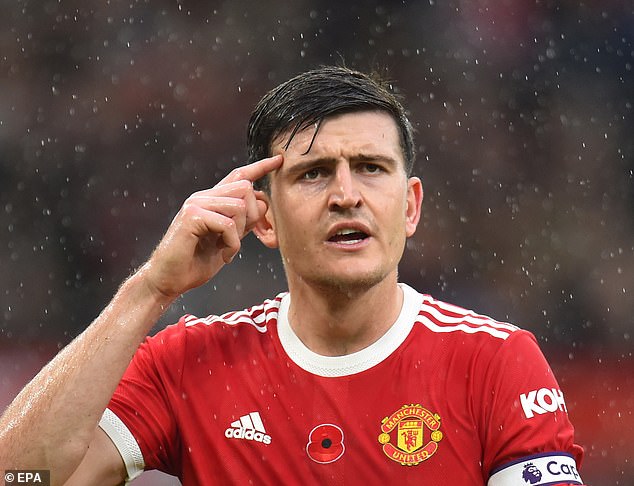 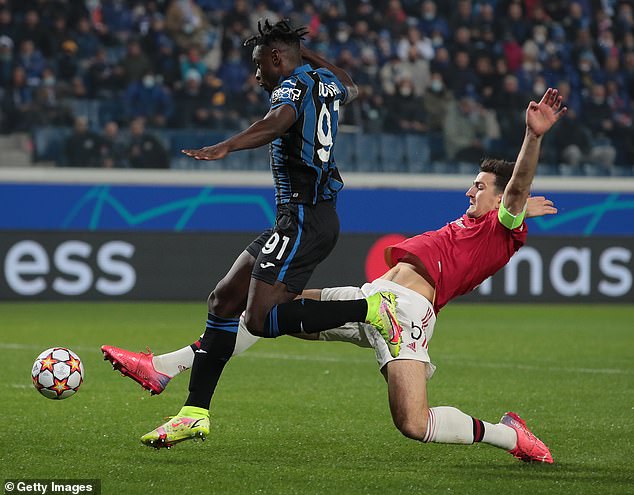 ‘Of course, scoring for your country is a great feeling – the first goal in a crucial qualifier,’ Maguire added.

‘We knew how important the game was, we knew we had to win the game. [Scoring the first goal] really opened them up to come after us, and then we punished them.

‘We knew how important the first goal was, obviously for me to score it is a really pleasing moment.’ 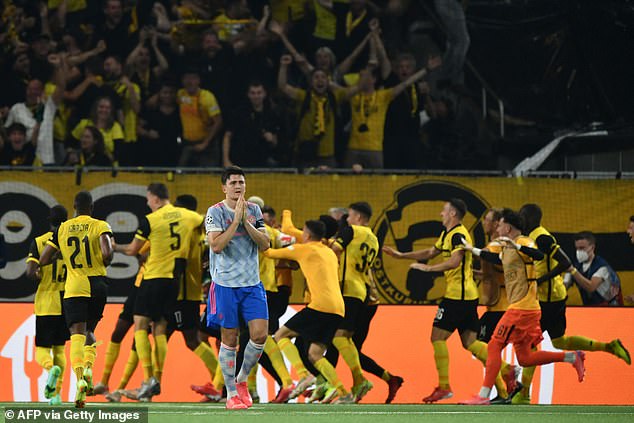 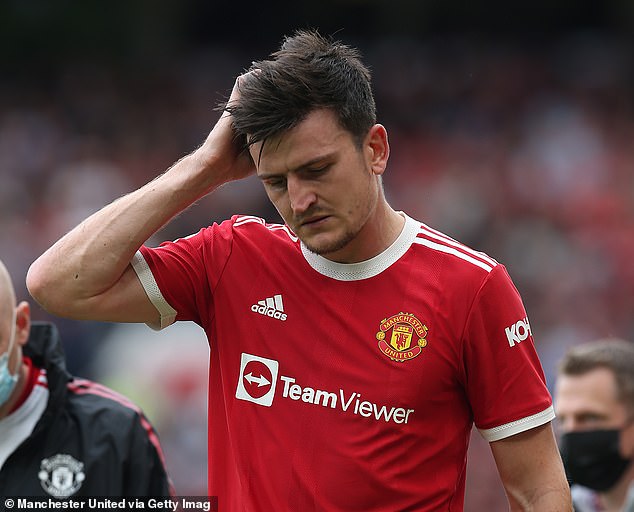 Fikayo Tomori called up by England with Harry Maguire out injured 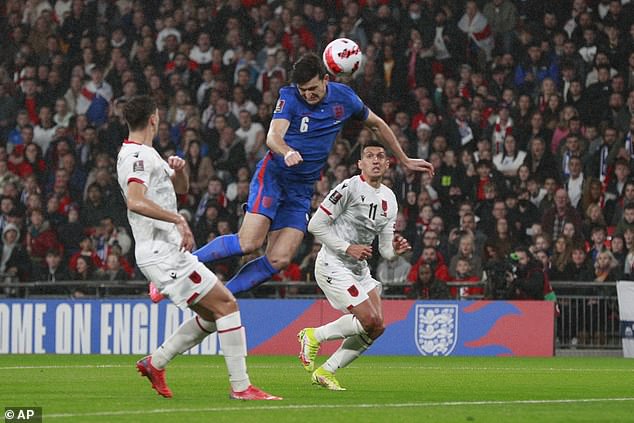