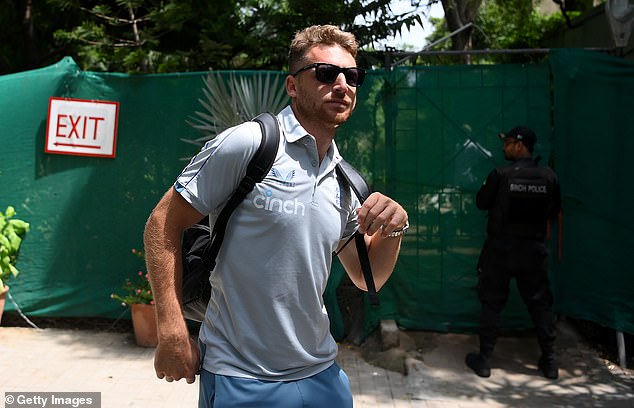 Jos Buttler could remain on the sidelines throughout England’s seven-match Twenty20 series against Pakistan in a bid to ensure his fitness for next month’s World Cup.

Buttler, 32, revealed on Thursday that his calf injury would limit him to the final two fixtures at best, following medical advice to take things slowly, adding that the historic nature of the tour and a chance to develop his relationship with England coach Matthew Mott were the major factors behind his presence.

‘Speaking to the physios, it is an injury that is not bad, but one that has a risk of recurrence. You don’t want to push it too soon, especially with what we have ahead,’ said Buttler.

‘We have warm-up games in Australia so there is no desperate need to get as fit as possible. We’ve just got to take it as it comes. If I was available for the last couple, that would be the best-case scenario at the minute. It might come earlier than that, it might not at all, but the picture will become clearer in a week or so.

‘As captain, coming back to Pakistan after a long time, I felt like it was important, whether I played the games or not.’

England arrived for a first tour here since 2005 with Alex Hales among the 20-man playing group and Buttler revealed it took two ring-rounds of team-mates before the destructive Nottinghamshire opener’s three-year exile was ended — one before initial selection and another immediately after he was identified as the crocked Jonny Bairstow’s replacement.

‘That was important. It’s no secret that when Alex got left out of the 2019 World Cup squad, Eoin (Morgan) did a similar thing,’ Buttler said. ‘He spoke to many of the senior players, the coaching staff, and as a team it’s important you give ownership to other guys and gather opinions.

‘I had my own view but I wanted to just make sure that everyone was on the same page. Everyone was, so that’s great. 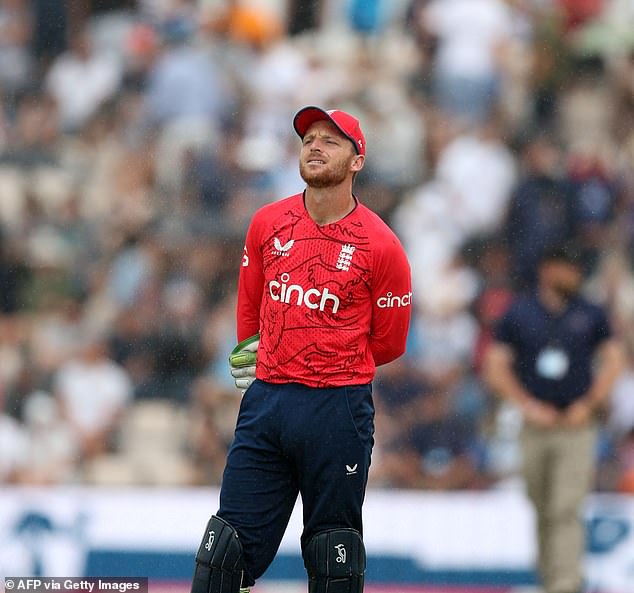 ‘I look forward to having him back in and around the group and it won’t be long until Moeen Ali is taking the mick out of him again or whatever and all will be well.’

Hales was axed from England’s white-ball squads three years ago after it emerged he’d served a ban for a second positive recreational drugs test. Until last week, ‘trust issues’ were cited whenever he was suggested for a recall.

Buttler said he was ‘sure Alex is a different person’ now and that his record in the Pakistan Super League — he is one of 10 England tourists to have played T20 cricket here before — and Australia’s Big Bash made him the ‘obvious pick’.

The pair spoke on the phone after Hales’ original omission and Buttler had an equally difficult call to make to Jason Roy, who was told that despite being dropped he remains a first-choice opener in the lead-up to next year’s 50-over World Cup.

Moeen will captain the side for the four matches in Karachi and potentially the three that follow in Lahore following confirmation of Buttler’s conservative approach to his comeback.