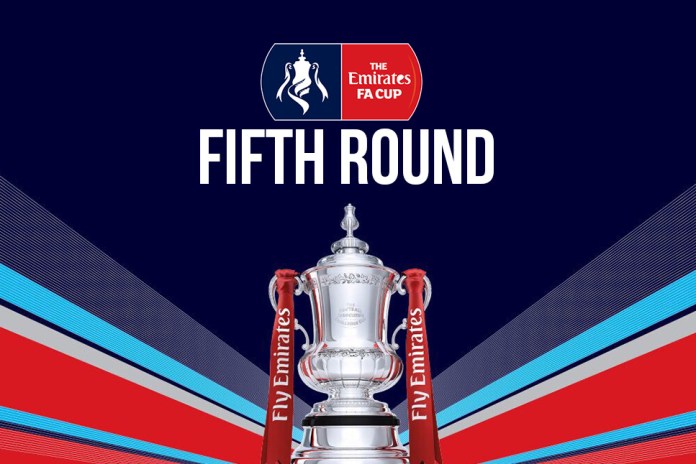 Emirates FA Cup 2021/22: FA Cup Fifth Round – Premier League leaders Manchester City will travel to second-tier Championship side Peterborough United while Chelsea are away at Luton Town in the fifth round of the FA Cup after most of the top-flight sides avoided each other in Sunday’s draw. Carabao Cup winners Liverpool will host Norwich City as Middlesbrough host Antonio Conte’s Spurs side. Follow Insidesport.IN for more sports news and updates.

City came from behind to beat Fulham 4-1 while Chelsea defeated Plymouth Argyle 2-1 in extra time on Saturday.

The #EmiratesFACup fifth round TV picks have been selected! 📺

Which games will you be watching? 👀 pic.twitter.com/j8YESCv4oS

Tottenham Hotspur, who saw off Brighton & Hove Albion 3-1, must travel to Middlesbrough, who beat Manchester United on penalties at Old Trafford.

FA Cup: In an all-Premier League clash, Southampton host West Ham United who survived a potential upset at the hands of non-league side Kidderminster Harriers with last-gasp goals in normal time and extra time.

The winners of Sunday’s game between Liverpool and Cardiff City will host Norwich City while defending champions Leicester City must first see off Nottingham Forest, with the winners hosting Huddersfield Town. The fifth-round games will be played in the week commencing Feb. 28.

The broadcasting rights for the FA Cup 2021-22 will be available with the Sony Pictures Network. So you can the watch Emirates FA Cup 2021-22 Live Telecast In India on Sony Ten 2 HD and Sony Six. The channel is available for telecasting on all the service providers in India. You can connect with the DTH providers and get the channel started.

Sony Ten 2 has been designated as the official FA Cup channel India broadcast partner. Besides, the FA Cup fixtures will also be telecasted on Sony Ten 2 HD. In terms to other places on where to watch FA Cup live in India, the Sony LIV App is the designated FA Cup quarter-final live stream India partner.

Meanwhile, if fans are unable to watch the FA Cup quarter-final live stream India due to internet issues or lack of availability as possible reason, live scores and timely match developments can be accessed on the social media pages of the two teams.