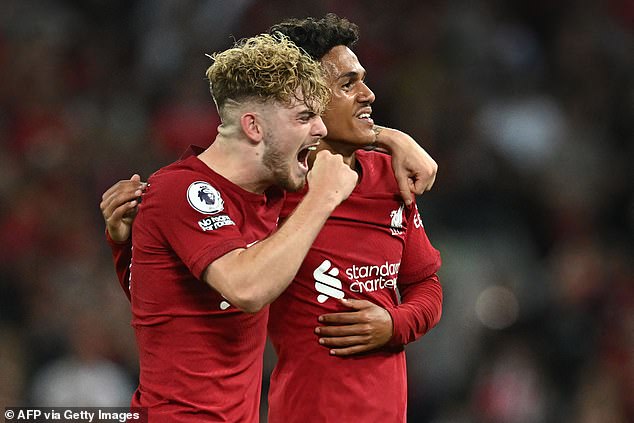 EXCLUSIVE INTERVIEW: Emile Heskey claims Liverpool starlets Harvey Elliott and Fabio Carvalho will be FRIGHTENING by NEXT season… but Reds boss Jurgen Klopp still needs to ‘spruce up’ his midfield

Carvalho, 20, signed from Fulham this summer, and 19-year-old Elliott are both precociously talented attacking midfielders who are showing their promise at Anfield.

And former Reds striker Heskey told Sportsmail in an exclusive interview that they will be ‘frightening’ by next year – but added he still thinks Reds boss Jurgen Klopp should ‘spruce up’ his midfield. 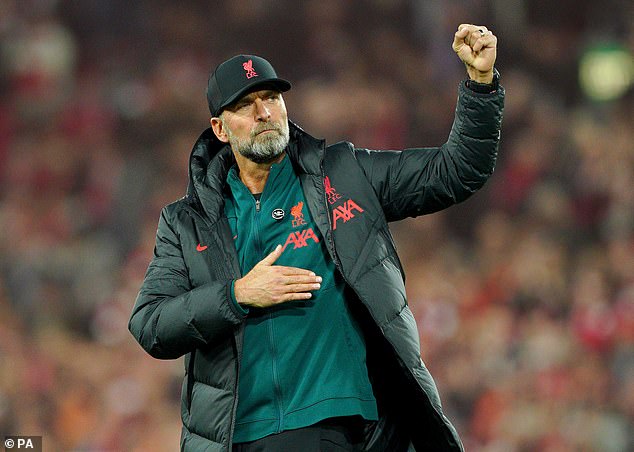 However, he added that manager Jurgen Klopp still needs to ‘spruce up’ his ageing midfield

He said: ‘It would be good if they could spruce up their midfield. Don’t get me wrong, they’ve got fantastic players: Fabinho, Thiago, but they are ageing now.

‘They’ve got Fabio Carvalho and Harvey Elliott who are coming through and actually making a difference as well.

‘Consistency might not be with them right now, but in six months to a year, they’re going to be frightening because they’ll understand the consistency that is needed. 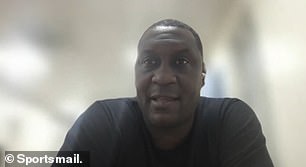 ‘With the midfield, they’re still relying on the likes of Jordan Henderson who is not at his prime, in the latter stages of his career. It would be great if they could get someone to take up that mantle.’

Heskey, who scored 60 goals in 223 games for the Merseyside outfit after moving for a then-club record fee of £11million in 2000, also had his say on manager Jurgen Klopp’s angry outburst on the touchline against Man City that saw him red-carded.

The 44-year-old added: ‘Sometimes emotions take over. A manager has got to control their emotions because you don’t want that to spill over onto the pitch.

‘What you’re portraying is spilling over to players as well so you’ve got to be careful with that. But it happens – sometimes you can’t control it. It was the right decision to send him off, you can’t do that.’

Liverpool host West Ham at Anfield on Wednesday evening knowing they can leapfrog rivals Manchester United into fifth place with a win. 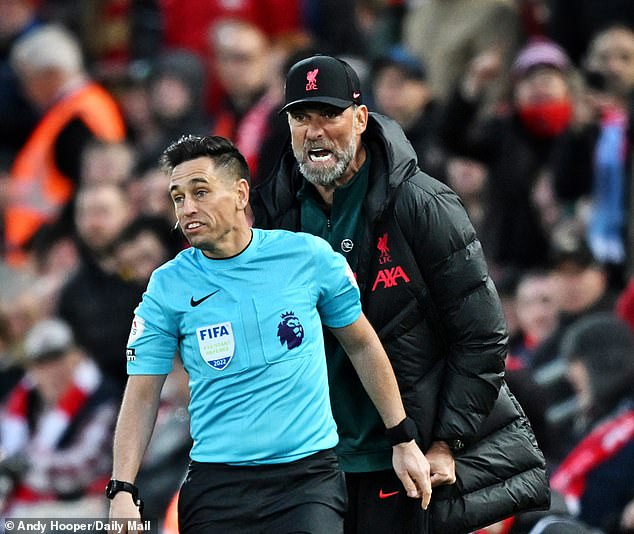