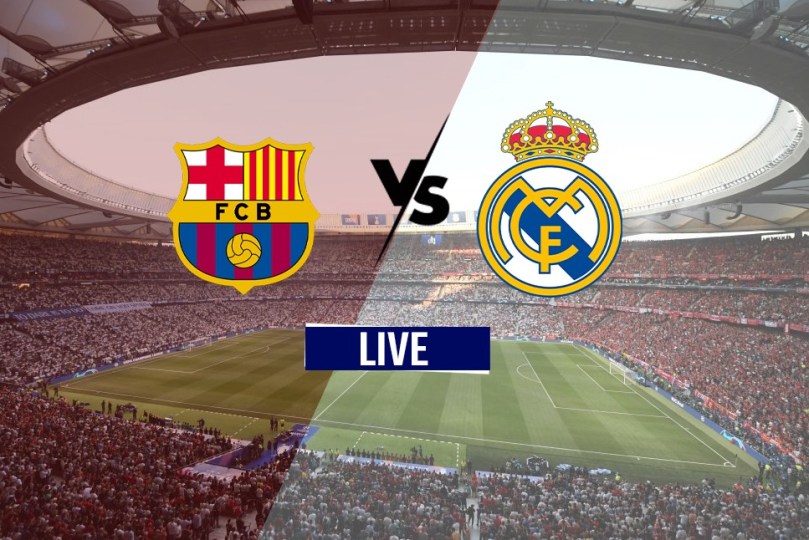 Barcelona vs Real Madrid LIVE Broadcast: As one of the most iconic showdowns in global sports, the El Clasico is a highly anticipated fixture each year which pits two of the strongest clubs in Europe against each other.

The stakes are high as the encounter signifies a history of passion, rivalry, strength, and dynamism which drives the teams and the fans to watch with bated breath. Real Madrid currently stands at the top with 76 wins in the LaLiga fixture, but Barcelona follows closely with 73 in their bag.

This years showdown will feature two new squads and fans are particularly looking forward to the Lewandowski-Benzema faceoff. Both the teams will put their strongest foot forward to establish dominance early on in the season.

LIVE Stream El Clasico – Where to watch Barcelona vs Real Madrid LIVE? With the match kicking off at Asia-focused times, it is one that Indian fans are looking forward to with excitement.

The El Clasico will feature commentary in two languages: English and Hindi and will be available across a slew of platforms, including an FTA sports channel, Sport18 Khel to reach each and every fans across the continent.

Jose Antonio Cachaza, Managing Director, LaLiga India, said, “Over the years, Indian fans have showed immense love for El Clasico.  We are excited to be working with Viacom18 to increase accessibility for this blockbuster fixture.

El Clasico is more than just a football match, it is a cultural link that unites football fans across the world.

The added offerings of Hindi commentary and free access to the match are certainly going to help us take LaLiga to fans across markets in India.”