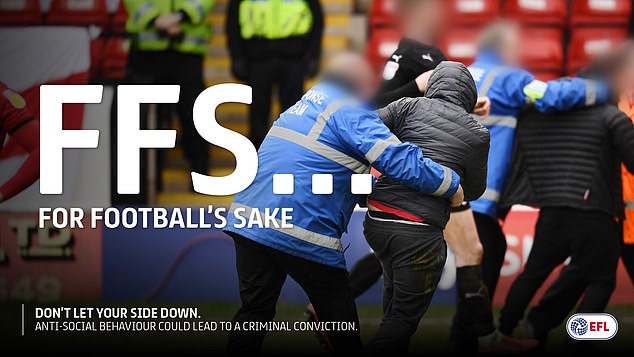 EXCLUSIVE: EFL will launch a new ‘For Football’s Sake’ campaign in a bid to crack down on the rise in hooliganism at matches – with images calling for fans to behave to be displayed at grounds and on social media

By Mike Keegan For Mailonline

The EFL are to launch a hard-hitting campaign in response to a rise in hooliganism at matches with a play on an expletive saying.

Entitled ‘For Football’s Sake (FFS)’ a series of images calling for fans to behave themselves will be displayed at grounds and on social media channels at clubs up and down the country.

The images, revealed here, were sent to sides today ahead of tomorrow’s launch. 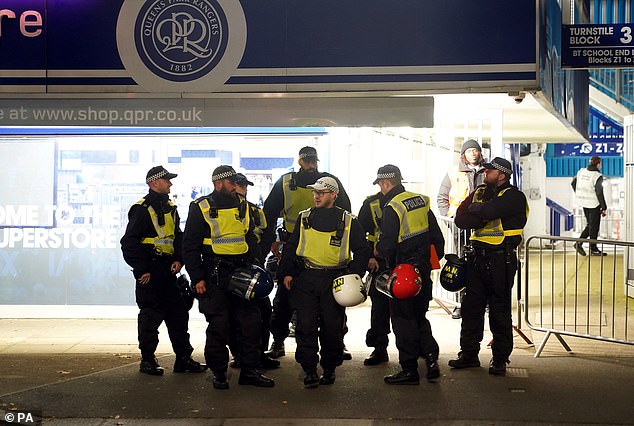 In an email distributed to clubs, officials say it is ‘important that the league and clubs seek to actively convey that anti-social behaviour in any form will not be tolerated at our grounds’.

The ads – which will also be shown on big screens – warn of football bans and criminal convictions for those found misbehaving.

Clubs have been told to also put across key messages, which include that a minority of fans are letting the side down with ‘inappropriate and reckless crowd behaviour’. 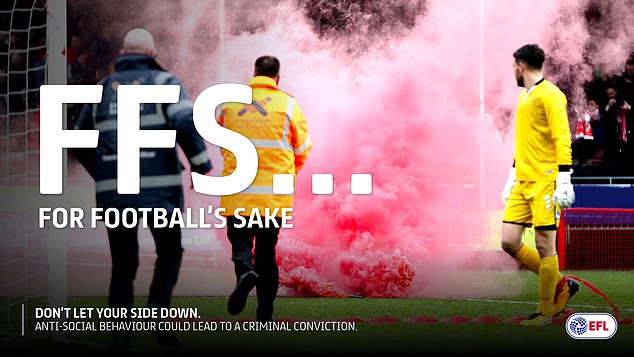 Entitled ‘For Football’s Sake’, the campaign will be displayed in grounds and on social media 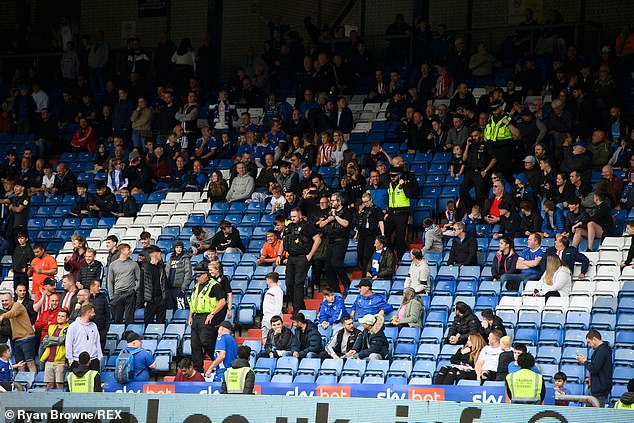 The EFL say it is acting after a ‘notable rise in crowd behaviour incidents this season’.

One of the images show a game interrupted because a flare has been thrown onto the pitch while another shows hooded pitch invaders being dragged off the pitch by stewards.

Each carries the message ‘FFS For Football’s Sake… don’t let your side down’. Others show families with small children attending matches and a plea ‘don’t spoil their day’.