English cricket has had a bit of a crush on New Zealand in recent times. From the buccaneering if ultimately thwarted World Cup campaign in 2015 that inspired Eoin Morgan’s white-ball side to silverware four years later, to last summer’s World Test Championship triumph, admiration has been plentiful. In some ways the move to hire one of its architects, Brendon McCullum, should not be a total shock.

Nevertheless, McCullum taking charge of the Test team, with the white-ball vacancy still outstanding, is an eye-catching move by Rob Key. It is in keeping with the wind that has swept through since the lamentable winter too. Key is a director of men’s cricket plucked from the commentary box, Ben Stokes is the new Test captain despite having occupied the role in only one previous first-class match – a head coach who has never done the job with a red-ball team simply completes the set.

McCullum, 40 years young, hung up his rapier-like bat only in late 2019 and has since combined a couple of plum Twenty20 coaching roles with punditry. Even with a Caribbean Premier League trophy and a runners-up finish in the Indian Premier League to show for it, his rise to international coach has been rapid and those leapfrogged will doubtless be chuntering. As one veteran county player joked on text this week: “I’m not sure why I’m doing all these ECB coaching courses.”

But like Key and Stokes, this appointment is based on a belief that real-life cricketing experience – in this case 101 Test caps and 31 as a dynamic captain – trumps all. Gary Kirsten, once again pipped to the job, took India and South Africa to new heights by galvanising teams with established stars; McCullum, along with Mike Hesson, his head coach, reimagined the culture of the New Zealand setup between 2013 and 2016, something that continued long after they departed. Having drunk in New Zealand’s approach to white-ball cricket, England now want to try the red.

Looking at how McCullum did this gives clues to the approach Key wants. And like England’s revival under Andrew Strauss and Andy Flower back in the day, after the brief and loveless Kevin Pietersen/Peter Moores marriage, his tenure began amid acrimony. Ross Taylor had been sacked as captain to much public outcry and shouldered arms the next tour to South Africa. New Zealand then hit rock bottom in McCullum’s first Test in charge, rolled for 45 on the opening morning in Cape Town.

Along with Hesson and Mike Sandle, the team manager, McCullum began diagnosing the problems. Players, they felt, were operating as individuals with the goal of doing just enough to stay in the side and not necessarily supporting newcomers. They had also become a touch arrogant on the field and were sledging opponents in a way that was out of character and inauthentic. “The way we played,” McCullum said two years on. “There was no soul.”

For McCullum and his support staff this could only be achieved with an honest, optimistic environment and by reminding players why they took up the sport in the first place. “For a long time I had lost that and the team had lost that,” he recalled. “It sounds corny, but we talk about the little boy who fell in love with the game: when you have that mindset you can be positive and aggressive, because you’re thinking about what can go right, rather than what might go wrong.”

Have England been guilty of falling out of love with the sport in recent times? Losing never helps and though a charge of arrogance would be a stretch, from the outside it is clear that cabin fever set in during the pandemic. The call from Stokes for a selfless, team-first mentality upon being made Test captain not only chimes with McCullum’s outlook but suggests this had not been the case while Australia were putting them through the Ashes mangle. Mark Wood, one of the most honest members of the squad, recently laid bare some of the whinging that had set in too.

“We have to stop making excuses,” Wood told the latest Middle Please, Umpire podcast. “It has been hard with Covid but if we keep making excuses it gives us a way out, or a comfort zone as to why we’re not performing. We need to stand up more as individuals and say, ‘Look, this is why we’re not doing well, how are we going to get better?’ instead of ‘the nets aren’t good, we’ve had Covid, there’s too much travel’. Whatever the excuse, that breeds negativity.”

Similarly, Key’s early appraisal was of a negative mentality and so with Covid-safe bubbles (hopefully) in the rear-view mirror, it is clear he believes McCullum’s infectious character, allied with the totemic presence of Stokes, can provide a jolt and maybe some soul. That said, it is important to remember that McCullum was one cog in the New Zealand machine, in conjunction with a wider move to produce better domestic pitches, improved leadership at all levels (ahem, English cricket still has no chair) and consistency in selection and communication.

You can predict now that his mantra of “aggressive cricket” will be misunderstood in some quarters when England get it wrong. Like Trevor Bayliss, the previous head coach drafted in from overseas, McCullum preaches the positive option. But while he holds the record for the fastest Test century – 54 balls against Australia in 2016 – his career-best 302 against India in Wellington two years earlier was carved out over nearly 13 hours. Aggression comes in many forms.

McCullum will also have to establish the distance required to make dispassionate calls. England’s players love his company after-hours and on the golf course – Morgan, a key influence in his appointment, made him master of ceremonies at his wedding – but the new relationship will require boundaries. Cosiness is not inevitable though. Both McCullum and Stokes are uncompromising men with a strong rugby influence – the former once nudged out Dan Carter at schools level, the latter is the son of a league international – and neither shirks confrontation.

All told, it is a daring but calculated appointment starting rather poetically with the visit of New Zealand at Lord’s from 2 June. Nothing is guaranteed with a team that has languished for so long but English cricket, having stared admiringly at McCullum for so long, is about to find out if this can blossom into romance. 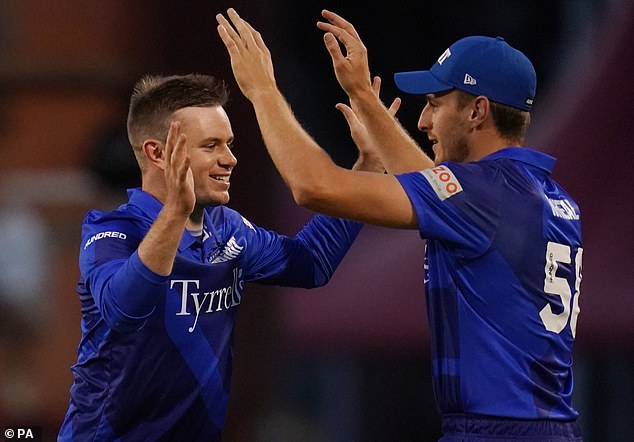 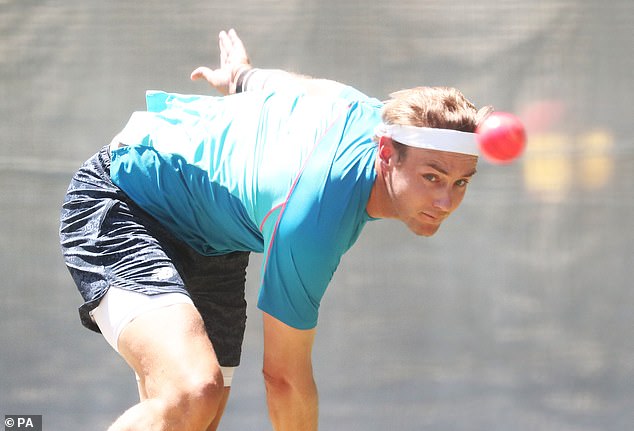 Ashes: Stuart Broad is fired up to prove being axed in Brisbane by England was the wrong decision 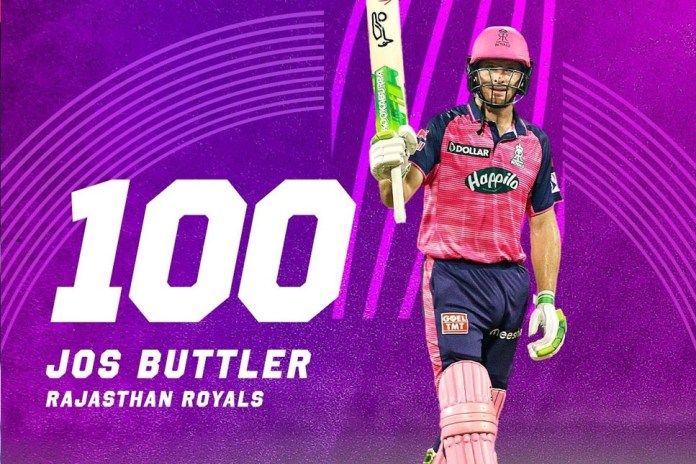