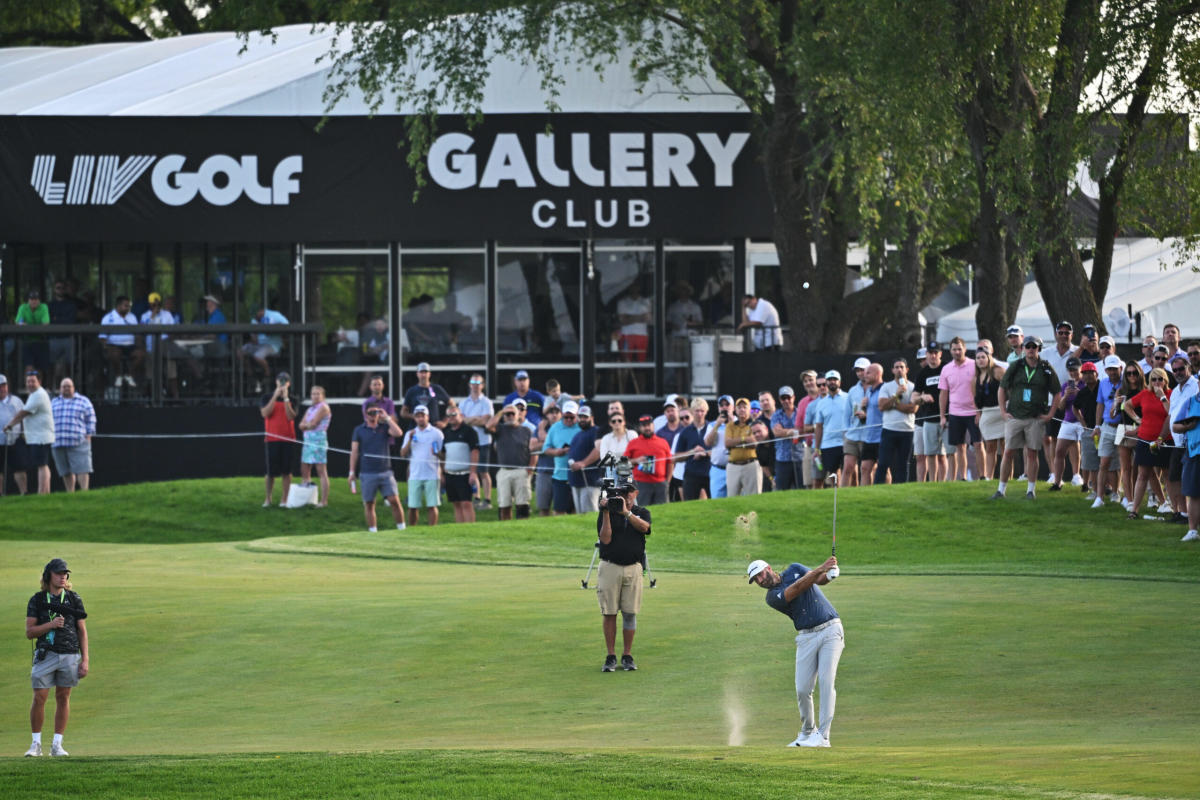 Coming off his win two weeks ago at LIV Golf Boston, his first worldwide victory since February 2021 where he hit a long eagle putt on the first playoff hole, Johnson is off to an excellent start at LIV Golf Chicago at Rich Harvest Farms. The par-72, 7,408-yard layout was no match for Johnson on Friday, who opened in 9-under 63 to take a three-shot advantage over Cam Smith, who shot 66.

“The course is great … it’s in perfect condition,” Johnson said. “I played really nicely, hit the ball really well. Hit it close to the hole a lot of times, all day long, so obviously put together a really nice score.”

Johnson went out in 6-under 30, including four straight circles on the card from Nos. 6-9. He missed a birdie putt on the par-5 18th hole that would’ve tied him with the lowest score (62) in any LIV event thus far.

“The game is in really good form,” he said. “It’s been solid day in and day out, so seeing a lot of the same shots and very consistent. That’s always what I’m looking for, just consistency in the flights and in what I’m trying to do, and obviously right now it’s going pretty well.”

Smith, who finished a shot out of a playoff and tied for fourth during his first event in Boston two weeks ago, continued his strong play, as well.

“This is my first time here. I love it,” Smith said. “I think the course is great. I think it played great today, firming up a little bit.”

Johnson’s 4 Aces, which have won the past three events in the team competition, again are in the driver’s seat at 11 under following the first round. Punch, which Smith captains, is in second at 10 under.