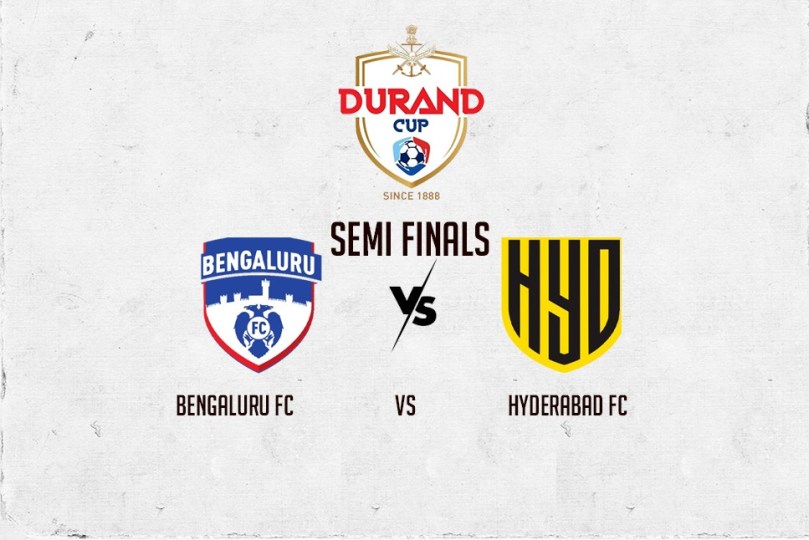 There is little to choose between the two teams on evidence available in this IndianOil Durand Cup edition and that is what makes picking a winner a tricky proposition.

The ISL champs did look flawless till Army Red beat them in an inconsequential final group league match and then Rajasthan United FC also gave them a stiff challenge in the quarter-finals, before succumbing to their overall quality. BFC too have had stops and starts in their campaign and scraped through a 10-man Odisha FC in the quarter-finals, with a last touch winner from Roy Krishna following a monumental blunder by the Juggernauts keeper in the dying seconds.

Both teams have also scored an identical 11-goals in the five games so far with HFC conceding three, while BFC have let in five. What also gives HFC the slight edge is that they have had seven scorers so far with Bart Ogbeche leading the lines with five strikes.

The Blues on the other hand have majorly relied on their striking trio of talisman Sunil Chhetri (3), Roy Krishna (3) and the pair’s understudy Siva Sakthi (4) for their goals. Faisal is the only other BFC player to have scored in the tournament and both Siva and Faisal have been preferred as substitutes thus far by coach Simon Grayson.

Manolo Marquez, the HFC coach was forthcoming in the pre-match press conference saying, “I think if we have to tell something about them then that is that they signed better players in attack this year. They also have very good players from their academy. I think they’re a very strong team physically. If you remember both games of last season we were very similar.”

Bengaluru coach Simon Grayson also spoke about the familiarity between the two sides saying, “It’s going to be a tough game. We have to defend well and we have to score. HFC is a good side. But we are ready. I think most of our players know the weakness and strong points of HFC. So we know what we have to do and we respect the opposition. Tomorrow we want to score more goals than HFC. Play balanced football and try to win the game.”

Many are billing the game as a shootout between BFC’s strike trio and HFC’s Bart Ogbeche but it is really a clash of two fighting and quality units with players like Akash Mishra and Suresh Wangjam and others on both sides capable of turning a big game. It promises to be an exciting game of football with the big Durand final prize up for grabs.