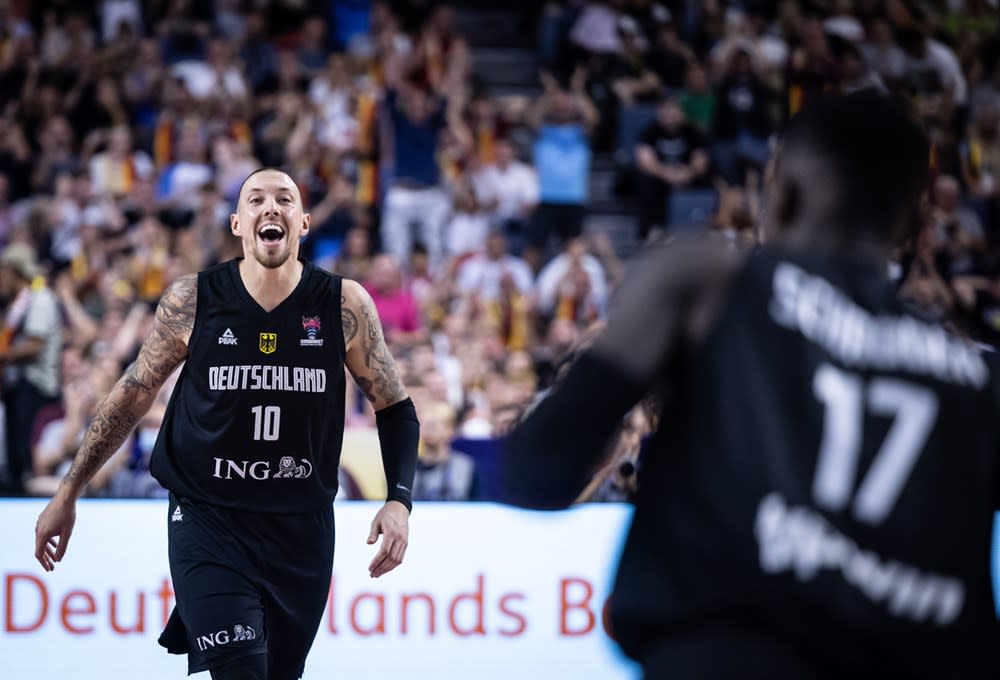 Two Boston Celtics alumni were instrumental to the German National Team’s 109-107 double-overtime victory over the Lithuanian National Team in EuroBasket play on Sunday morning. Germany won the close contest with an outstanding game from former Celtics floor general Dennis Schroder, who put up 25 points, 5 rebounds, 8 assists, and a steal in just over 40 minutes of floor time to secure the win.

Schroder shot just 37% from the field, 20% from deep, and 75% from the line, turning the ball over twice and fouling 4 times in one of his less efficient games in recent international play, but found other ways to help his team.

Ex-Boston big man Daniel Theis added another 11 points, 5 boards, and 2 assists in 22:21 minutes of play, making up for Schroder’s yips with 55.6% shooting from the floor, 33.3% from 3-point range, and no personal fouls or turnovers.