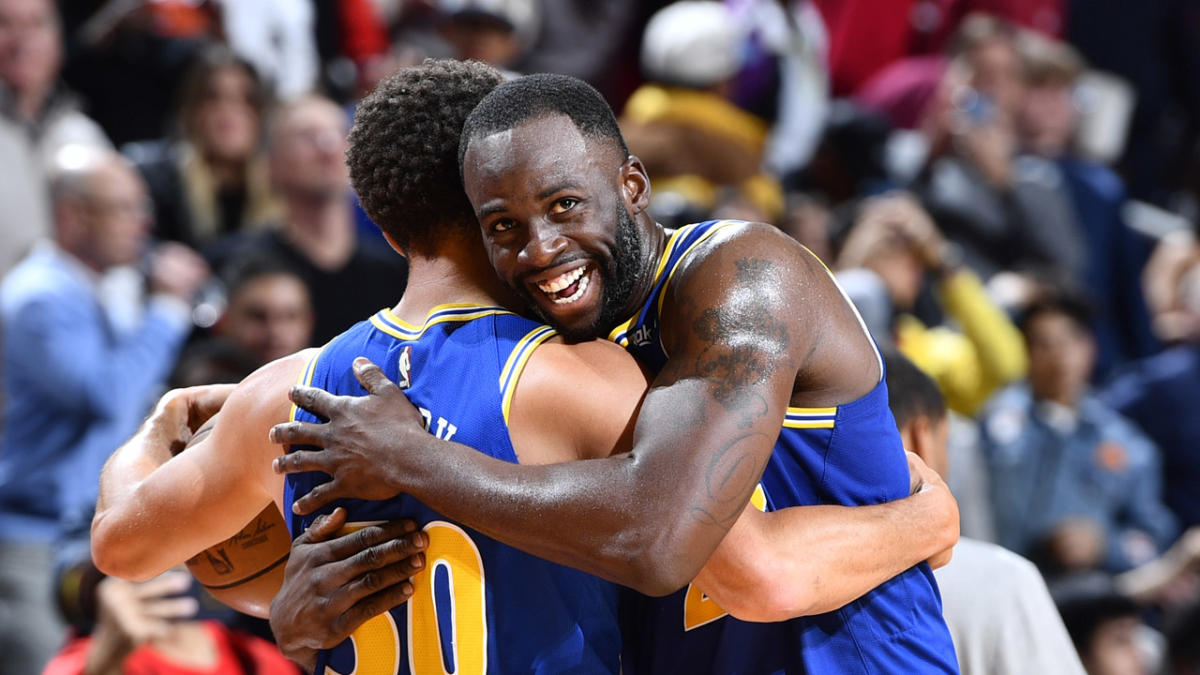 Heading into last Friday’s game against the New York Knicks, the Warriors sat at 6-9 on the 2022-23 NBA season after an 11-point loss to the Phoenix Suns.

The team remained winless on the road, and it was in desperate need of a spark.

A team meeting on the morning of the Knicks game, spearheaded and led by veteran forward Draymond Green, was just the motivation the Warriors needed to defeat New York 111-101 and embark on a two-game road trip with momentum on their side.

“I talked to Draymond the day before, and he said he was going to talk to the team,” Warriors president of basketball operations and general manager Bob Myers recalled Tuesday on 95.7 The Game’s “Steiny & Guru” show.

“I asked him what he was going to say, and he told me, and I thought that was good.”

The defending NBA champions didn’t get off to the start they wanted or envisioned, and Green sensed it was time to speak up. That’s a right Green has earned, Myers explained, even after all of the controversy that has surrounded him since he punched teammate Jordan Poole during practice almost two months ago.

“Every game … you’re either feeling good or not feeling good based on winning or losing, but there’s a bigger picture to it, and if you’re in the building, sometimes you can sense a time, and I think Draymond’s been around the block long enough to know when that time should be,” Myers explained.

See also  The Top 10 Big Threes in the league

“… It’s a pretty unique team as far as guys who have been through a lot, so he thought it was the right time. He’s pretty good at figuring that stuff out. I think he spoke for a while. The important thing isn’t what I think, it’s how it lands with the players, and if they were saying it was effective, then it was.”

After struggling to start the season, Thompson’s efficiency against the Knicks played a key role in that win thanks in part to wisdom imparted on him by Green during the team meeting.

It was an exchange Thompson called a “great conversation” following the game, revealing Green reminded him to trust his teammates and continue to be patient with his shot.

The following game, Thompson dropped 41 points, including 10 3-pointers, in the Warriors’ 127-120 win over the Houston Rockets for their first road win of the season.

In Myer’s eyes, Thompson’s quick turnaround after Green’s speech was a sign that the defensive anchor’s voice still holds weight in the locker room despite past events.

“You’d have to ask each person what they thought, but I would say that certainly, based on what Klay has done since, that would bode well, the fact that he looks like he responded,” Myers said. “And I’m sure [Green] wasn’t the only person that’s been telling Klay to try to keep it simpler and don’t force it.

“But [for] whatever reason, this one landed in a way where it showed on the court. So he certainly acknowledged it, and he’s showing the benefits of it. That’s a positive.”

As Myers previously noted, the Warriors are a unique group. Their core of Thompson, Green and Steph Curry have won four NBA championships together in the last eight seasons with plenty of ups and downs along the way.

One of those lowest moments yet, however, came courtesy of Green’s actions toward Poole in early October. But as the NBA world wonders what kind of effect the incident has had on the Warriors’ locker room since, especially after their sluggish start to the season, last week’s meeting certainly was a step forward both for Green and the team as a whole.

“As far as Draymond’s standing as a leader, yeah, I think he understands that based on what happened, you can’t just walk right back in the room and assume that, but it’s been a while,” Myers said. “People are tired, on the team, of the way they’re playing. I’m sure the coaches are tired, and I think Draymond felt, ‘I’m going to say something.’

“And he does have a ton of equity within that room as far as what he’s done. Certainly, I don’t think he’s proud of what he did on that day [when he punched Poole], but there’s a lot of good that he’s done and a lot of times he’s spoken to the team where they’ve responded.”

As the Warriors look ahead and attempt to win back-to-back NBA titles, there’s a chance they could look back on Friday’s pivotal team meeting as a turning point.

And they’ll have a locker room full of leaders — including Green — to help guide them to their goal.