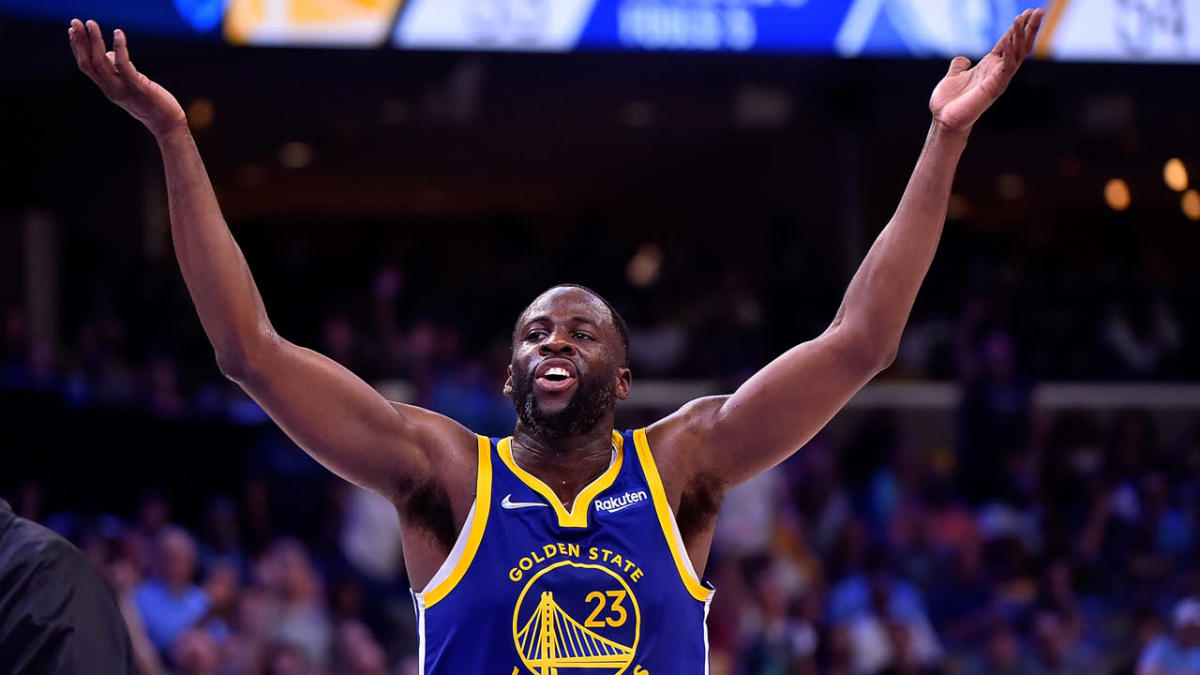 Draymond Green didn’t waste any time sounding off after his controversial ejection from the Warriors’ Game 1 win over the Memphis Grizzlies on Sunday.

Shortly after the Warriors stunned the Grizzlies and the raucous home crowd at FedExForum with a 117-116 win, Green returned to his hotel room in Memphis, set up his recording equipment and held an emergency session of “The Draymond Green Podcast.”

After mentioning that he would record a longer podcast breaking down the entire game, Green got to business.

“Now let’s talk about what everyone’s really here for, what everyone wants to talk about, which is me getting ejected for … I’m not quite sure for what, but for a foul,” Green said. “Very interesting one. You know, one thing about the foul is, I actually tried to hold [Brandon Clarke] up and well, I wasn’t told anything because I left the court, but guys were told I was ejected for throwing him down, which is very interesting because even when he hit the ground, I still was holding his jersey up. But at this point, I kind of expect things like that, like I’ve been suspended from Game 5 of the NBA Finals. You think for one second I don’t believe I would get kicked out of Game 1 of the second round? Not surprising to me at all. Not one bit.”

With just over a minute to go in the second quarter and the Warriors trailing by one, Green fouled Clarke and when he swiped across Clarke’s body, Green’s hand grazed Clarke’s face and got a hold of Clarke’s jersey. The momentum dragged Clarke to the floor.

Crew chief Kane Fitzgerald and the other two referees discussed it and decided to review the play. Upon discussion with the replay center, it was determined that Green committed a Flagrant 2 penalty, resulting in his ejection from the game.

“When they reviewed the foul for as long as they reviewed it, I said to myself ‘Hmm, I wonder what they could be deciding that’s possibly going to take this long?,’ ” Green said. “I’m actually dumb enough to think I wasn’t going to get a Flagrant 1. Talk about an idiot. You want to call anyone an idiot, look no further than Draymond Green himself.

“Because I was literally sitting there like … you know what’s crazy, I was about to start dancing to the crowd saying ‘Kick him out, kick him out’ to taunt them because it’s like ‘Kick him out for that?’ So I was about to start dancing. And when I was literally starting to edge up off the scorer’s table, something said to me ‘But it’s you involved in this play, Draymond. So because it’s you involved in this play, you probably shouldn’t dance because you should probably always expect the unexpected.’ And so the little birdie that sits on my shoulder nowadays told me ‘Hmm, just wait a second. Don’t get up and dance and make fun of them because if you get up and make fun of them, sure enough, if you’re then not expecting the unexpected, very soon they’ll be able to make fun of you.’

“And so I sat there. And then the official turned. He had a hard time telling [us what happened]. He said ‘There’s going to be a Flagrant…’ and like, a long pause ‘Two.’ He didn’t even want to say it was going to be a Flagrant 2 which was very interesting to me because, again, I am dumb enough to think that it would not even be a Flagrant 1, that the playoffs are a little tougher and not as soft as the regular season, that you can bump a little and get away with a little more, but we’ve seen questionable calls in the first round, things that didn’t get reviewed. Sometimes I guess it’s just a case-by-case thing, it’s a reputation thing. I think tonight was probably a reputation thing more so than a hard foul.”

The fans in Memphis actually were chanting ‘Throw him out,’ and when Green learned that he had been ejected, he did indeed dance, taunting the fans before leaving the court and heading up the tunnel to the locker room.

RELATED: Clarke not shocked by Draymond’s ejection given past flagrant fouls

After the game, Fitzgerald spoke to a pool reporter in Memphis and said there were several reasons why a Flagrant 2 penalty was assessed.

“The first part was the wind-up and significant contact to the face, and then the pull down from the jersey grab and throw down to the floor to an airborne vulnerable player makes that unnecessary and excessive,” Fitzgerald said. “That’s what led to the flagrant foul penalty two.”

Green clearly doesn’t agree with that assessment of what happened on the play and he hopes the NBA will reduce the penalty to a Flagrant 1. The league should come down with a ruling at some point on Monday.