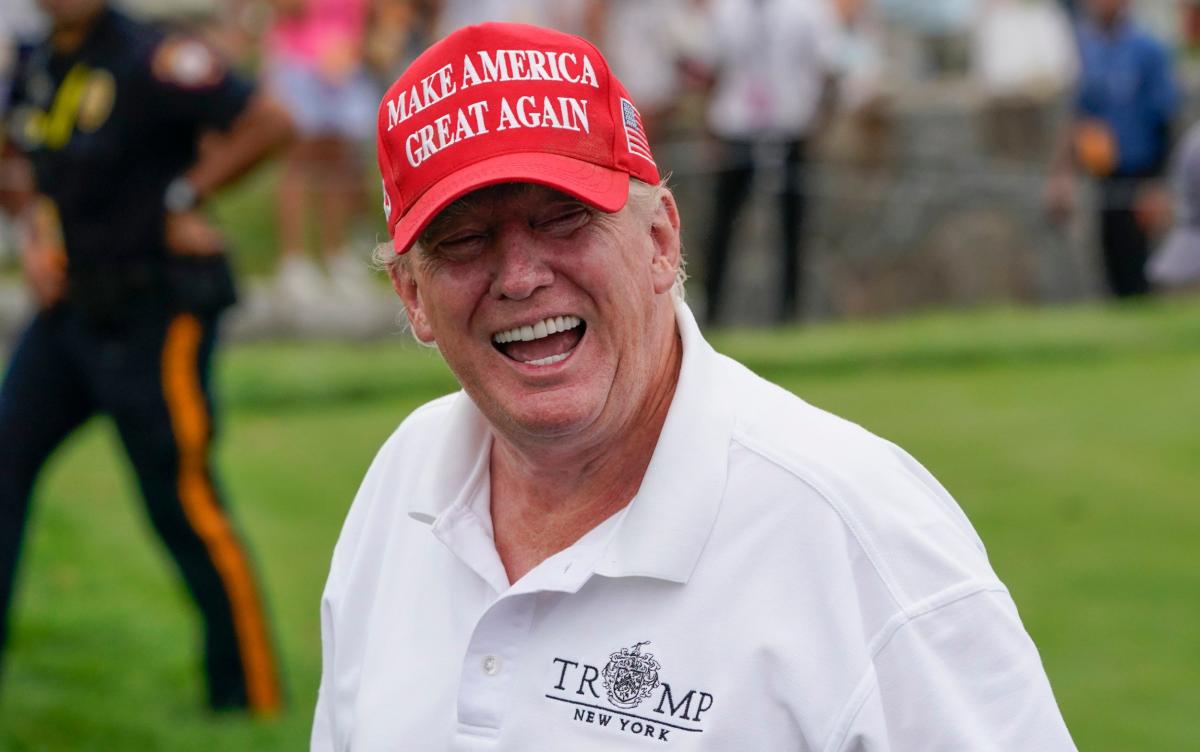 Only Donald Trump could dare to overshadow the most financially rewarding team event golf has ever witnessed and the former US President is set to do exactly that in Miami over the next week.

It has been confirmed that the former US President will play in Thursday’s pro-am at Trump Doral on the eve of LIV Golf’s $50million (£44 million) season-ender.

This is the second time a course owned by Trump will stage a LIV event. In July, the Saudi-funded circuit rolled into Trump National in New Jersey for a week dominated by controversy as 9/11 victim groups protested outside the gates, while inside the billionaire teed up alongside Yasi Al-Rumayyan – the governor of the Kingdom’s $600 billion Public Investment Fund – hailing the Saudis for “being friends of mine for a long time” and calling them “great for golf”.

Trump’s involvement at Bedminister made the golf event itself a mere sideshow and it must be feared that once again the pros will seem like extras in the 76-year-old’s “will he or won’t he?” journey towards the next US election.

Trump was summoned on Friday to testify to lawmakers investigating last year’s Capitol riot, while that same day Steve Bannon, his former advisor, was sentenced to four months in jail after he refused to obey his own subpoena to co-operate with that Congressional committee.

All this will ensure the focus on Trump at Doral will be as intense as ever and nobody will fail to recognise the resonance of the venue. And not just because he angered so many by trying to stage the G7 summit there in 2019.

Trump bought the famous “Blue Monster” course in 2012 and was omnipresent as it hosted an annual World Golf Championship event, featuring all the game’s best, including Tiger Woods and Rory McIlroy. But in 2016, the year Trump entered the White House, the PGA Tour ended its 54-year association with the huge resort, triggering a rift with its fuming owner.

The feud took in the PGA Of America last year when, the day after the Jan 6 riot, it switched venues for the US PGA, taking the major from Trump Bedminister to Tulsa. Trump was soon negotiating with the Saudis and urging the top players to join Dutsin Johnson, Phil Mickelson and Co in jumping ship.

“All of those golfers that remain ‘loyal’ to the very disloyal PGA, in all of its different forms, will pay a big price when the inevitable merger with LIV comes, and you get nothing but a big ‘thank you’ from PGA officials who are making millions of dollars a year,”  Trump posted on social media.

Since then, top performers including Open champion Cam Smith have made their own nine-figured leaps as the sport’s Civil War has escalated and become increasingly personal between the warring factions.

A LIV spokesperson confirmed that Trump will play nine holes with one as yet unnamed pro and then next nine with another. The three-day tournament proper will then begin on Friday with Sunday’s winning four-man team receiving $16million.