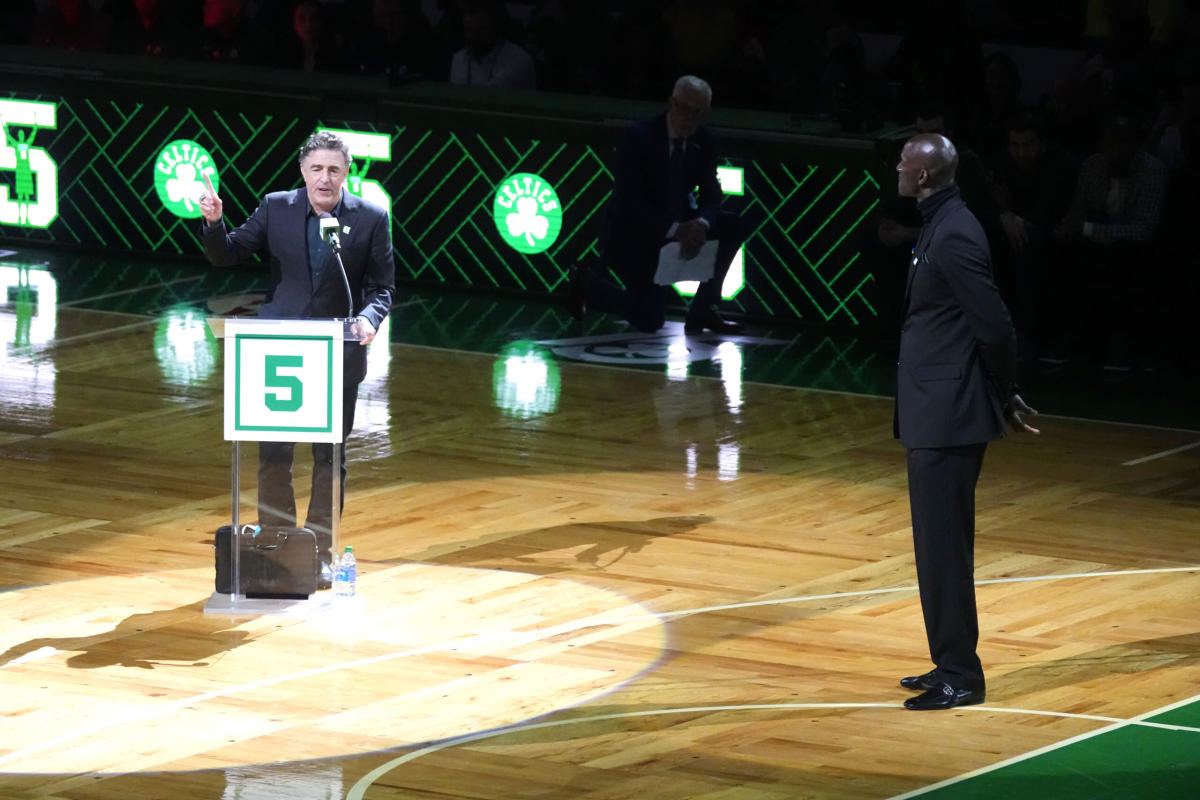 Every time the Boston Celtics retire a jersey number, a familiar debate pops up for the team that has the most player jerseys retired to honor the individual contributions to the storied franchise’s historic success.

With 23 numbers — not counting Jim Loscutoff, who had his nickname and not number retired for this very reason — forever out of commission, it is not uncommon to see a contemporary Celtics player sporting a number pretty high up in the list of possible two-digit combinations left to be selected. But is that a problem in need of an intervention? And if not now, could it be soon?

This well-tread debate was waded into by the hosts of the eponymous CLNS Media “Bob Ryan and Jeff Goodman” podcast, where, joined by Gary Tanguay, the trio debated whether Boston being perhaps overly generous of the decades with retiring numbers is a problem needing a solution.

With 85 numbers still available to be selected by current Boston players, we here at the Celtics Wire don’t find this to be an especially compelling issue in need of a fix, but check out what the podcast crew have to say on this topic in the clip embedded above.

Ray Allen on “squashing the beef” with Kevin Garnett, love for 2008 Boston Celtics