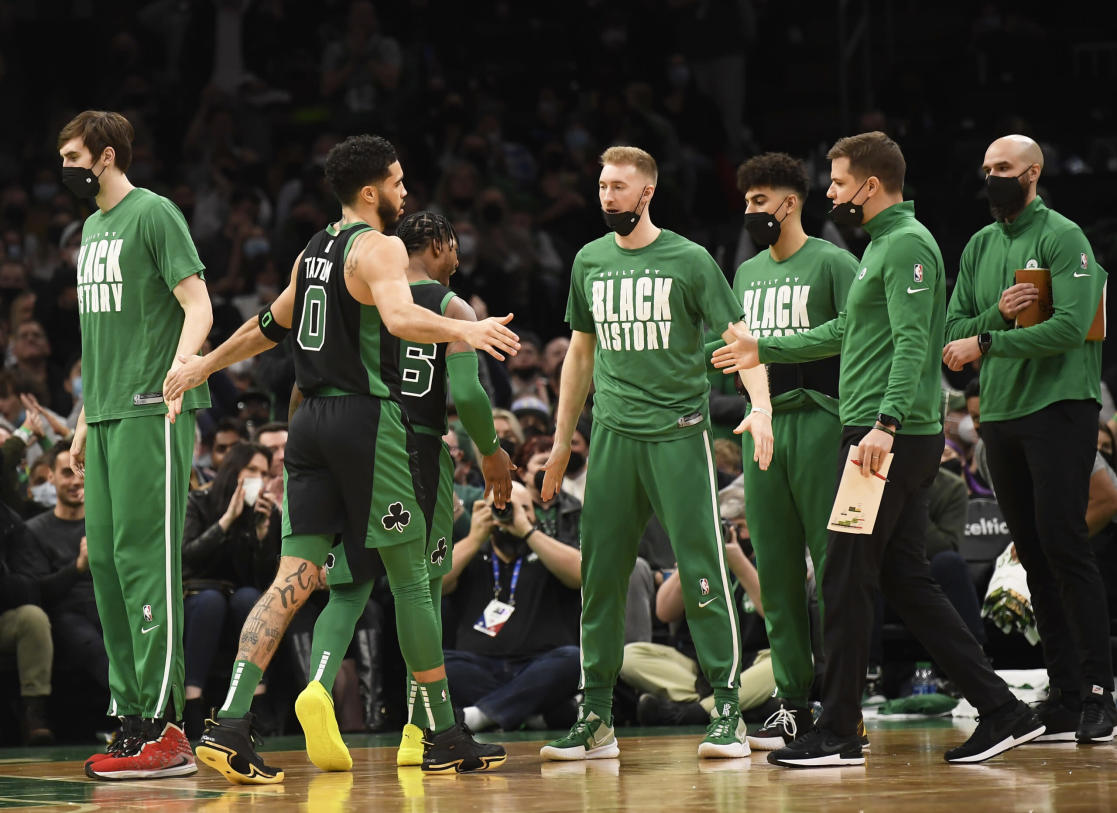 The Boston Celtics are, by all accounts, a much better basketball team than they were in the first half of the 2021-22 NBA season, driven to greater consistency and success by the synergy of the team’s starting five players and the tight rotation behind them, with their five-man starting unit now performing at an elite level on both ends of the court.

Turning their NBA-best defense into one of the Association’s best offenses as well by turning their havoc on one end of the court into points on the other with a brisk pace of play and locked-in coverage bolstered by big man Robert Williams III roaming chaos in the frontcourt and veteran guard Marcus Smart’s cobra strikes in the backcourt, Boston’s starters are truly a formidable group.

But just where do they stack up against the other starting fives of the league this season?

This question was recently debated by the host of the NBC Sports Boston “Celtics Talk” podcast host Chris Forsberg and his guest for the episode, MassLive’s Brian Robb.

Be sure to check out the clip embedded above to hear what they have to say about the strength of the lineup the Celtics have on the floor at tipoff.

WATCH: Are the Boston Celtics already title contenders – or are they still on their way?