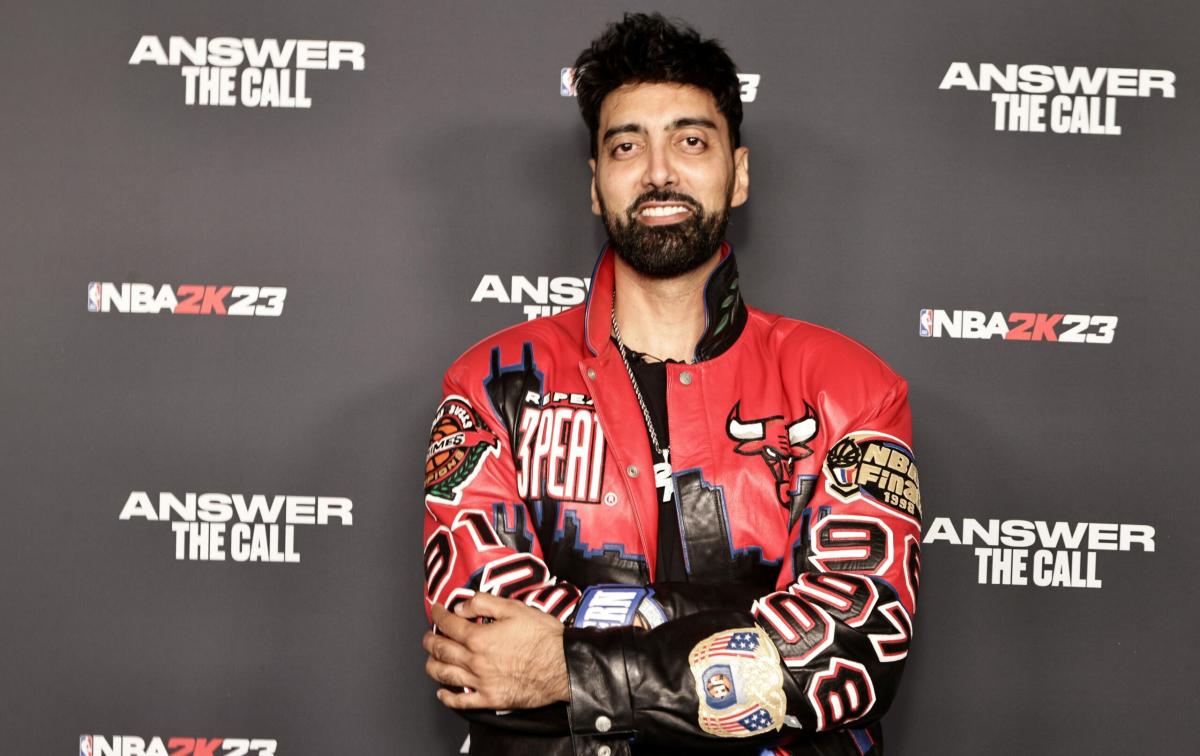 The hit video game NBA 2K23 has released its annual simulation for the 2022-23 season and may surprise some fans. Using the game’s powerful in-game engine, 2K has offered predictions for results and end-of-season awards.

Rookie Wire chatted with the digital marketing director of the game, Ronnie 2K. Something of a hybrid between a marketing guru and a social media influencer, Ronnie also loves hoops and talked Rookie Wire through some of the results from this year’s NBA 2K season sim.

“We have the Grizzlies winning a seven-game series against the 76ers,” Ronnie 2K explained. “Definitely not crazy, but definitely something that will get people talking, for sure. I think it’s really exciting to see these young teams make such a stride that they’re winning the championship in our simulation.”

James Harden and Joel Embiid may be two superstars in their own right, but evidently, 2K’s simulation favored Memphis not only to come out of the West but to win the title outright.

The game’s selection for NBA Finals MVP is, as such, pretty unsurprising.

In selecting the Grizzlies to win the ’22-23 title, NBA 2K23 also released its Finals MVP selection. The game has Ja Morant raising the Bill Russell award this June.

See also  Kyrie Irving to the Lakers? A look at LeBron reunion options

R2K explained he has some doubts about the simulation results but proudly offered he’s been wrong to second-guess 2K’s algorithm before.

“I definitely think the Grizzlies are a top-five team in the NBA,” Ronnie 2K said. “Can they make it all the way to the finals? Personally, I think that they’re probably a year away.

“But I’ve doubted the sim before in previous years, and most times it is actually right. This time I was like, ‘Wow! That’s a bold pick.’ I liked it. Let’s get spicy.”

NBA 2K’s official simulation selected Boston’s Jayson Tatum as the ’22-23 regular season MVP. Coming off of a trip to the Finals last June, Tatum is certainly looking to take his game further as he steps into his prime.

“The interesting thing about Jayson,” Ronnie explained, “is that he doesn’t put up a ton of just empty stats.”

Tatum averaged 26.9 points, eight rebounds and 4.4 assists last season, and actually came in sixth in MVP voting. If 2K believes the Duke product can expand his game further, perhaps an MVP award really is in the cards.

“If the Celtics play like they did the last couple months of the season last year, it’s definitely very possible,” Ronnie said.

Rookie of the Year: Keegan Murray

According to the game’s official simulation, Keegan Murray will walk away with the Rookie of the Year award this season. The No. 4 overall pick should get some real burn with his Sacramento Kings. Ronnie 2K thinks Murray’s candidacy depends on how well Sacramento performs.

“I actually kind of agree with the Keegan Murray pick,” Ronnie said. “I could see this Kings winning close to 40 games, which should put him in that conversation.”

With Donovan Mitchell now playing for the Cleveland Cavaliers, expectations in The Land are as high as they’ve been in quite some time. Cleveland’s young core will look to make some noise in a crowded Eastern Conference.

NBA 2K23’s season sim must believe 34-year-old Kevin Love still has a lot of gas in the tank. The game’s simulation selected the former All-Star as this year’s Sixth Man of the Year.

Marcus Smart is the reigning Defensive Player of the Year, but neither the simulation nor Ronnie 2K believe he’s destined for a repeat. Instead, the game picked Milwaukee’s Giannis Antetokounmpo as its ’22-23 DPOY.

“I think Giannis is going to take a big step up,” Ronnie 2K stated.

Rudy Gobert will certainly make some noise in Minnesota, and there are a few other players, Smart included, who may be in the running for best Defensive Player of the Year. But certainly, Antetokounmpo, the 2020 DPOY, has the tools and tenacity to stake his own claim.

The Detroit Pistons have a lot to prove this season. Cade Cunningham may only be entering his second season as a pro, but NBA 2K23’s official season simulation sees Detroit’s point guard taking a major leap.

Cunningham won the 2022 Rising Stars Challenge MVP award and came in third in voting for last year’s Rookie of the Year award. The game must see some potential in Cunningham and Detroit.