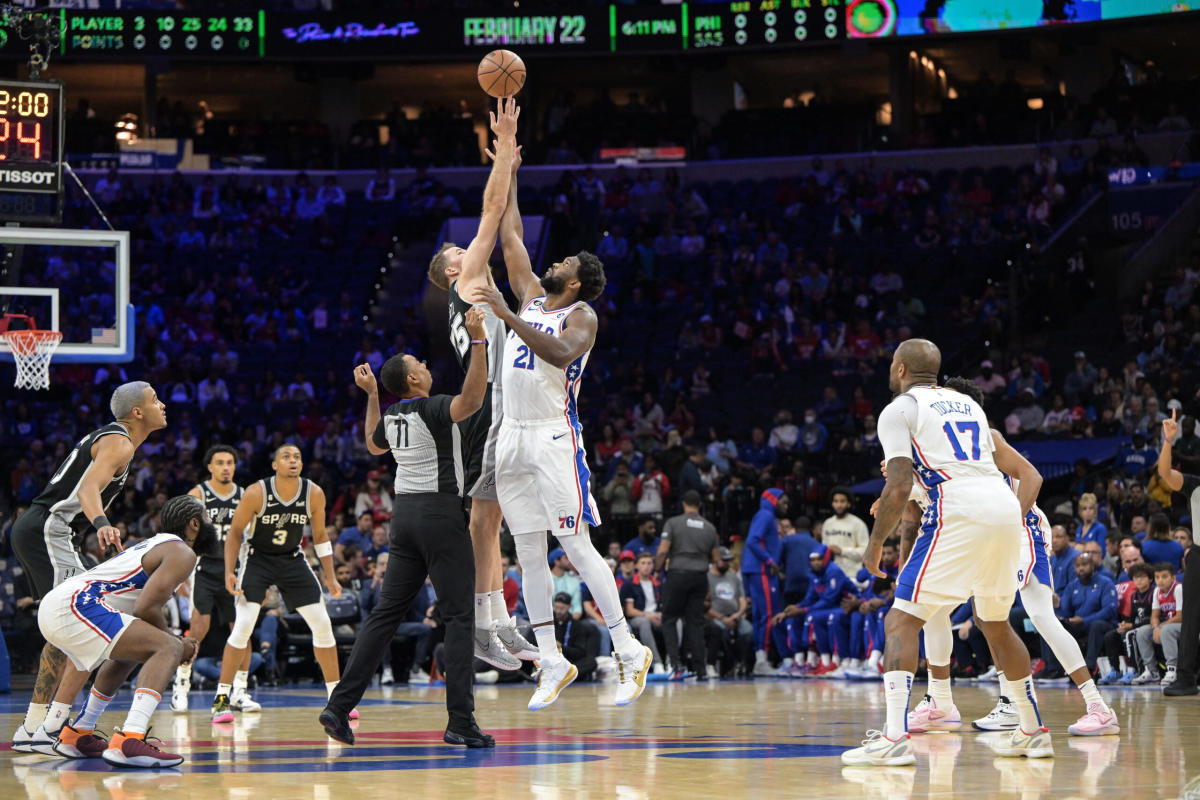 PHILADELPHIA–The Philadelphia 76ers played host to the San Antonio Spurs on Saturday looking to get into the win column after an 0-2 start. The Sixers took on two title contenders in those games so it was understandable that they dropped both games, but the Spurs offered a big opportunity to get going in the right direction again.

The Spurs were considered one of the worst teams in the league heading into the season, but they didn’t look the part on Saturday. San Antonio used a heavy dose of Devin Vassell, Keldon Johnson, and good 3-point shooting to overcome the Sixers 114-105 and send Philadelphia to an 0-3 start.

Here are the player grades after another loss:

The Beard had a masterful first quarter to set the tone for Philadelphia. His playmaking was on another level as he was creating shots for open teammates and the Spurs had no idea how to really stop him from that perspective. In terms of his efficiency, it wasn’t there for Harden as he had trouble getting into a rhythm, but he was able to contribute in other ways. The Sixers could’ve used his ruthless scoring, but he was still very effective in this one.

This was a better Maxey offensive game than the first two games. In those first two games, he seemed like he was pressing a bit to contribute. He was more decisive in this one and he did not hesitate when the ball was in his hands. He made some timely 3s when the Sixers really needed it early in this one as San Antonio was in an offensive groove early. Overall, his efficiency wasn’t where it usually is for him. He also wasn’t very good defensively.

Philadelphia went to Harris early in this one in order to begin establishing a flow on the offensive end of the floor. He attacked the glass, he knocked down a triple, and he finished at the rim which is always a welcome for this team. Harris has been consistent to begin the season which has been hugely important because of the lack of success they’ve had on the offensive end as a team. He probably should have taken more shots in this one.

Again, Tucker’s stat line didn’t jump out at anyone, but his presence was felt. He was attacking the glass, he was setting screens to get teammates open, and he made a few nice defensive plays. He also knocked down a corner 3 which is a big part of his offensive role.

The big fella needed a game like this one to get back moving in the right direction again. He knocked down a tough jumper in the corner while being fouled, he was getting to the basket, and he was getting to the free-throw line which is what gets him going. When Embiid is getting to the line, that means he’s active and he’s engaged. He was ruthless on the offensive end and he abused Jakob Poeltl in the post. This was a huge game to get him going.

This was a good Niang night. He ran the pick-and-pop with Harden and he drilled a triple. He then drove to the basket and finished a reverse layup. He gave a solid effort on the defensive end as well and he was very helpful in this one.

House Jr. had a nice cut off the ball to get himself a dunk off a nice pass from Embiid. That will be an important attribute to have when on the floor with the big fella. He did airball a corner triple try, but he did give a solid defensive effort.

The offense wasn’t there for Melton in this one, but his activity on the defensive end and on the glass is hugely important. He had three rebounds in his initial stint and he has proven to be a very versatile player on this team.

Coach Doc Rivers went to Harrell over Paul Reed in this one to start and he did draw an offensive foul early. He did grab two rebounds, but he didn’t do anything of consequence to help Philadelphia in this one.

Thybulle did play three minutes in the first half, but he missed a corner triple. He did provide his usual strong play on the defensive end though. It really didn’t feel like he got a fair chance though as he continues to try and climb the pecking order.