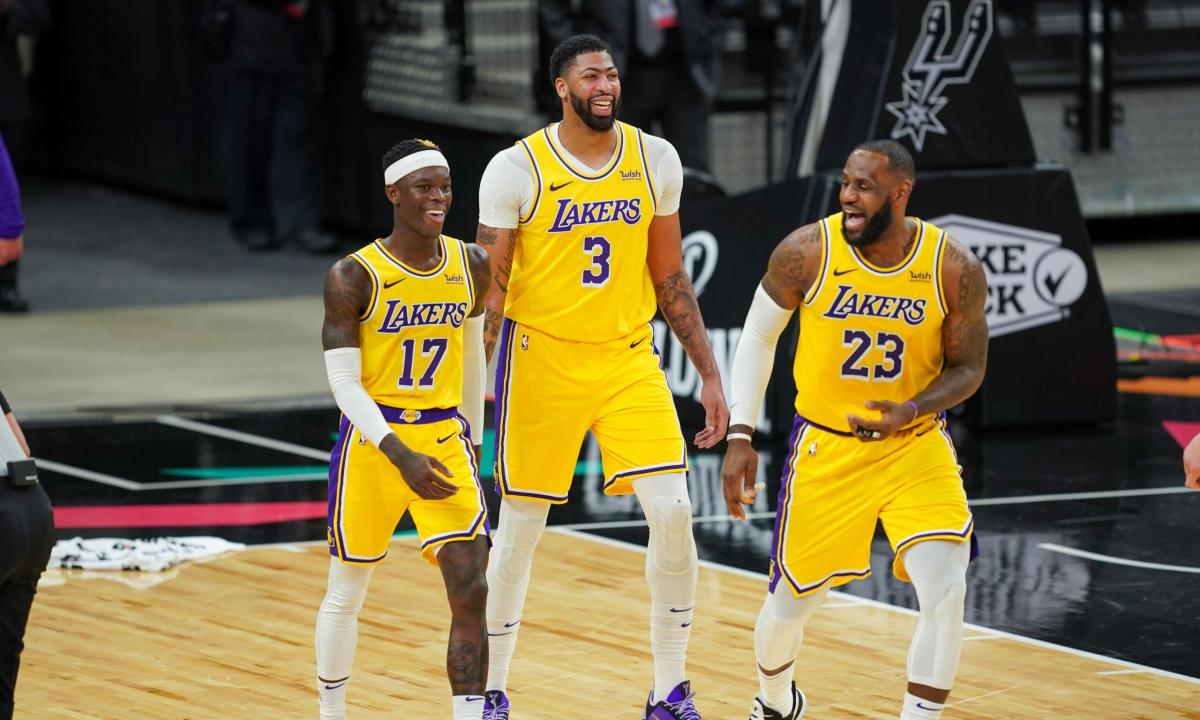 The latest addition to the Los Angeles Lakers is veteran guard Dennis Schroder, whom they signed last week to a one-year, $2.64 million contract.

It marks a return for him, as he had played for the Purple and Gold during the 2020-21 season.

That year, Schroder provided the team with steady play, but after a 21-6 start, it was ravaged by injuries, particularly to LeBron James and Anthony Davis, which led to a loss in the first round of the playoffs.

Schroder left shortly afterward under not-so-good terms, but he came back partly because he feels there was unfinished business.

“LeBron [James] said he was glad he got me back,” Schroder said. “It’s unfinished business. That year when I was there, there were no fans. There was covid, everybody was hurt. This year hopefully, everything stays good, everybody stays healthy, and then we’ll try to go for something.”

In addition, the 29-year-old guard said he had been trying to land himself with the Lakers for three months.

“I’ve been talking to the Lakers for the last three months. I knew I was going back, but I wanted to take my time,” Schroder explained.

He has spent the past few weeks participating in EuroBasket, one of the most prominent basketball tournaments organized by FIBA.

Thanks to his stellar play, Germany took home the bronze medal, its first EuroBasket medal since 2005.

With L.A., Schroder will likely come off the bench while giving it a true ball-handling and distributing guard to complement Kendrick Nunn, Patrick Beverley and (presumably) Russell Westbrook.