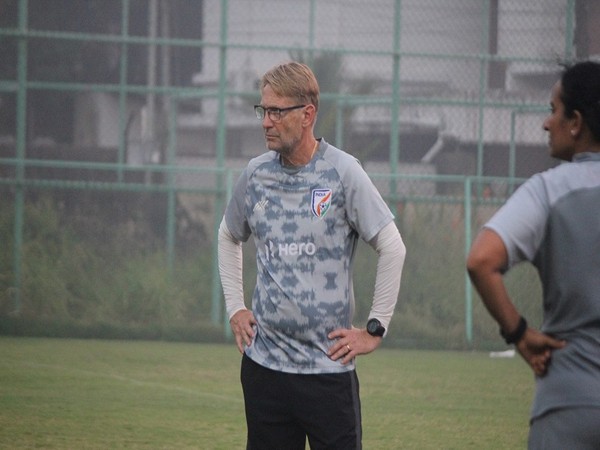 “Match experience is very important for these young players, especially in an official tournament. A tournament is a tournament, results will always be important in SAFF,” stated the head coach. “By comparison, when you are playing friendlies, it’s more about how you are playing and how much progress we have made as a team.” India will square off against Nepal in the opening match of the SAFF U-18 Women’s Championship, which is being hosted at the JRD Tata Sports Complex in Jamshedpur.

Speaking about the opposition, Dennerby said, “We have a good feeling going into the tournament. We know that Nepal are a strong side and they will come out hard against us. Everybody wants to beat India, especially when we are at home, but we will still be humble and be looking forward to the match,” informed Dennerby. “We are not in the mood to fear anyone. What we need to do is to put in the good work, and remain humble, and the results will follow.”

The 62-year-old believes that India has a good group of players, who can perform well across different parts of the pitch.

“We have some players who have been with the National Team setup for some time, and we also have a number of new players, who have been scouted,” he continued. “I think Alex (Ambrose) has done a great job to go around and scout quality players.”

Meanwhile, Nepal head coach Darshan Bhakta Raj Lawat believes that though he considers India to be a strong side, his team is confident.

“They (India) are a very strong team, but we are quite confident in our own abilities as well. We have had a good training camp for 20 days before SAFF, and we are fully prepared,” he said.

The India U-18 Women’s Team captain Hemam Shilky Devi, who had already made her senior debut last year in Brazil, feels that her experience at the senior levels of football will help both her and her teammates perform better in the U-18 side.

“It’s not just me, we also have Martina (Thokchom) and Astam (Oraon), both of whom have been with the Senior Team in the past. The amount you get to learn from the senior players is immense, both on and off the pitch,” said Shilky.

“It’s not just what you do on the pitch, but also off it. Simple things like what you eat, sleeping habits, putting in the extra workouts to tone your body – all these things matter in the long run, and these are things that we have picked up from the senior players over the past months,” she further said.

Dennerby also took the chance to acknowledge the facilities in Jamshedpur, where the team has been training over the past few months.

“They are taking really good care of us here. We are very happy and grateful for all the help that comes in from the Jharkhand Government and Tata Steel,” he said. “It’s a really good camp with top-class training facilities, and they are doing a lot to help us.”

India take on Nepal at the JRD Tata Sports Complex in Jamshedpur on Tuesday.