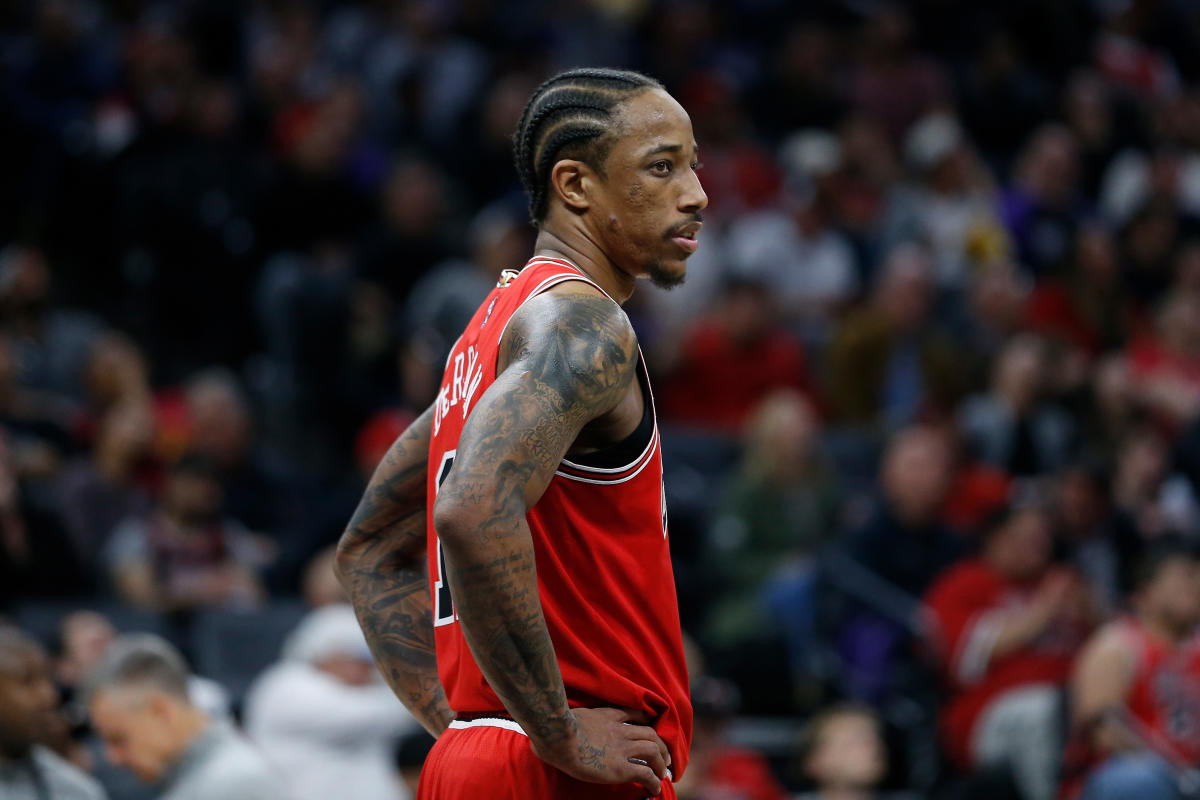 DETROIT — It seemed fitting, DeMar DeRozan exuding an air of confidence the morning of the Chicago Bulls’ season opener in October but also knowing what was to come over an 82-game season.

“I think we’ll be really good,” he told Yahoo Sports. “But I wanna see how we react when we hit a little adversity.”

Adversity has knocked the Bulls upside the head recently, with injuries being a main but not singular culprit to erase a lot of the good vibes that started the season.

The Milwaukee Bucks were the latest team to show the Bulls there’s a clear line between them and the NBA’s elite, and time is beginning to run out to fix it. Although they’re winless against Phoenix, Golden State and Memphis, it’s not practical to evaluate them against opposite conference competition.

Focusing on Milwaukee, Miami and Philadelphia is enough to have Billy Donovan, DeRozan and Zach LaVine running for the Tylenol on the dresser. Every morning they wake up with a ringing in their ears.

“O-for,” the alarm clock seems to say, and the hangover is ongoing because the play-in tournament is looming.

The Bulls being 42-30 is still a surprise on its face, but the expectations were raised when they sprinted out to a hot start. Going 39-21 with a six-game winning streak sandwiched around the All-Star break had many feeling they could be Eastern Conference party crashers.

They followed a Phoenix-ish formula that sounds simple enough but reveals incredible discipline: making their free throws, not turning the ball over and forcing the opposition into open-floor mistakes.

In short, they maximized their possessions, especially with shot-makers like DeRozan and LaVine, while managing to throw some mascara on their lack of size inside. Teams weren’t truly able to exploit the Bulls on the interior because their perimeter defense, led by Lonzo Ball and Alex Caruso, was so potent.

Then Ball went down, followed by Caruso suffering an unnecessary wrist injury due to the recklessness of Grayson Allen. A huge chunk of their newfound identity left the building, and even Caruso’s return has been dulled a bit by the reality of the schedule hitting them hard mixed with coming down to earth a bit.

Ball underwent meniscus knee surgery and hasn’t been in action since January. He was on track to return, but his rehab hit a snag this week as the Bulls announced they’ll slow down the process and he’ll stop running for 10 days.

Not a positive sign if a full roster was the easy solution to the Bulls’ struggles.

“We’re only going up from here. We’re getting some key guys back,” DeRozan told Yahoo Sports recently. “That’s gonna be a boost of emotional energy, knowledge, experience that we’ll need at a critical time of the season. With that alone, it’ll make us much better, much more confident than anything.”

Three of their four best four-man units involve Ball, with his defensive prowess, outside shooting and tempo-pushing catching teams off guard when trying to exploit switches. But they’ve only been able to employ them in a handful of games, and even if he were to make a return before the playoffs, it doesn’t seem that muscle memory would carry over.

DeRozan’s muscle memory was on automatic even while things were crashing around him in February, producing his best month as a pro: 34.2 points, 6.2 rebounds, 5.2 assists on splits of 55/40/88, outstanding production for a player this advanced in his career.

It only seemed to keep the Bulls afloat, similar to early in the season where his late-game heroics had many allowing themselves to dream of June. If DeRozan was pushing you over the top, the Bulls would be dangerous. But it’s been trending toward the “necessary” space for quite a while now, especially with LaVine battling knee issues.

LaVine won’t say it because he’s too proud and too close to playing relevant, but his left knee is bothering him. He and the Bulls are being careful with it, of course, to preserve his long-term health with free agency coming in July and maximize what’s in the immediate future simultaneously.

When Yahoo Sports asked if he was “80 percent” a couple weeks ago, LaVine chuckled and said, “I don’t know but it’s not 100 percent. I’m still able to go out there and be effective.” After a relatively down January and February, LaVine has rebounded in March, his scoring and assist numbers up while his efficiency still remains on par.

This is the closest he’s been to contention so sitting isn’t an option, nor will the losing get to him, because, he’s seen far worse.

“Right before the All-Star Game, we won [a lot] in a row, and now, we don’t need to act like the world is on fire,” LaVine told Yahoo Sports. “You understand what’s going on, why you’ve lost games and make adjustments.”

He sees the struggle as a positive, with players who wouldn’t otherwise get an extended opportunity have a chance to show they can adapt in pressure situations. LaVine said recently acquired veteran Tristan Thompson has been a vocal presence in the huddle, and the return of second-year forward Patrick Williams has been a boon.

But did the early-season success, last-second wins and over-reliance on DeRozan and LaVine come back to haunt them?

In the playoffs, having shot-makers can change the math when you can only do so much scouting. Not too many teams have multiple wing defenders to shut down both of the Bulls’ scorers.

“We rely on ourselves to go out there and make plays and close out teams. I don’t think it’s fool’s gold. Now is it something we can rely on each and every game to win games? No. But it’s an ace in your pocket because we’re able to do that. We’re able to take on that challenge,” LaVine told Yahoo Sports.