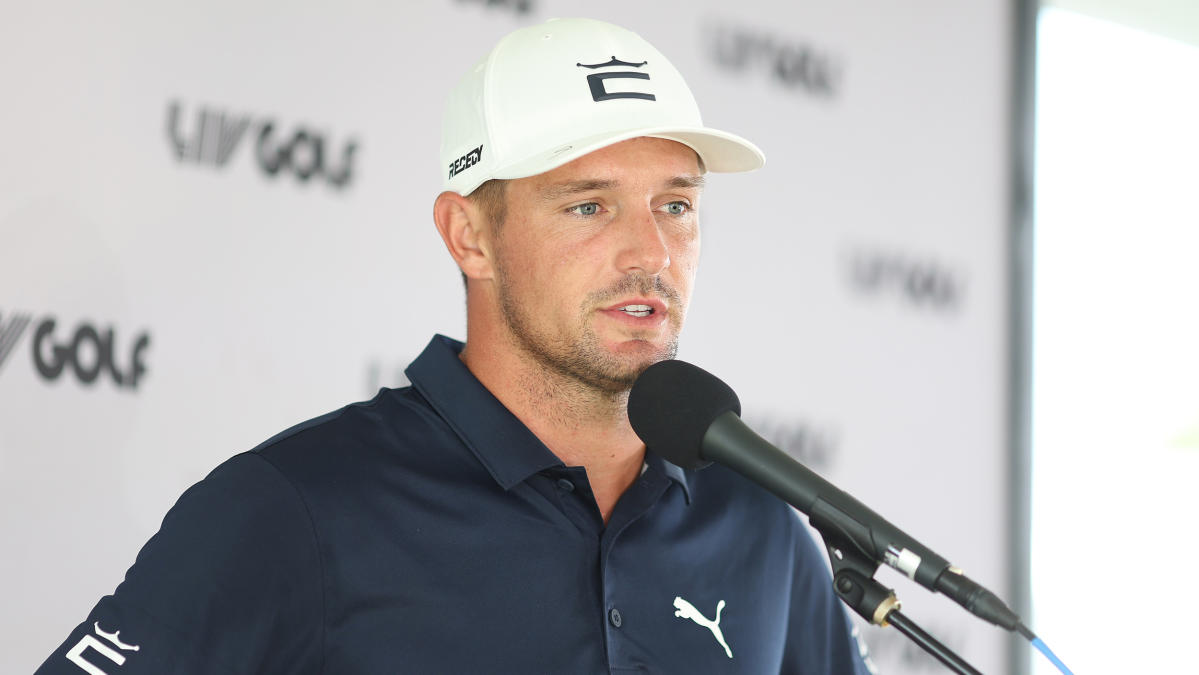 Bryson DeChambeau says team events like next week’s Presidents Cup are “only hurting themselves” by not allowing LIV Golf players qualify or compete, while also re-iterating his desire to continue to play on the PGA Tour.

DeChambeau joined LIV Golf in June for a fee reported to be in the $125m-$150m range. He has since been suspended from the PGA Tour like all other LIV players, meaning he is ineligible for the US Presidents Cup and Ryder Cup teams.

The Presidents Cup has been significantly impacted by the LIV suspensions, with the US team missing DeChambeau, Dustin Johnson, Brooks Koepka and Patrick Reed, and the Internationals missing the likes of Cameron Smith, Abraham Ancer, Marc Leishman and Louis Oosthuizen.

One of LIV Golf’s biggest hurdles to overcome involves getting sanctioned by the Official World Golf Ranking, with most of the series’ players tumbling down the rankings since the Greg Norman-fronted circuit got underway in June. DeChambeau says LIV is doing “everything to satisfy the criteria” for the OWGR.

“We’re doing anything and everything to satisfy the criteria of the OWGR,” he said. “A lot of the players are part of those discussions. That’s why we’ve all banded together.

“I cannot speak on that [what the discussions are], because from the player meeting we had, it was very positive, a lot of great conversations back and forth between Peter Dawson [the OWGR chief], from what I could tell, and from what LIV officials could tell me, and that’s all. That’s all it is.

“We’re going to get to a conclusion hopefully here in the coming months in regards to how this is all going to work out. But yeah, there will be tweaks. There will be adjustments on both ends. It’s going to have to be. This has never been done before, and there has to be compromise if we want to work effectively in this ecosystem.”

The American also spoke on LIV’s challenge to sign up with a US TV network following reports that both Amazon and Apple had passed up the chance to show the new LIV Golf League in 2023.

“It’s coming,” he said. “This is a beta test. That’s what people I think forget is that we’re only just starting, and we’re trying to present this to anybody and everybody that wants to be a part of it. I think that’s what’s beautiful about it, being on YouTube.

“It’s free to access for anybody that wants to watch it. 180,000 concurrent viewers in that playoff. Over 2 million unique viewers watched. That’s pretty solid. Someone is going to take the dive on us.”