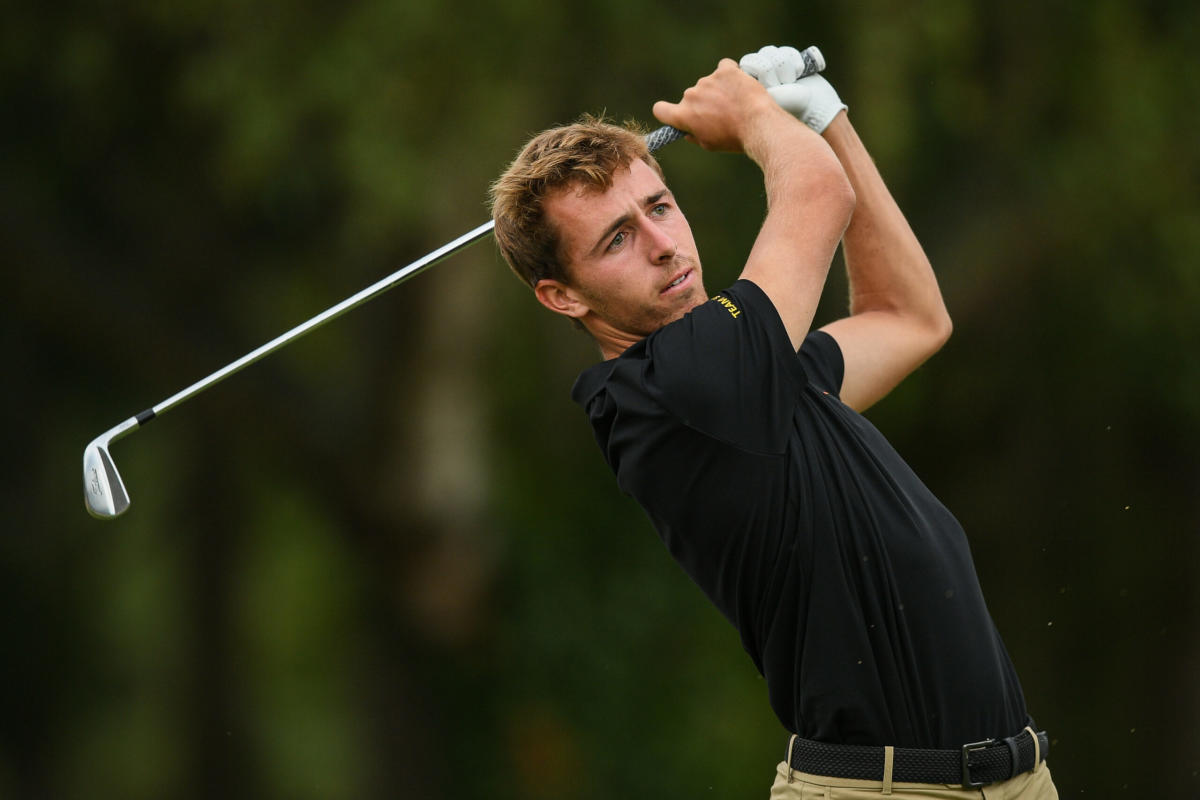 David Puig will make his professional debut at this week’s LIV Golf Invitational Series stop outside Chicago, but the former standout from Arizona State is no rookie on the upstart circuit.

The 20-year-old Spaniard played in two previous events for the Greg Norman-led and Saudi Arabia-backed series as an amateur this summer, finishing T-41 at LIV’s debut in London and T-42 at LIV Golf Bedminster. Puig said his reason for leaving college early (and after the start of the fall season) was because LIV provided him playing opportunities.

“LIV was very supportive, and they gave me two exemptions as an amateur, which I really appreciated them a lot,” explained Puig. “They also gave me an opportunity to play against the best players in the world, so it was obviously a tough decision to leave ASU, but it was a pretty easy decision to join LIV.”

When Puig was later asked if he had looked into PGA Tour exemptions while at Arizona State and if he had written to the Phoenix Open or other events, his response was, “Not really.”

“At least for what I know, getting into the Phoenix Open is pretty tough, especially when a guy is from Spain. I would say, I don’t know, Preston, one of my teammates, he had the chance to play in the Phoenix Open, and he deserves it. He’s an awesome guy, awesome player, but I think when he was 10 years old he was already a member at TPC Scottsdale or helped with the tournament somehow or something like that,” Puig said referencing the Arizona State’s Preston Summerhays, who received an exemption to the 2022 WM Phoenix Open. Other recent college players to earn exemptions as amateurs include Matthew Wolff, an All-American at Oklahoma State, in 2019 and Jon Rahm, also a Sun Devil who hails from Spain, in 2015.

See also  U.S. Open a reminder of what really matters in golf

“Yeah, and then on the other tournaments, being from Spain, I would say it’s just pretty tough because I would say they’d rather give the exemptions to people that are local.”

Quite a bit of speculation for someone who admittedly didn’t really make an effort.

Puig was not selected for Arizona State’s first event of the fall season, a second-place showing at the Maui Jim Intercollegiate down the road from campus at Mirabel Golf Club in Scottsdale. This summer during his time with LIV Golf he played for Cleeks GC in Bedminster and Fireballs GC in London. This week he’ll tee it up for newly-announced Joaquin Niemann’s Torque GC.

“I’m not nervous. You know, at the end when you play golf, it’s pretty much every time the same. You’ve just got to hit a golf ball and just try to make as less shots possible,” Puig said. “Obviously first tournament as a pro, I’ve got some expectations that I want to do or get, like I don’t know, play a round under par, which I still never did in LIV, or had a chance to win or help my team to win, too.

“But I’m not nervous. It’s just what I do every day. I mean, I’ve practiced for this, to try to be one of the best players in the world. Yeah, I’m not nervous, I’m just excited to start going.”