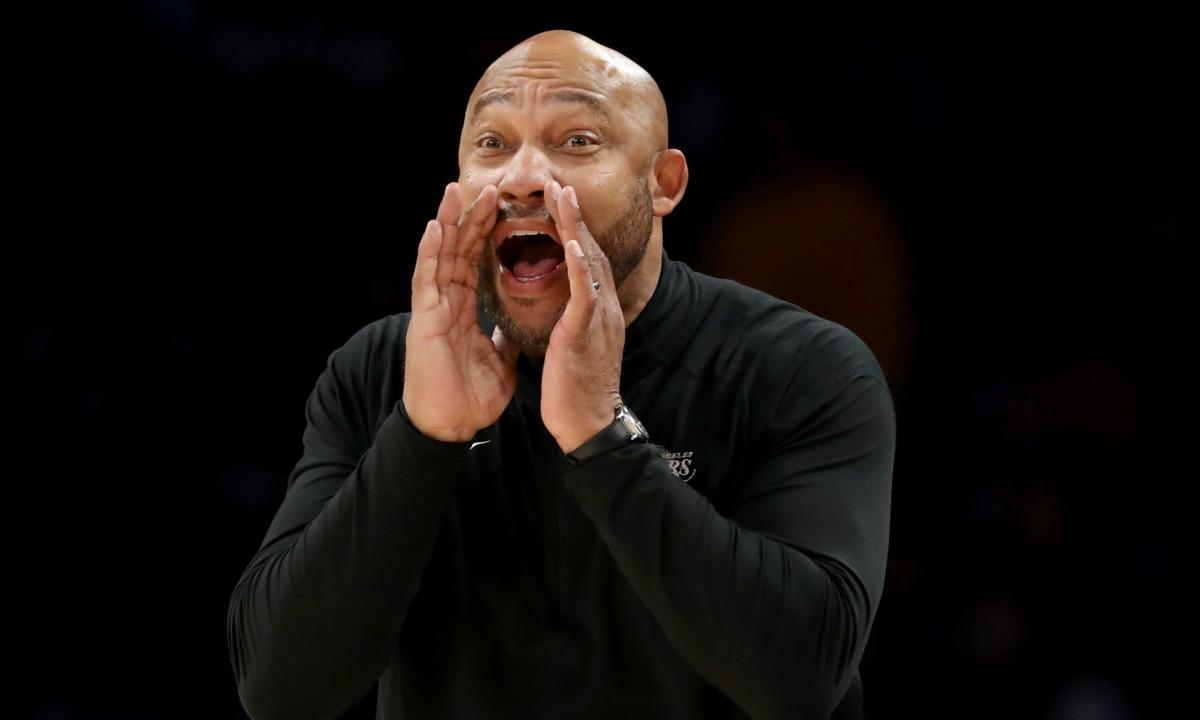 Being a first-time head coach in the NBA is difficult, especially when one does so as a member of the Los Angeles Lakers.

New Lakers head coach Darvin Ham has stepped into an unenviable situation, coaching an aging and some would say domineering LeBron James, a supposedly declining and stubborn Russell Westbrook and a substandard supporting cast.

Los Angeles is just 5-11, but very little criticism has been given to Ham.

He has admitted he’s been getting help from Quin Snyder, who had been the head coach of the Utah Jazz for eight seasons until he left in June.

“‘Opposites attract, man,’ Ham said of him and Snyder. ‘That’s my dude. Obviously, his swag is way different from my type of swag. But we just find the humor in certain things, and we have this bond, this connection that keeps life in perspective.’

“Ham has given Snyder credit as his pro bono consultant working ‘on a Utah check’ after Snyder stepped away from the Jazz this summer. They talk at odd hours, recapping games and talking about best practices. Said Ham: ‘That dude (Snyder) sends me some long-ass text messages, too.’

“But Snyder, 56, downplays his role: ‘I mostly ask questions, try to help him think about stuff. He knows his team, and he knows what he wants from them.’”

Before the Lakers hired Ham, Snyder was discussed as a candidate for the job. However, he never acknowledged that he had any real interest in the role.

Ham and Snyder actually do have a connection, and a Lakers one to boot as both were part of Mike Brown’s staff in L.A. during the 2011-12 season. Both went through different odysseys afterward before they became NBA head coaches.

Patrick Beverley’s comments on his shove of Deandre Ayton