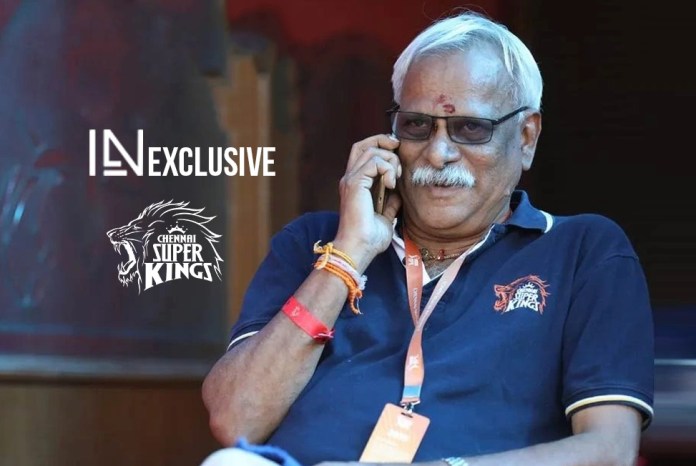 Women IPL – CSK Women IPL Team: Ever since the last few years, there has been lot of talks about the possibility of Women Indian Premier League. Chennai Super Kings CEO Kasi Viswanathan stated that CSK will be interested in fielding their women’s team when the league does come to fruition. It does not come as a surprise with the CSK men’s team led by MS Dhoni considered one of the most successful and the most popular in IPL. Follow Indian Premier League Updates With InsideSport.IN

However, Kasi is not breaking his head over it. They are only going to take an official call once BCCI makes communication about the women’s IPL.

“As and when it starts, we are going to be interested. That is all. Let the BCCI decide first. As of now, there has been no communication about it,” Chennai Super Kings CEO Kasi Viswanathan told InsideSport.

Interestingly last month BCCI president Sourav Ganguly did mention that the board is committed to having a separate IPL for women next year to help in the further growth in women’s cricket. The demand has been there from cricketers all over the world to feature in a competitive women’s IPL.

“The BCCI is also committed to launching the Women’s IPL in 2023 apart from creating maximum opportunities for the growth of women’s cricket in the country,” Ganguly said last month.

IN the last few editions of the IPL since 2018, there has been a Women’s T20 Challenge. Three teams with players from different countries compete in the event for a period over a week. However, the demand is a full-fledged IPL, which is going to help women cricketers in the country.

As of now, the Women’s Big Bash is one of the most popular leagues in the world. Even Indian players like Harmanpreet Kaur, Smriti Mandhana, Shafali Verma and Jemmimah Rodrigues have featured in the competition.