It is the time of the year when conversations tend to revolve around one topic and for football managers that is the January transfer window. Liverpool’s recruitment strategy has been much admired in recent years but this time the question for Jürgen Klopp was not about unearthing another Mohamed Salah but simply whether he would be reluctant to bring in an unvaccinated player.

As coronavirus has wreaked havoc with the fixture list, the Liverpool manager outlined a future whereby a vaccine refusenik could be more trouble than he is worth: as a threat to his teammates, creating a two-tier system when he has to be separated from the rest of the squad and a logistical nightmare as the need to quarantine could rule him out of many a game.

“We are not close to signing a player but I thought about it and yes, it will be influential, definitely,” Klopp said. His friend Steven Gerrard, the Aston Villa manager, has voiced similar sentiments. If Klopp has a jabs-for-jobs policy, vaccines could shape the future of his side.

Liverpool are rarities, with vaccine take-up at 100% and where boosters are encouraged as soon as everyone is eligible. It is an oversimplification to say it gives them complete protection from call-offs as Virgil van Dijk, Curtis Jones and Fabinho missed Thursday’s win over Newcastle after recording positive lateral flow tests. But whereas anti-vaxxers elsewhere are apparently being held partly responsible for postponements, Liverpool are due to face Tottenham on Sunday. It is why Klopp wants potential teammates for Roberto Firmino, Sadio Mané and Salah to trust in Pfizer, Moderna and AstraZeneca.

As annual Champions League participants with a cast of players who represent their countries, Liverpool need to be more aware than most of quarantine regulations for the unvaccinated, as well as the contacts of those who test positive.

“If you really want to follow the protocols, it is incredibly difficult to do,” Klopp said.

“If one [player] gets Covid and he [the unvaccinated player] was around him in the last four days, he will be in isolation. If we have to travel to a country to play international football and we come back, he has to self-isolate. Of course it is going to be influential. We have to do all these kind of things, like building extra buildings for unvaccinated players and it will not happen.”

The 20 Premier League managers will meet virtually on Monday to discuss the game’s latest Covid crisis after a weekend when six top-flight games were called off. A circuit break may not solve anything if Omicron is still a menace in a few weeks.

Klopp worries that removing matches now could result in a backlog later in the season. His answer lies in part in honesty. He has been consistent in calling for greater transparency. Whereas other clubs have a fog of secrecy around players and cases, Liverpool were quick to confirm the identities of their trio on Thursday.

The paradox is that many of his managerial peers, whose job is to tell players what to do, have refused to instruct their charges about an issue of overriding importance. Klopp is a decision-maker who has not ducked a decision. A vocal advocate of vaccination, he has brought moral as well as footballing leadership.

“I trust experts,” he wrote in his programme notes on Thursday. “I follow the advice of smart, educated people who know their field because they have dedicated their lives to it and have studied it.”

A belief in experts, whether a throw-in coach or a nutritionist, has served him well in management. The sense now is that too many players at other clubs have instead shown faith in conspiracy theorists or trusted in the strength of their own bodies.

A quarter of EFL players do not intend to get vaccinated. In contrast, 93% of their La Liga counterparts are and another 4% have antibodies. Serie A and the Bundesliga are thought to have similarly high numbers and while postponements pockmark the fixture calendar here this weekend, they are altogether rarer abroad. It seems an unfortunate case of exceptionalism in England; Klopp, a critic of Brexit, may spot a theme.

The EFL anti-vaxxers could become a more immediate problem for the elite in January’s FA Cup. Liverpool host Shrewsbury, whose manager, Steve Cotterill, spent almost 50 days in hospital with coronavirus. Despite that, not all of his squad are vaccinated. Klopp is relieved the tie is at Anfield and thinking of those at risk in the more cramped confines of lower-league stadiums.

“We go there [Shrewsbury] to an FA Cup away game and change in really small dressing rooms, that was the situation last year,” he said. “We play a Football League team at home but others play away and I’m not sure how it’s sorted. It’s just not 100% thought through.”

Another season has become an obstacle course. It calls for further leadership, and not just from Klopp. “It’s not only [about] stopping the league or continuing like usual,” he said. “There are things in between that we have to sort.” 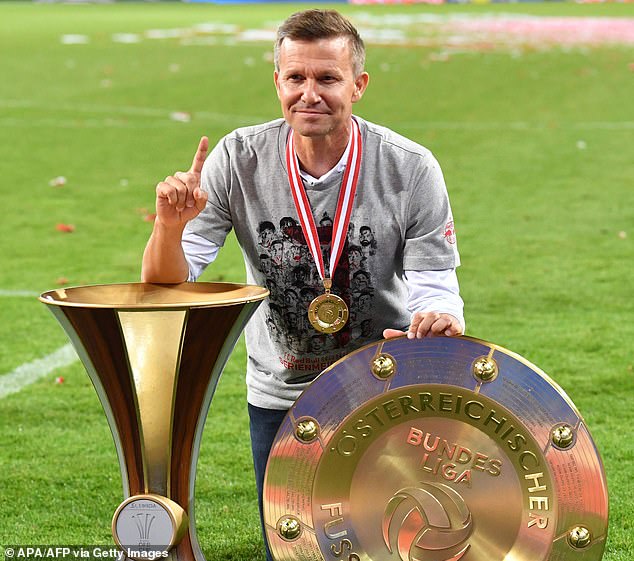