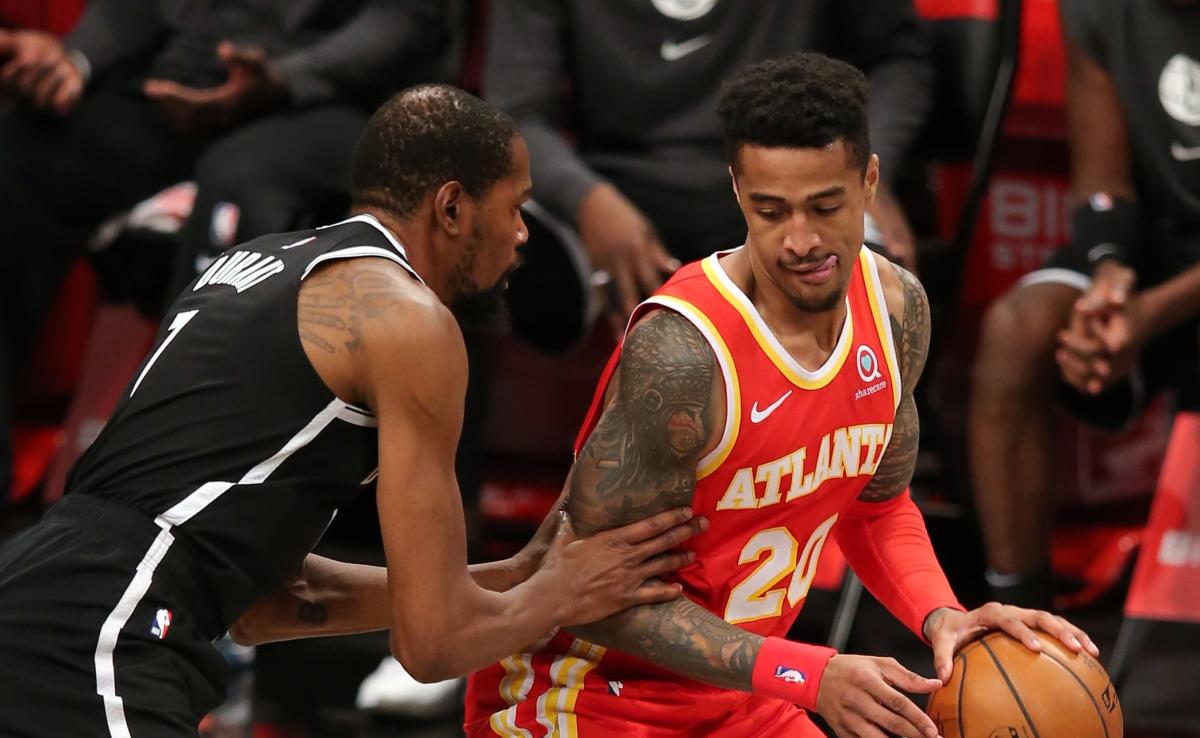 The Nets are 9-10 to start the season, and it’s clear that the team is lacking an effective big man – particularly after being thoroughly outrebounded by a Joel Embiid-less Sixers.

It’s no secret that the Nets are a small team in terms of height. Starting center Nic Claxton is 6’11”, but is only 215 pounds which puts him at a disadvantage against most bigs in the NBA. Could Atlanta Hawks forward John Collins help in Brooklyn’s frontcourt?

On Nov.18, The Athletic’s Shams Charania reported that the Hawks have opened up trade discussions on Collins as they look to change their offensive scheme. Collins provides many things, like shooting and athleticism, but not size. However, Collins would help spread the floor for Kevin Durant and Kyrie Irving and provide more versatility.

Ultimately, Collins’ contract makes any trade hard for a Nets team that is currently paying large contracts to Durant, Irving, and Ben Simmons. Time could force a move.