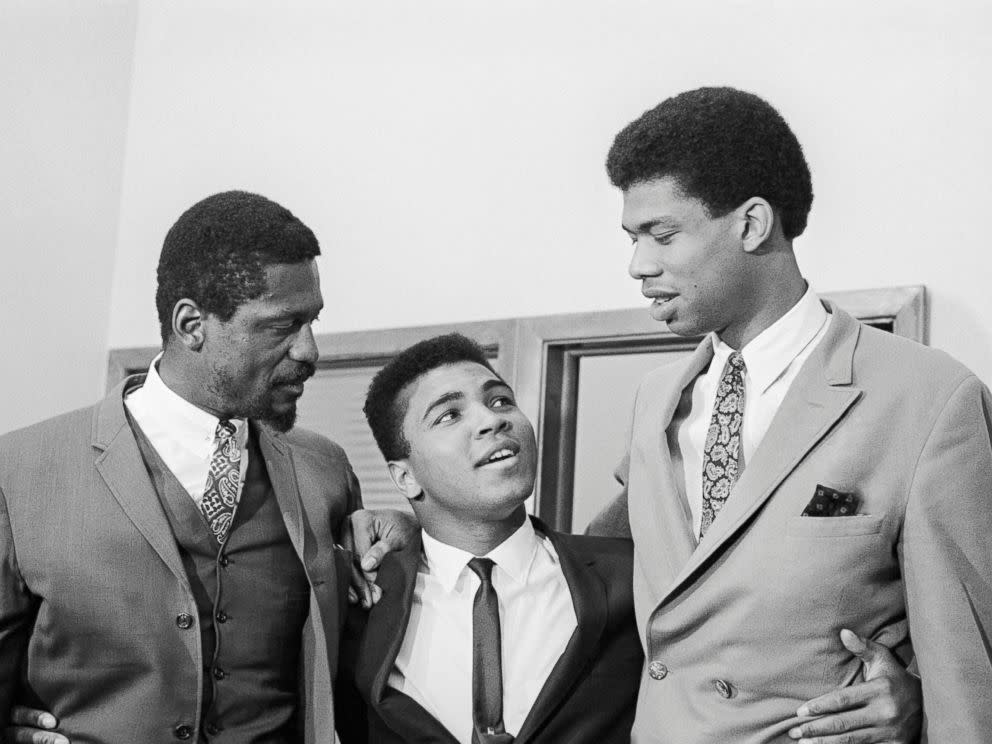 Representative Ayanna Pressley and several other elected officials from the state of Massachusetts put together a House Resolution honoring the life and legacy of Boston Celtics Hall of Fame big man Bill Russell this week.

Russell passed away at the end of last July and was one of the true national treasures of the modern world. The Celtic great not only contributed to society as his sport’s ultimate winner with a total of 11 NBA titles to his name amongst countless other accolades but also used his platform at great personal risk to help others in the US Civil Rights movement and many other causes right up to the present day.

From the resolution drafted by Congresswoman Pressley:

“Bill Russell was an undisputed champion both on the court and off, and he was an unapologetic advocate for a more just and equitable world. But most importantly, he was a man with a family and beloved community,” said Pressley.

“Congressional intent is powerful, and a resolution is a statement of Congress’ appreciation for Bill Russell’s endless contributions throughout his lifetime. I give my heartfelt condolences to his loved ones. May he rest in peace and power.”

“Bill Russell’s legacy as a leader, role model, and civil rights icon cannot be overstated,” related Congressman James P. McGovern. “On the court, he was the greatest winner in American team sports history, but his courage and conviction off the court are really what sets him apart.”

“In Massachusetts and across the country, he was never afraid to stand up for what’s right in the face of criticism and threats of violence, and there’s no doubt in my mind our world is a better and more equitable place for it.”

“I was fortunate to grow up during Bill Russell’s amazing career as an 11-time Celtics champion, both as a player and later a coach,” offered Rep. Stephen F. Lynch.

“He was a trailblazer in the NBA and lifelong champion for civil rights, and his life’s work and noble example will serve as a guide for generations to come.”

“A trailblazer on and off the court, Bill Russell was a civil rights champion whose impact can be felt far beyond Massachusetts,” shared Assistant Speaker Katherine Clark.

“A talented, kind, and courageous man, Russell persevered through an era of intense racism and abuse and succeeded beyond anyone’s expectations. It’s an honor to join my colleagues in marking his legacy and commemorating the life of a man who will be deeply missed.”

“Bill Russell was an inspiration on and off the court. He was an unparalleled competitor who won every big game he played in. He was also a champion for justice. I am honored to join my colleagues to honor the life of a great American,” noted Rep. Jake Auchincloss.

“Bill Russell stands alone as the greatest champion in the history of team sports. He was a remarkable 21-0 in winner take all games, and my personal favorite athlete of all time. But what sets him apart from everyone else was his lifetime of activism for civil rights,” related Congressman Bill Keating.

“Bill Russell stood taller than anyone on the basketball court, and he had the courage to risk his celebrity to stand up for justice in Boston and across the United States,” said Congressman Moulton.

“Yes, we are grateful that the greatest champion in sports is a Celtic, but we are also thankful he was an unparalleled champion for the rights and dignity of all of us. May he rest in power.”

“For so many here in Massachusetts and across our nation, Bill Russell is an inspiration. Those of us who have followed Bill’s career for decades know that both on and off the court, he always worked to improve the people around him,” offered Congresswoman Lori Trahan.

“There’s no question that our Commonwealth and our country are better off today because of his tenacity, his advocacy, and his leadership. I’m honored to join with my colleagues to introduce this resolution to honor Bill’s life and legacy.”

“Bill Russell was a hero, a disruptor, a leader, a giant,” suggested Senator Markey. “He was brilliance, fairness, and justice personified. The greatest winner in the history of all sports and the conscience of our city and country.”

“We honor Bill Russell’s legacy as a Celtic, a champion, and a crusader. With a heavy heart, we express our deepest condolences to his friends and family and his fans for this loss.”

“Bill Russell was a legend on and off the court,” related Senator Warren.

“Not only did he help lead the Celtics to an astounding 11 NBA championships, but he was also committed to courageous and righteous fights—marching alongside Dr. Martin Luther King, Jr., speaking out against segregation in Boston public schools during the prime of his career, and regularly championing civil rights and racial justice.”

“I’m thankful to partner with Senator Markey and Representative Pressley to honor his legacy,” she added.

To read the full text of it, click here.