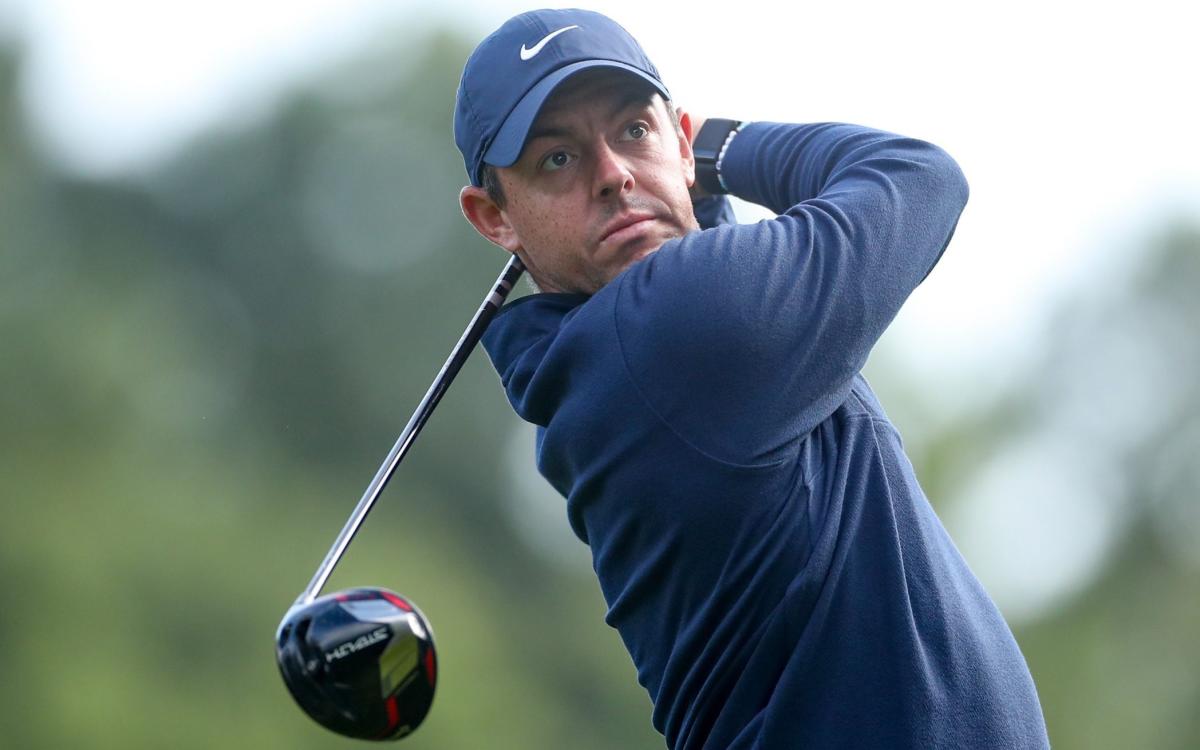 On the day that one of the world’s top 10 players advocated Rory McIlroy for the American presidency, the Northern Irishman showed he was the “Comeback Kid” with a resounding second nine at the Italian Open.

McIlroy was so fed up after going through his first eight holes in one over par, that he angrily threw his ball into a lake. But after saving a par on the 18th (his ninth), he recovered his poise to play the remaining seven holes in five under, a run kickstarted when he holed out from the fairway on the third (12th) for an eagle.

McIlroy’s 68 gave him a share of the clubhouse lead in a group including Englishman Eddie Pepperell at Marco Simone Country Club. Matt Fitzpatrick is on five-under with three remaining, after play was suspended due to the earlier threat of thunderstorms at the Rome venue which will next year stage the Ryder Cup.

It was an impressive inward half of 30 by McIlroy, who is looking for his third victory of the year, which would take him one sizeable step towards his ambition of adding the DP World Tour’s order of merit to the FedEx Cup, the PGA Tour equivalent which he won last month.

Earlier, Will Zalatoris, the American 26-year-old with three major runners-up finishes in the last two years, hailed McIlroy’s hardline stance on the LIV Golf Series and his partnership with Tiger Woods that convinced the PGA Tour to overhaul its schedule to try to stave off the Saudi-funded breakaway circuit.

McIlroy has recently been called “the game’s hero” and “the man who saved professional golf”, but Zalatoris went a step further, saying: “If Rory was born in the United States, I’d vote him for president because he’s just one of the most intelligent, well spoken, introspective people I’ve ever met,” Zalatoris, the world No 8, told the In Depth podcast. “He’s such a good custodian of the game. We’re lucky to have a guy like that.”

LIV’s fifth three-day event begins in Chicago on Friday, with chief executive Greg Norman saying he is no longer seeking a truce with the PGA Tour.

“We now have no interest in sitting down with them, because our product is working,” he told the Australian. “This notion that we are trying to destroy tours is not true. The PGA Tour is trying to destroy us.”