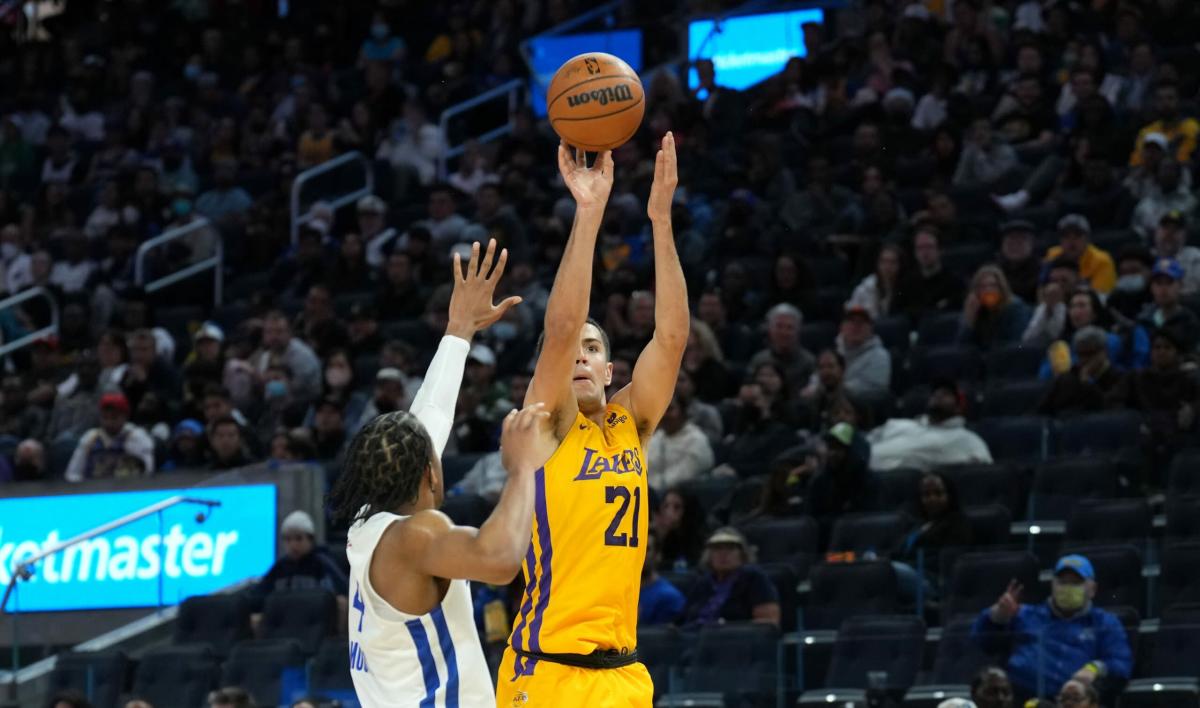 Great basketball was played at the California Classic over the past two days, and Cole Swider definitely had himself two great games. Swider was able to do a lot for this Los Angeles Lakers Summer League team this weekend, and what stood out the most has been his 3-point shooting.

Swider showcased a silky-smooth stroke while shooting 5-8 from three versus the Golden State Warriors. The undrafted rookie from Syracuse really moved well without the basketball and was able to navigate pockets of space to work himself open for easy shots.

Not only did he do a good job shooting the ball on catch and shoot opportunities, but he also was able to attack and made good decisions when attacking while limiting his turnovers. With his size and versatility, he showcased why the Lakers need to make him a priority. Three-point shooting is at a premium in this league and having a guy who is 6-foot-9 and can play multiple positions helps a lot.

Swider has all of the tools to fit right in as a legitimate NBA player. He just needs to build out his frame and become a better defender. He will be posted up on bigger players if he were to make the team, so building his frame more and getting stronger is always a plus. Lakers fans have a reason to get excited with the young prospects they are developing for the team.