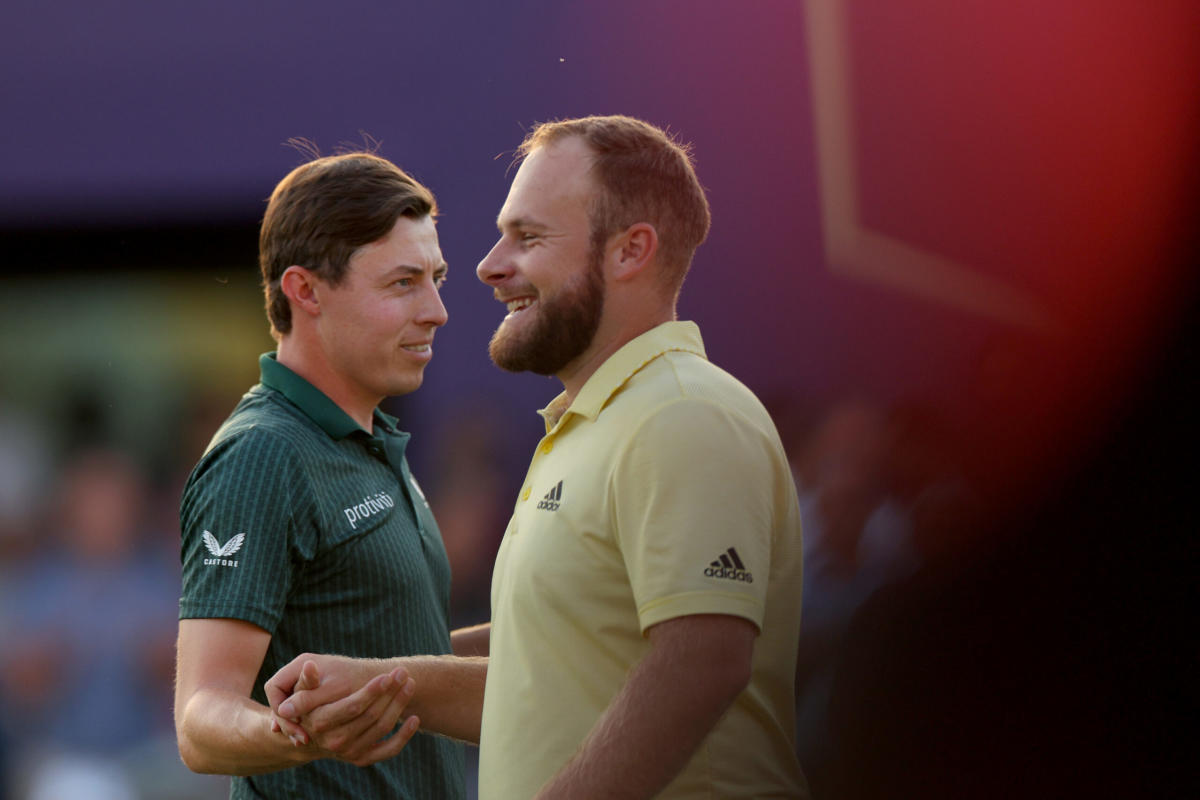 Tyrrell Hatton was thrilled with his par save on the 18th hole.

The crowd at Jumeirah Golf Estates? Not so much.

Hatton’s tee shot on the par 5 went into the creek meandering the fairway, so he dropped his ball about 250 yards from the green. He smoked a 3 wood  and two-putted for par. This comes a day after making bogey on the closing hole.

Yet the fans encompassing the green didn’t give much of a response to his shot.

“That’s probably one of the best 3-woods I’ve hit in my life, to be fair, and I didn’t realize it was as close as it was,” Hatton said. “It was a tough crowd on 18. Nice way to finish the day.”

Hatton fired a second-round 5-under 67 and remains tied with Matt Fitzpatrick at 12 under with 36 holes left in the DP World Tour Championship in Dubai. The duo played together Friday after matching 65s on Thursday, and they again copied each other in the second round.

Hatton’s round consisted of eight birdies, three bogeys and the clutch par save on the 18th. Meanwhile, Fitzpatrick’s first bogey of the week came on the 12th hole, but he countered with three birdies on the front and back nine to maintain a share of the lead.

See also  Jack Nicklaus once told former tennis pro Mardy Fish he should be pursuing a career in golf; this week he is at 3M Open

Fitzpatrick has won twice before at the DP World Tour Championship. A third win would help him clinch the season-long points race.

“I feel really comfortable with where my game is at, particularly after three weeks off and looking forward to the weekend,” Fitzpatrick said.

The duo has a three-shot lead on Alex Noren and Adri Arnaus, who sit at 9 under. Jon Rahm, who shot 6-under 66 on Friday, is at 8 under and tied for fifth.

Rory McIlroy, the top-ranked player in the world and leader in the DP World Tour points race coming into the week, shot 4-under 68 on Friday and is T-11.

If Fitzpatrick, who is third in the points race, were to win, McIlroy would need to finish solo second or in a two-way tie for second to win the DP World Tour season-long championship.