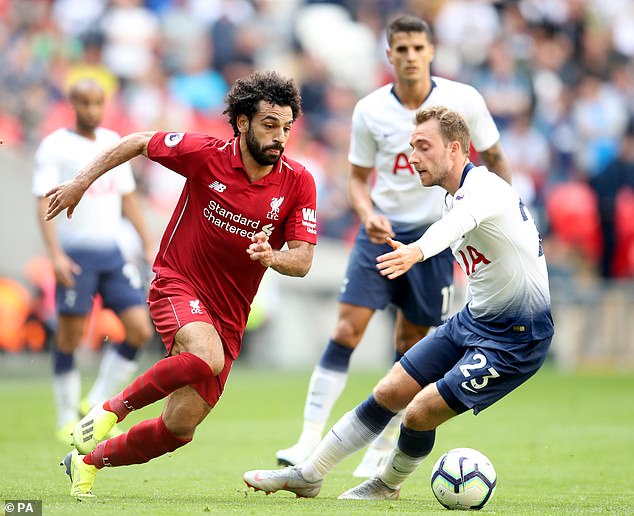 Manchester United star Christian Eriksen says Mohamed Salah is the toughest player he has come up against from Africa.

The 30-year-old Dane is an experienced international who has played for the likes of Tottenham, Inter Milan and now United.

He has competed against the likes of Sadio Mane, Riyad Mahrez and Yaya Toure but for him Salah is the best he’s faced from the continent.

‘I would have to say Salah,’ said Eriksen (via HITC). ‘He has been in the Premier League for a few years and also previously at Chelsea.

‘But to play the level he has done, over the last few years, it has been pretty impressive.’

Salah’s first taste of the Premier League came with Chelsea but he failed to make such of an impact.

An impressive spell with Roma persuaded Liverpool to bring him back to England in 2017 and he has since established himself as one of the best players in the league.

A three-time golden Boot winner, some argue he deserves a spot in the all-time Premier League XI.