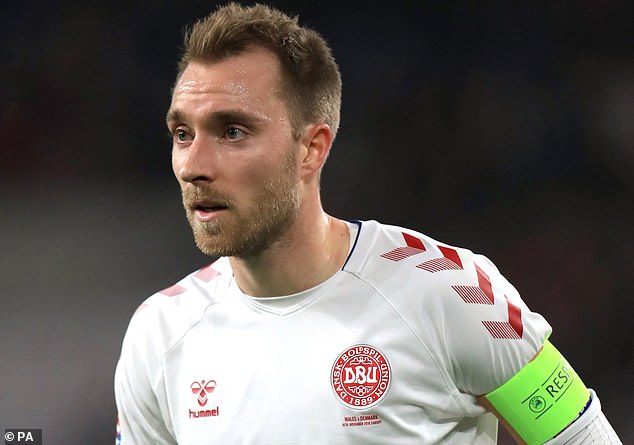 Christian Eriksen receives his first Denmark call-up since suffering a cardiac arrest at Euro 2020 last summer, with the Brentford midfielder set to make an emotional return to international football in friendlies later this month

Christian Eriksen has received his first call-up for Denmark since his cardiac arrest at Euro 2020 last summer.

Eriksen, 30, has been absent for his country since collapsing at the major tournament on June 12, but having regained match fitness with new club Brentford he is now set to make an emotional return later this month.

On Tuesday Denmark boss Kasper Hjulmand revealed his 23-man squad for their upcoming friendlies against Holland and Serbia, and the former Tottenham man was included.

It marks a miraculous turnaround for Eriksen after his scare during Denmark’s opening Euro 2020 defeat against Finland at Parken Stadium back in June.

He will return to the very same arena for their friendly against Serbia on March 26, which promises to be a moving occasion in Copenhagen.

Eriksen was plying his trade with Inter Milan at the time of his cardiac arrest, but after being fitted with an Implantable Cardioverter Defibrillator – a special heart-starting device – the Serie A club were forced to terminate his contract.

The device is not permitted in Italian football, meaning Eriksen was released from his deal and made a free agent at the end of last year.

He then sealed a move to Brentford in January, putting pen to paper on a six-month contract with Thomas Frank’s side.

Frank did not throw him back into action for 26 days after getting the signing over the line, instead allowing him to rebuild fitness and sharpness in training.

But his second debut in English football, coming eight-and-a-half years since his first Premier League appearance for Spurs, eventually came off the bench against Newcastle on February 26.

Eriksen has started the Bees’ last two matches against Norwich and Burnley, registering a vital assist in their latter victory on Saturday.

Frank recently championed the midfielder’s potential return to international football, insisting he is ready to feature for Denmark again from a physical standpoint.

‘Of course it is up to Kasper to decide. Fitness-wise? He is ready,’ he said.

‘He played 90 – actually 98 – minutes against Norwich, hopefully he plays 90 against Burnley and 90 against Leicester, then that is a very good number of minutes.

‘It is not like he has never played football before or tried anything. He is a very experienced player and person but I think that is a conversation for Christian and Kasper to have together.’