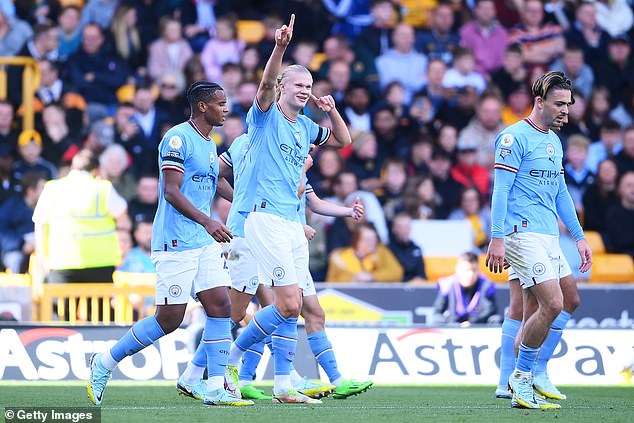 In the red corner, Lisandro Martinez. In the blue corner, Erling Haaland. At first glance, it looks a mismatch and one that could possibly decide Sunday’s Manchester derby at the Etihad.

Haaland has monstered Premier League defences since joining City for £51.2million, scoring 11 goals in his first seven games. Throw in the Champions League, and it’s 14 in nine.

At 6ft 4in, he also towers over Martinez by seven inches. The tale of the tape doesn’t tell the full story about United’s new £55.3m defender, however. Martinez might be the smallest centre back in the Premier League at 5ft 9in, but he makes up for it with his tenacity and reading of the game. 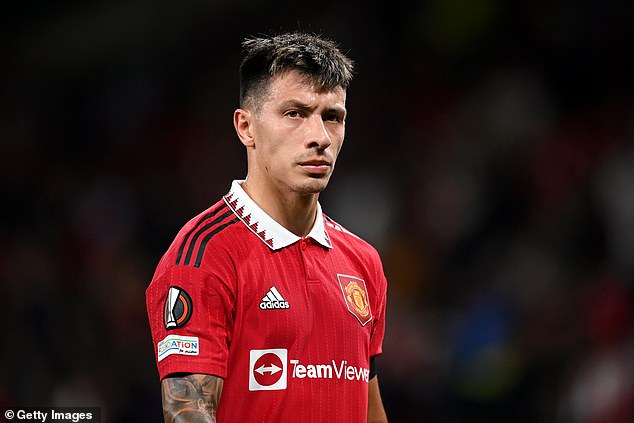 The 24-year-old has faced questions about his size ever since he was released by his boyhood team Newell’s Old Boys in Argentina. It’s a touchy subject and one he has grown weary of discussing.

Martinez prefers to be judged on his track record. He made his name at Defensa y Justicia in Buenos Aires before moving to Holland.

When Ajax met Borussia Dortmund in last season’s Champions League group stage, Martinez had Haaland in his pocket as the Dutch side ran out 4-0 winners in Amsterdam. The prolific Norwegian missed the return game, which Ajax won 3-1, due to a hip injury. 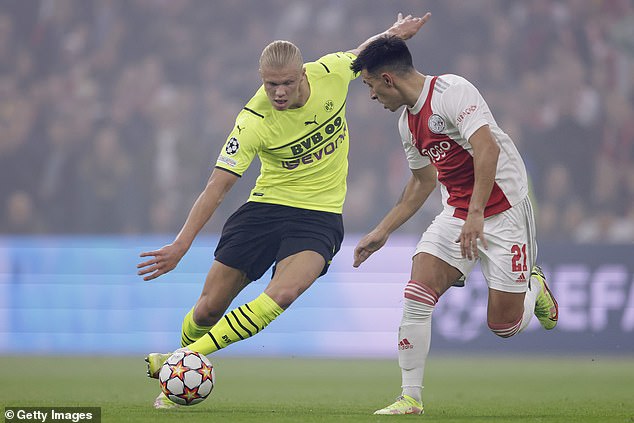 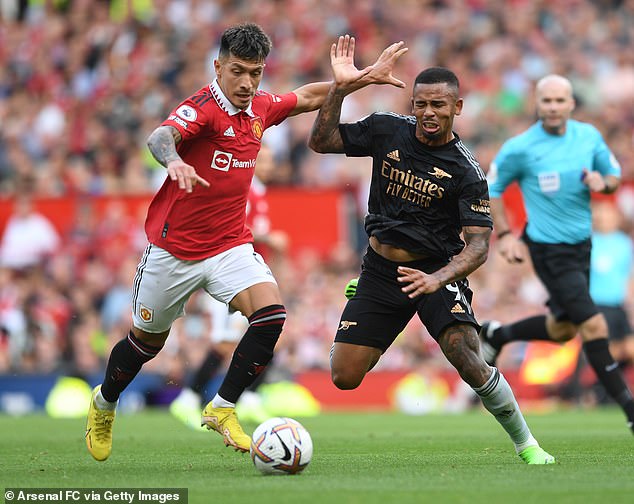 Erik ten Hag’s game plan with Ajax was to press Dortmund’s midfield to cut off the supply to Haaland. Whenever the ball did reach him, Martinez rushed in to nick it off his opponent’s toes or stop him from turning. It worked.

Haaland had three of Dortmund’s four shots on target, even forcing goalkeeper Remko Pasveer to tip one effort on to the bar. But by his standards it was a very quiet night.

Afterwards Ten Hag made a point of congratulating Martinez in front of his team-mates in the dressing room. The United boss would certainly settle for a repeat on Sunday after taking Martinez to Old Trafford this summer, beating Arsenal to sign his old player.

He describes Martinez as ‘a warrior’ and there is no doubt that he fits the mould of a typical Argentinian enforcer. His nickname at Ajax, the Butcher of Amsterdam, was well earned. Lack of height wasn’t a problem for Martinez either as he made more headed clearances last season than any of his team-mates. He also averaged more passes than any other player in the Dutch league last term. 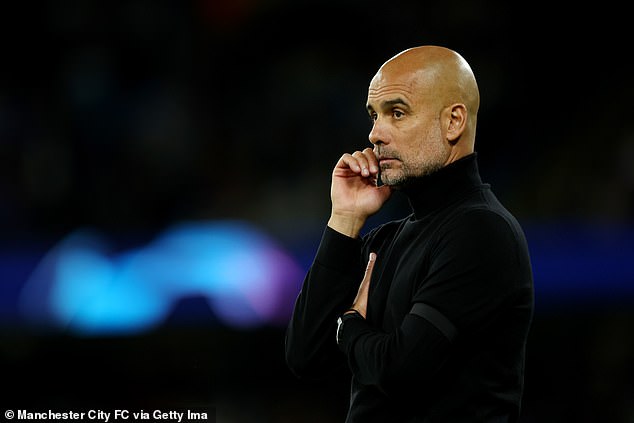 ‘In Argentina, we are very passionate about what we do,’ says Martinez. ‘When we go to play football, we do it for the food of our families, our friends, our girlfriends. Every ball is a matter of life or death. They gave me the nickname but I’m not one to go flying in, I like to play more.’

Raised from humble beginnings in the city of Gualeguay, where sometimes his family could only afford to eat once a day, Martinez’s father Raul took him to work at a building site at a young age.

‘You see, son, this isn’t for you,’ he said. ‘You must keep fighting for your dream.’ Martinez didn’t forget that during the difficult early days away from home at Newell’s Old Boys when he was 14. 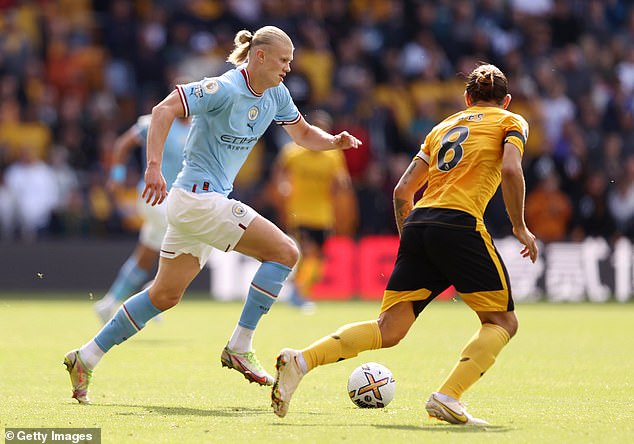 At Ajax, he recalled ‘feeling like going home and crying’ after struggling to adapt to the pace and intensity of training. On his international debut for Argentina, Martinez was subbed at half-time against Venezuela in Madrid.

Each time, he used adversity and criticism to come back stronger. A keen student of the game obsessed with developing his talent, he would even watch the eight-year-olds train at Ajax to immerse himself in the principles of the club. He has tried meditation and yoga for self-improvement.

Strength of character was certainly needed during a torrid start at United. After making his debut in the opening-day defeat by Brighton, Martinez was hooked at half-time in the horrendous 4-0 loss at Brentford, prompting more questions about his size and suitability for English football. 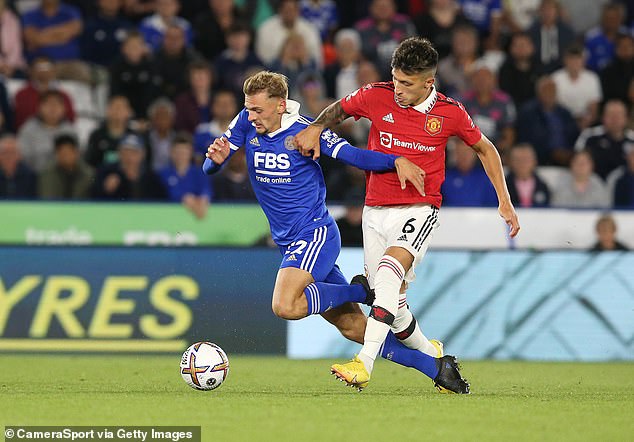 Ten Hag kept faith, dropping Harry Maguire instead of Martinez and playing him alongside Raphael Varane.

United have won all five games with that partnership. Martinez was man of the match against Liverpool and subdued Arsenal’s in-form Gabriel Jesus.

He was voted United’s player of the month for September and has become something of a cult figure among fans who chant ‘Argentina, Argentina’ just as they did for his idol Gabriel Heinze.

Now he faces his biggest test yet in what will also be Haaland’s first Manchester derby. It’s a tall order, but Lisandro Martinez has always been up to the challenge.