I want to thank you for your consideration and assure you that if I were fortunate enough to receive an exemption, I would make you and the tournament proud.

That was a line from Chris Gotterup’s letter to the John Deere Classic’s tournament director earlier this year. Gotterup, the reigning college player of the year out of University of Oklahoma, was asking for a sponsor exemption.

Gotterup ended up receiving an invite, and he delivered on his promise. He birdied each of his last three holes to shoot 5-under 66 and notch his best career PGA Tour finish, a T-4 showing.

“I honestly forgot I wrote that part, so it’s pretty cool that it came to fruition,” Gotterup said. “… It’s been an awesome week and a special week at a really cool place that I’ll probably be coming back to hopefully for a long time.”

Gotterup’s previous best PGA Tour finish came earlier this year as an amateur when he tied for seventh at the Puerto Rico Open. Since turning pro, Gotterup has made three of four cuts, including at the U.S. Open, where he shared 43rd place.

In those starts, he amassed 32 non-member FedExCup points. After adding 122.5 points to that haul on Sunday, he likely has secured his place in the Korn Ferry Tour Finals, where 25 PGA Tour cards will be up for grabs.

See also  Stacy Lewis, 36, explains why now was the right time to be Solheim Cup captain

He just has to finish the regular season with more non-member points than the No. 200 player in the FedExCup.

Entering this week, Aaron Baddeley was on that number with 73 points. He’ll need to get to 287 points (the equivalent on No. 150 last season) to earn special temporary status and unlimited sponsor exemptions.

“Just more validation that I do belong out here,” said Gotterup, who is in the field for next week’s Barbasol Championship by way of his top-10 finish. “And honestly, I didn’t have my greatest stuff this week. Hit it amazing, but just putted pretty poorly until coming down the stretch.”

After 15 putts and eight pars through eight holes, Gotterup kickstarted his round with a chip-in birdie at the par-4 ninth. He finished the week ranked first in driving distance (317.4 yards) and second in both strokes gained off the tee and approach the green. He was also 55th in strokes gained putting.

He did, however, sink three putts outside of 11 feet on his final three holes to nearly nab an Open exemption as well. He ended up four shots back of winner J.T. Poston but just two shots shy of punching his ticket to St. Andrews via the Open Qualifying Series.

“I was getting frustrated,” Gotterup said. “Hard not when you see everyone flying up the leaderboard and your name is sitting there and slowly drifting back. Yeah, and then honestly if I don’t chip in on 9, I don’t think it turns out the way this round turns out, just because I go from a par to kind of not-so-great momentum, and then chip in and get the ball rolling.”

“So, that was the shot of the tournament and probably my life right now.”

If he keeps this up, Gotterup figures to have many more shots of his life out on Tour. 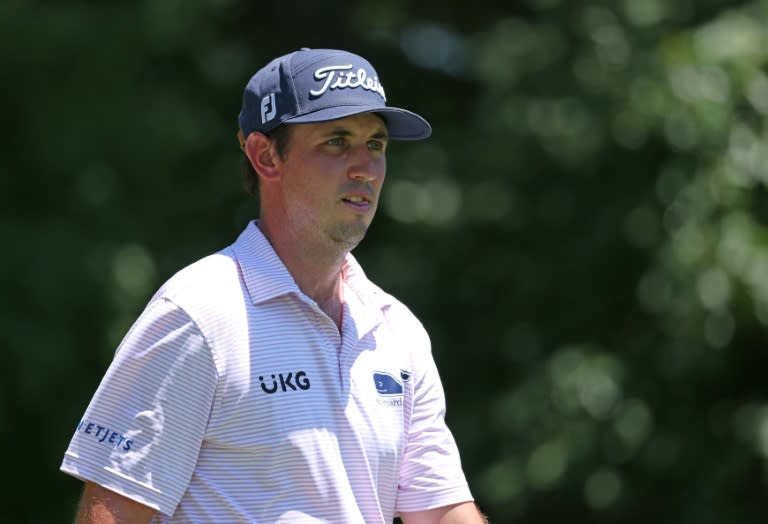