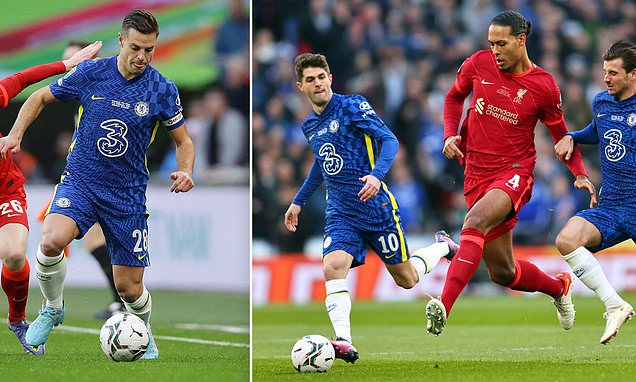 Chelsea vs Liverpool LIVE: Mason Mount misses TWO big chances either side of half-time in Carabao Cup final at Wembley, after Edouard Mendy made a brilliant double save to keep Blues level

Chelsea and Liverpool renew their rivalry on Sunday when they meet in the Carabao Cup final.

Thomas Tuchel and Jurgen Klopp have both been crowned European champions with their respective sides, but neither has won a cup in English football.

Chelsea last won the competition in 2015 but it is a decade since Liverpool got their hands on the prize.

Follow Sportsmail’s SAM BROOKES for live coverage of Chelsea vs Liverpool in the Carabao Cup final, including build-up, team news and updates. Kick-off is at 4.30pm.