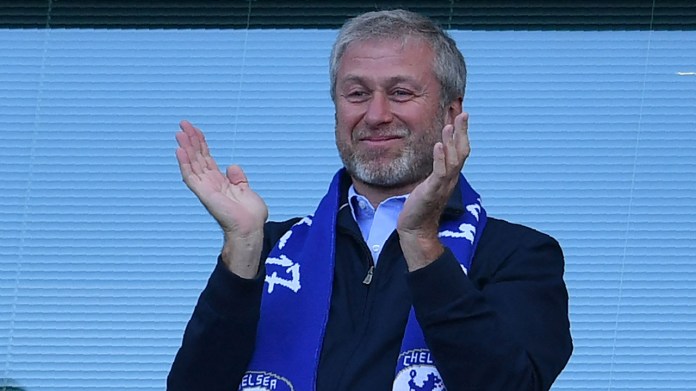 Latest Chelsea News: “Your input and passion made it possible,” Chelsea manager
Thomas Tuchel told Roman Abramovich as the pair celebrated a 19th trophy of the Russian billionaire’s reign as owner at the Club World Cup earlier this month. Follow Insidesport.IN For more updates

Just a few weeks on, the future for Abramovich and the London club he has owned since 2003 is unclear as Russia wages war on Ukraine.

Abramovich’s attempt to take some heat off the European champions by handing “stewardship and care” of the club to trustees of the Chelsea Foundation has been met with cynicism and confusion.

The 55-year-old, whose fortune is worth $13.6 billion according to the latest data from Forbes magazine, remains the owner and reportedly has no intention yet to sell his stake.

Tuchel meanwhile confirmed after Sunday’s League Cup final defeat by Liverpool that the day-to-day running of the club would not be affected with director Marina Granovskaia and technical and performance advisor Petr Cech still in position.

The Telegraph and BBC reported some unease among the Chelsea Foundation trustees at the legal implications and reputational damage they could suffer by taking on the role.

Abramovich has not been named on a growing British sanctions list targeting Russian banks, businesses and pro-Kremlin billionaires.

See also  Rehashing failed police claims about Hillsborough is not free speech. It is cruel and wrong | Hillsborough disaster

But British Liberal Democrat MP Layla Moran used parliamentary privilege last week to name Abramovich as one of 35 “key enablers” to President Vladimir Putin who should be sanctioned personally by the UK.

Should such reprisals be forthcoming, it remains unclear where Chelsea would stand.

“In a legal context stewardship means no more than the job of supervising or taking care of something, in other words the job of ‘caretaker’,” said sports lawyer Stephen Taylor Heath.

“Should the government decree that Abramovich should not be in control of the club, the Premier League would immediately have to analyse whether ownership of the club has in fact been transferred to the trust.”

The latest accounts from Chelsea’s parent company Fordstam Ltd showed the soft loans from Abramovich to the club have now exceeded £1.5 billion ($2 billion).

Chelsea have profited from two decades of unprecedented success as a result.

The Blues had one league title in their history prior to a takeover that started the wave of major foreign investment in English football and helped hyperinflate the cost of transfer fees and wages.

In those glorious early years of Jose Mourinho’s time as manager, Chelsea’s sugar daddy was a regular attendee at Stamford Bridge.

Twice Mourinho suffered against the more ruthless side of Abramovich. Sackings have been almost as common as silverware with Tuchel the 13th man to take the job in the past 19 years.

Abramovich’s appearances gradually became more fleeting and there were questions over whether his interest would be maintained after delays in the renewal of his UK work visa saw him withdraw his application in 2018.

But Chelsea pounced when the coronavirus pandemic decimated the cash reserves of many other clubs across Europe with a £220 million spending spree in the summer transfer window of 2020.

That investment paid off by winning the Champions League for the second time last year.

Abramovich attended the final against Manchester City in Porto and celebrated the triumph with the players on the pitch.

Those images were recreated on February 12 as Chelsea won the Club World Cup for the first time in Abu Dhabi to complete the set of winning every available trophy in the Abramovich era.

“Picture perfect” tweeted the club’s Twitter account alongside a photo of the owner holding the trophy aloft.

Abramovich would not have been there to celebrate even if Chelsea had been successful at Wembley on Sunday where players and fans came together to show solidarity for Ukraine.

A Chelsea statement on Sunday morning “praying for peace” without a single mention of Russia only inflamed criticism of the club.

After years of taking Abramovich’s money, Chelsea now potentially face the cost of trying to distance themselves from the man that put them among Europe’s elite clubs.