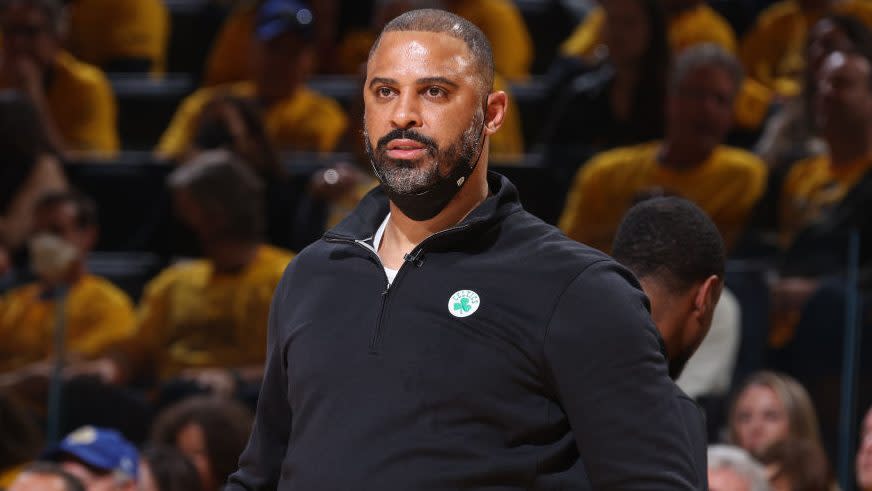 The Boston Celtics’ push to return to the NBA Finals and take one more step is stumbling out of the gate.

Celtics’ coach Ime Udoka faces a possible “significant” suspension for an alleged violation of team rules by having a consensual but improper intimate relationship with a member of the Celtics staff, according to multiple reports.

From Adrian Wojnarowski of ESPN:

Boston Celtics coach Ime Udoka is facing disciplinary action that is expected to include a significant suspension for an unspecified violation of organizational guidelines, sources told ESPN on Wednesday night. The Celtics are expected to come to a decision on the length of that suspension as soon as Thursday, but it isn’t believed that Udoka’s job is in jeopardy, sources said.

Woj then added that Udoka could be out for the entire season.

Shams Charania of The Athletic filled in the details.

It’s unclear who would take over interim coaching duties and run training camp during the suspension. However, Woj suggests it could be Joe Mazzulla, but also on staff are Damon Stoudamire, Ben Sullivan, Aaron Miles and Tony Dobbins.

Udoka was Brad Stevens hire to replace himself when Stevens jumped up to the front office, and in his first season he led the Celtics to 51 wins and a trip to the NBA Finals. Udoka did it with a focus on defense — the Celtics’ defense was 5.4 points per 100 possessions better last season than the year before (the emergence of Robert Williams helped).

Boston upgraded its roster in the offseason with the addition of Malcolm Brogdon, and expectations are sky high. How significant a setback this proves to be remains to be seen, but it’s not an ideal start.