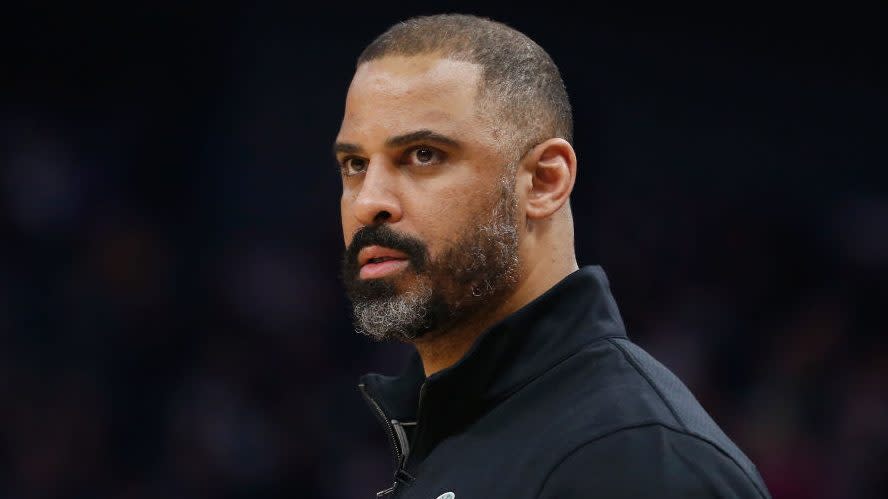 Ime Udoka, the coach who in his first season helped the Boston Celtics find their identity and ride that all the way to the NBA Finals, has been suspended by the team and will not coach in the 2022-23 season.

The Celtics officially said the suspension was due to “violations of team policies.” Multiple reports say the violation was a consensual but improper intimate relationship with a Celtics staff member (a transgression because of the power dynamic in play).

Udoka released this statement to ESPN:

“I want to apologize to our players, fans, the entire Celtics organization, and my family for letting them down. I am sorry for putting the team in this difficult situation, and I accept the team’s decision. Out of respect for everyone involved, I will have no further comment.”

Despite rumors he might, Udoka did not resign. Whether he returns to the Celtics or not in future years is not yet decided, he was not given a guarantee he would be brought back.

This is not new to the NBA, Gersson Rosas was fired as the Timberwolves GM for having an extramarital affair with a female Minnesota staff member last year (among other concerns).

Assistant coach Joe Mazzulla reportedly will be asked to guide the Celtics (Boston lost its lead assistant last season, Will Hardy, who took over the head coaching job with the Utah Jazz). It’s a lot to put on the 34-year-old coach, a rising star in the industry — he interviewed for the Jazz job this summer — who has been thrust into the spotlight. The Celtics also will be without center Robert Williams to start the season as he undergoes another knee surgery, and they lost reserve forward Danilo Gallinari to a torn ACL.

The Celtics’ decision to come down hard on Udoka follows in the wake of — and may in part be a reaction to — the Robert Sarver situation in Phoenix. There, the behavior of the franchise owner — and a light punishment from the league — led to considerable backlash, with players speaking out and sponsors starting to pull away (Sarver has announced he will sell the team).

Udoka, who comes out of the Spurs/Gregg Popovich coaching tree, was hand selected by Brad Stevens to replace him on the bench when Stevens jumped to the front office. It took half a season and a couple of personnel moves, but the Celtics ultimately bought into what Udoka preached to them, finished the season on a 26-6 run, and carried that momentum into the playoffs.

The Celtics enter this season as one of the title favorites, but now have a coaching question to answer in an East that is unforgiving with the Bucks, 76ers, Heat, Nets and more.