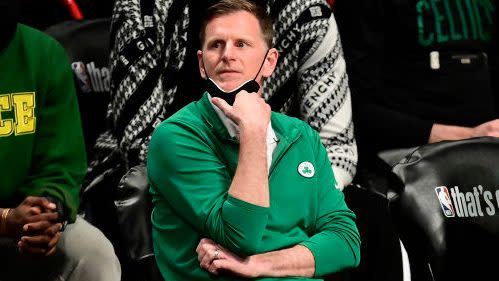 The Boston Celtics are reportedly looking for a veteran assistant to put on the bench next to 34-year-old Joe Mazzulla, the man thrust into the head coach’s chair for a title contender in the wake of Ime Udoka’s suspension.

Who better than a guy who spent nine years on the Celtics’ bench? Boston reached out to Jay Larranaga, currently on the Clippers bench, about returning to the East Coast, reports Adrian Wojnarowski of ESPN.

The Clippers had no turnover on Tyronn Lue’s staff heading into this season. Mazzulla has become a trusted member of the Clippers staff, working a lot with the big me on the roster. However, if the Celtics back up the Brink’s Truck, the Clippers will not stand in his way if he wants to leave. It’s a question of comfort level, lifestyle, and of course money for Larranaga.

The Celtics made Mazzulla their interim head coach after an investigation found a “volume of violations” of team policy by Udoka, who had an improper relationship with a team staff member. So far the Celtics and Udoka have been able to keep the details of what happened under wraps, but league sources described the situation to NBC Sports as “ugly” and “messy,” especially if/when those details do find their way to the public.

For Celtics players, just getting back on the court, practicing Tuesday and focusing on basketball — not the turmoil around the franchise — was a good thing.

“Once we got out on the court, it was just nice to get back out the court and review our defense and to talk about offense and doing what we do,” Al Horford told the Associated Press. “It’s a good thing to just play basketball. That’s what we’re here for. It’s important to just start this thing back up again.”

Getting another coach on the bench will be important for the Celtics as well.