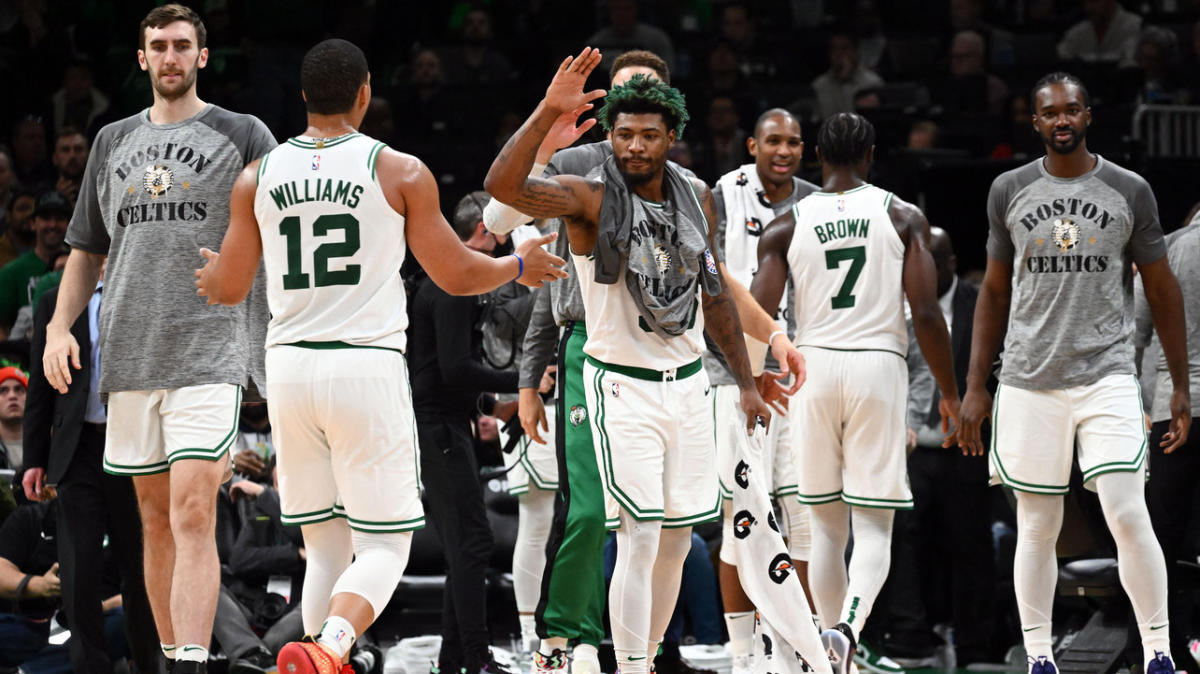 The Boston Celtics are on fire to start the 2022-23 NBA season and they’re showing no signs of slowing down.

They enter Friday night with an eight-game win streak headlined by the top offense in the league. Boston ranks first in points per game (120.4), third in field goal percentage (48.8), first in 3-pointers made per game (15.9), and fourth in 3-point percentage (38.7).

Forsberg: Celtics didn’t wait to fix what ailed them

So, what’s been the key to their success? Former C’s big man Kendrick Perkins joined Friday’s Celtics Pregame Live and shared his thoughts on the team’s hot start.

“It’s everything,” Perkins said. “It’s the camaraderie. It’s the MVP level of Jayson Tatum. It’s Jaylen Brown averaging a career-high (in points). Still no Robert Williams. And then, you look at the bench and the depth. When you talk about the Celtics, I strongly believe they have the deepest roster in the NBA.”

It’s tough to argue with that claim after seeing what the Celtics did against the Atlanta Hawks on Wednesday night. On a night where Tatum and Brown struggled, and Marcus Smart and Malcolm Brogdon were unavailable, the rest of the roster combined to shoot 17-for-30 from 3-point range. Payton Pritchard, Sam Hauser, and Luke Kornet combined for 44 points off the bench in the 126-101 victory.

“The other night when they played against the Atlanta Hawks, no Marcus Smart, no Malcolm Brogdon, no problem,” Perkins continued. “All of a sudden Grant Williams turned into the ultimate 3 guy, which he’s already been, but now he’s looking like the role player in the NBA. And then Payton Pritchard, who hasn’t been getting much of an opportunity, he comes in and fits in like he’s been playing all season long.

“Then you have Hauser coming in as a sniper. And so I’m like, ‘Dang, this team is deep.’ And we all know in order to win a championship, you have to be strong. You have to be deep because injuries happen, fouls happen, all those things happen. The Celtics have the recipe, they have the leadership, and they also have the depth to go back and complete the mission that they didn’t complete last season.”

The C’s have certainly played like they’re on a mission through the first 15 games of the campaign as they lead the Eastern Conference standings with a 12-3 record. They’ll look to keep the historic start going Friday night against the Pelicans.