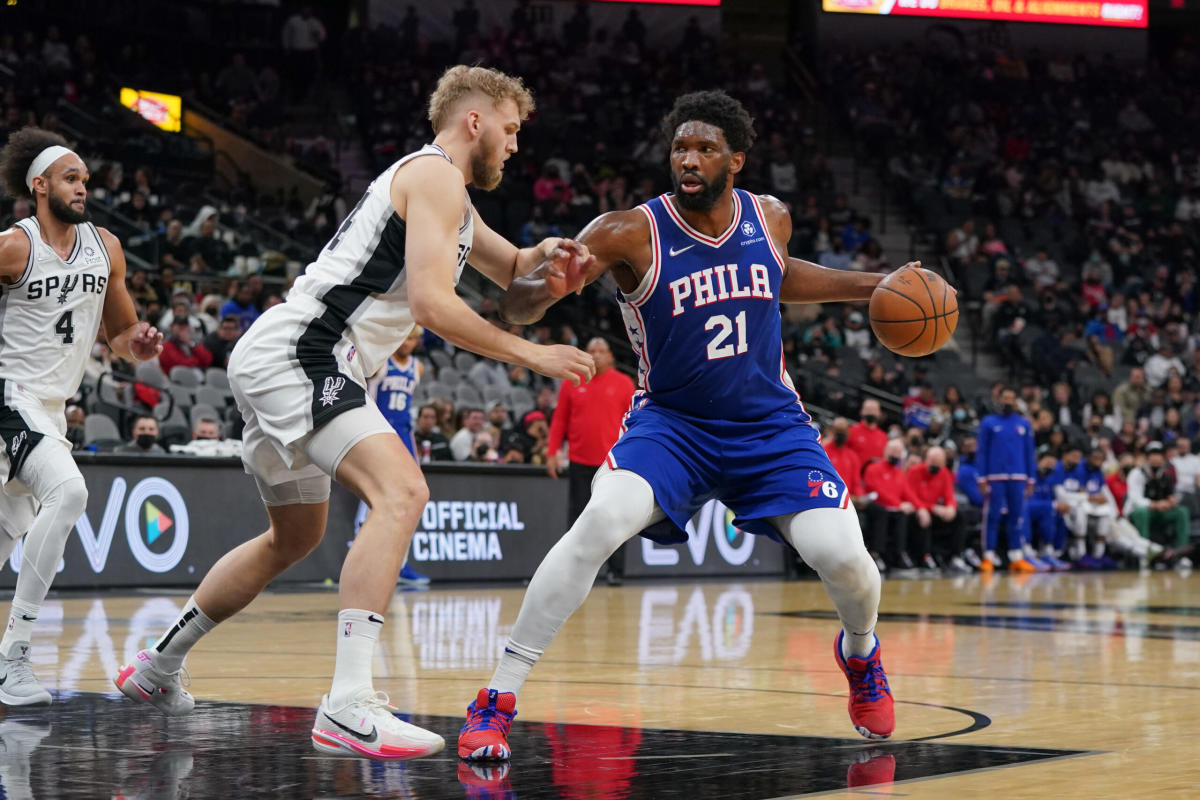 Philadelphia 76ers star big man Joel Embiid can do it all on the floor as a 7-foot big man. The big fella can take defenders off the dribble, he can knock down a 3-pointer, he can defend at an elite level, and he can carry his team to wins.

Therefore, he is considered one of the best players in the game and he is expected to help carry the Sixer to new heights in the 2022-23 season.

With the new season approaching, it is now time for some rankings. CBS Sports put together their own list of the top 100 players in the league heading into the new season and Embiid is ranked 6th on the list. He is ahead of LeBron James who is ranked 7th and behind Luka Doncic at No. 5.

Embiid was again arguably the most dominant player in the league last season, as he became the first center to lead the league in scoring since Shaquille O’Neal in his prime, and there’s no reason not to expect the same from the Sixers big man during the upcoming campaign. Having a legitimate offensive threat like James Harden alongside him could work to help open things up a bit for Embiid, who can literally do it all on the offensive end. Embiid is also an elite defender at the center spot. Embiid was the runner-up for the MVP for the second consecutive year last season, and as long as he can remain healthy he should be right back in the thick of that conversation again.

Embiid averaged 30.6 points in the 2021-22 season as he became the first big man to average 30 points in a season since Moses Malone in 1982. As he heads into the new season, the expectation is that he and James Harden will be able to lead Philadelphia to the mountaintop in their first full season together.

Sixers 3 goals: Danuel House Jr. has to bring 3-point shooting to the bench