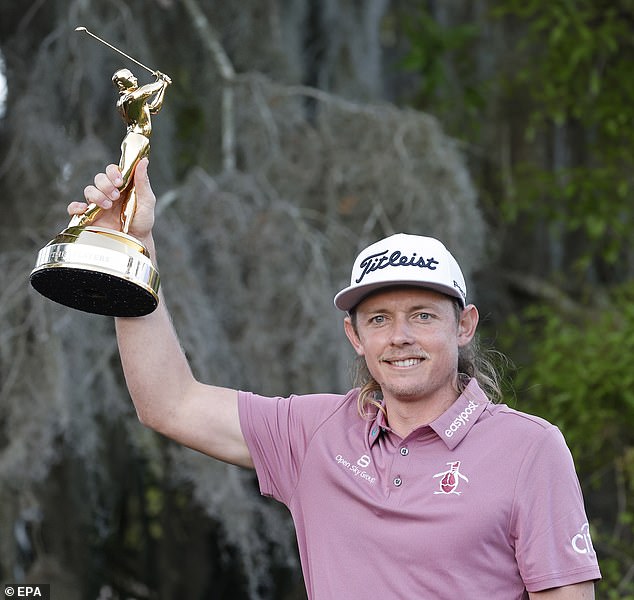 Paul Casey’s valiant attempt to become the first Englishman to win the Players Championship was thwarted by an otherworldly display of putting by Australian Cam Smith and an outrageous moment of atrocious fortune.

Two shots separated the pair in a fabulous contest as they came to the scary trinity of closing holes. Smith, with the advantage, blasted his tee shot into the trees at the risk/reward par-five 16th.

Casey hit a belter down the middle. All Smith could do was play back on to the fairway, 50 yards behind Casey’s drive. When Casey got to his ball, however, it was lying in a compressed spot on the otherwise pristine fairway. Instead of being able to go for the green with the chance of an eagle three, all he could do was punch the ball forward.

Casey’s face told the story as he walked off the green crestfallen after only a par. ‘That’s as bad a break as you can get,’ said David Feherty on American television.

So to the island green 17th. The flag was located just three yards from the edge of the water — and Smith’s tee shot finished between the flag and the water. Three strokes clear, it looked all over, but there was one more amazing twist, as Smith found the water with his second shot to the 18th. Creeping up behind, the engaging Anirban Lahiri from India birdied the 17th to pull within two shots.

Smith showed wonderful composure to get down in two to win by one from Lahiri, with Casey third. Casey’s consolation was a cheque for £1million, with Smith collecting £2.75m.

What a round by Smith, 28, who hails from Brisbane but lives here in Ponte Vedra. He had 13 one-putts, including nine in his last 10 holes, and just 101 for the week, the fewest by any champion. He also had a record 10 birdies in his 66. 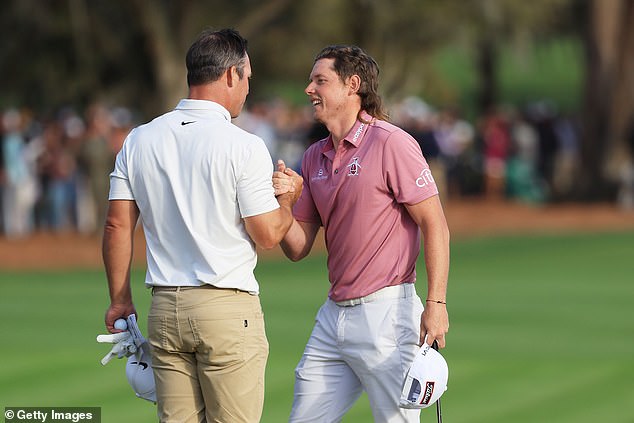 He also had three bogeys in a row to close out the front nine that had allowed plenty of other players to dream. Among them was Tyrrell Hatton, who mounted a thrilling charge until he went flag-hunting at the 17th and found the water.

American veteran Keegan Bradley was another whose chances ended in a watery grave. Now there were just three. Casey went into the final round just one shot off the lead held by Lahiri. He can be proud of his performance as the top trio kept a large Monday crowd gripped.

Smith was the only player ranked among the world’s top 10 who began the final round positioned in the top 10. What a start he made, becoming the first player in the 40-year history of the event to play the first four holes in four under par in the final round. He also birdied the sixth and at that stage it looked as if everyone else was playing for second place.

How quickly things can change as the drawn-out conclusion to this 40th anniversary edition proved well worth the wait. 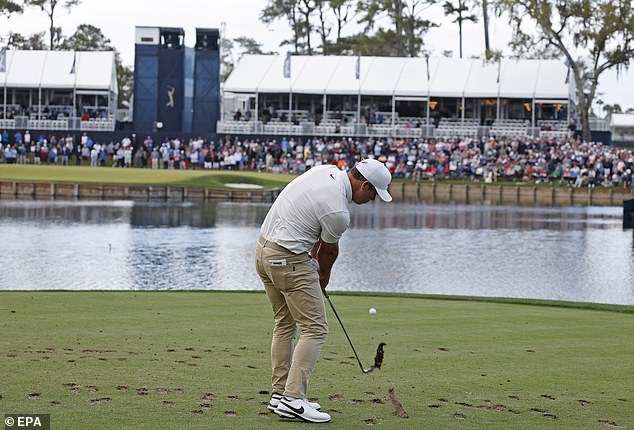