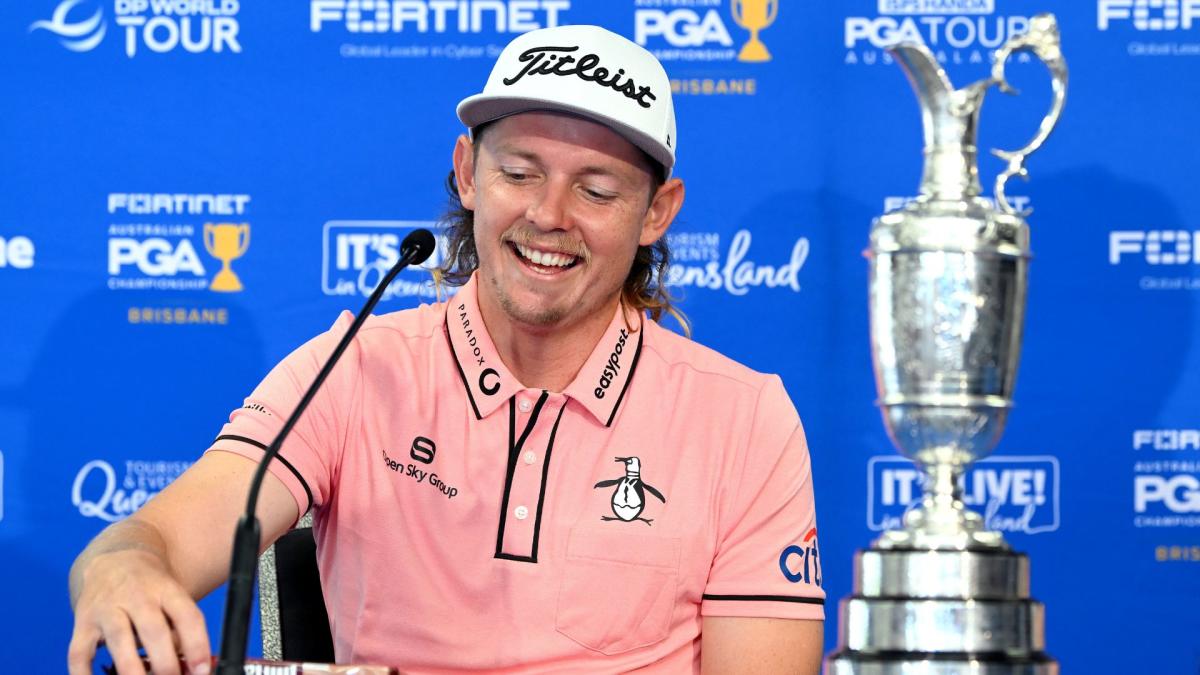 A long-awaited homecoming for Cam Smith came with some extra baggage — literally.

The world No. 3 is back in his native Australia after a three-year hiatus because of COVID travel restrictions. And the reigning Open champion lugged the claret jug 9,000 miles from his home in Jacksonville, Florida, to his homeland, where he is set to play the Australian PGA Championship. The event is being contested for the first time in two years due to COVID.

In a pre-tournament presser, Smith sat beside the claret jug, and when asked to reflect on his triumph at St. Andrews, the 29-year-old said his maiden major championship victory hasn’t yet sunk in.

With the claret jug in hand, Smith was greeted with a hero’s welcome. He became the 52nd-ever person — and first golfer — to be awarded a key to Royal Queensland.

But Smith didn’t just make headlines this year because of his win at St. Andrews. Shortly after the 2021-22 PGA Tour season ended, Smith defected to the Saudi-backed LIV Golf circuit.

With that move, Smith forfeited receiving world ranking points, as LIV events don’t currently offer them. He’s fallen only one spot in the rankings since his defection, however, and he’s not too worried – yet – about his OWGR status.

“Since joining (LIV), I feel not having any points has definitely hurt me a fair bit,” Smith said. “Especially with the golf, I’ve been playing some really, really solid golf. Yeah, it’s a bit of a pain, but there’s no pressure to come out here.”

Though he can earn points this week and delay a freefall in the rankings, he’s more excited to try and notch this third Australian PGA win (2017, ’18) in front of home fans.

“It’s just exciting being back and I think the buzz of the crowd and all that stuff is going to mean more to me than a few world ranking points,” he said.