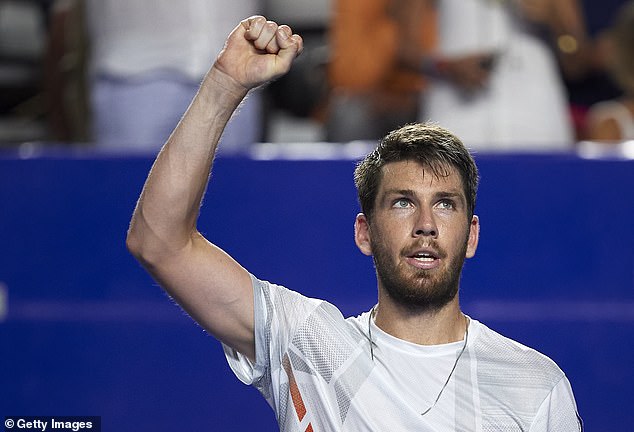 Cam Norrie will begin the early defence of his Indian Wells title in good heart, despite losing the Mexico Open final to Rafael Nadal.

The British No 1 heads to the California desert where, in the displaced event of October last year, he caused a shock by taking the title. He returns barely five months later, with its usual March slot restored, having banished his poor start to the season.

A 6-4, 6-4 defeat by Nadal in Acapulco was no disgrace, as the Spaniard kept up his remarkable start to 2022. Having missed the last five months of the previous season with a foot injury he feared might put him out of the sport, Nadal now stands with a 15-0 match record for the year with three titles won already.

Norrie could not recover in slow and humid conditions after Nadal converted his only first-set break point in yesterday’s final.

Norrie did get one break early in the second set but his fellow left-hander was too strong at one of his favourite venues.

‘Rafa does not give you any free points. If you just give him one or two he takes advantage of it. It’s impressive to see how he still does it,’ said Norrie.

Jack Draper, the 20-year-old from Surrey, yesterday scored the notable achievement of winning consecutive Challenger events. He will enter the top 150 after beating Alexander Ritschard 3-6, 6-3, 7-6 to take the title in Forli, Italy.

See also  Djokovic and Nadal still look so dominant... so are they supermen or is new generation just weak?