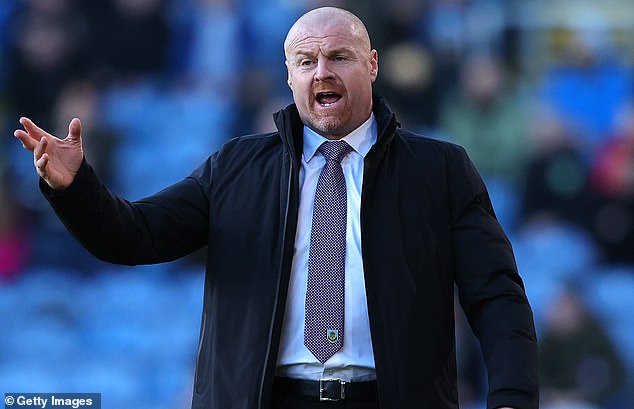 Burnley were left fuming on Saturday night as they suffered a second postponement at short notice in a week.

Sean Dyche’s players had just finished their pre-match meal at a hotel close to Villa Park and were about to leave for the stadium when their game against Aston Villa was called off shortly before 1pm — two hours before kick-off.

Burnley chairman Alan Pace said the lateness of the decision is unfair on fans. ‘I’m very disappointed like all of our fans that today’s game has been postponed,’ he said.

‘I know many, like myself, will have made the journey to Villa and now face the long journey home.’

On Wednesday night, Burnley’s home fixture against Watford was postponed in similar circumstances.

‘It is hugely frustrating and disappointing,’ said a source at Burnley. ‘The club were aware in the morning Villa had put in a request to call off the game but being that close to kick-off the team were expecting to play and the kit was laid out in the away dressing room as usual.

‘The lack of transparency is the hardest thing to take. We’re not told how many cases there have been or the precise reasons the game is being called off.’ 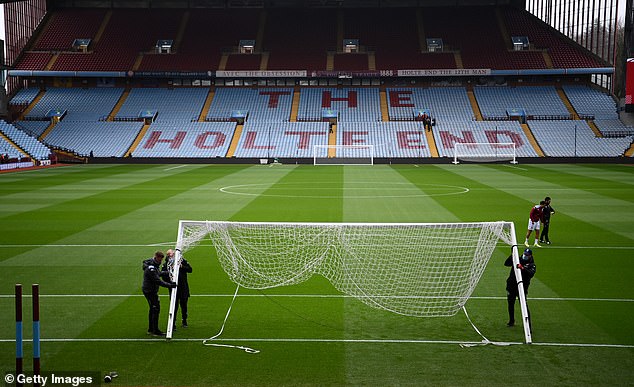 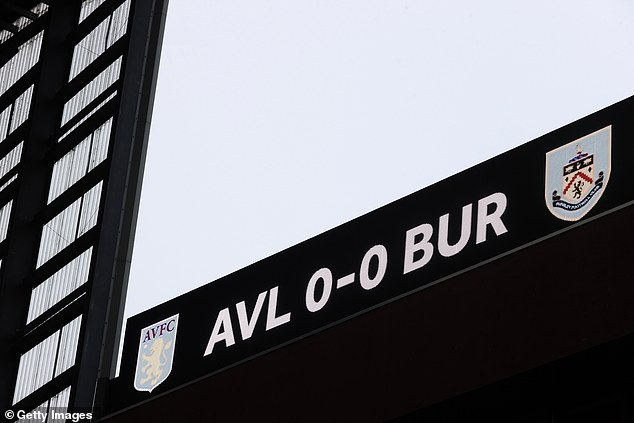 It is understood Burnley have had only one positive Covid case reported in the squad all week and all their players registered negative lateral flow and PCR tests on Friday night when they stayed in the Midlands to get ready for the game.

But Villa received more positive tests yesterday morning and requested the postponement at 10.30am. The request was approved at 12.15pm with an official announcement at 1pm, just two hours before kick-off.

Burnley were said to be angered at the case-by-case nature of the League’s postponements.

Villa, who claimed they were unable to field a team, had a whole squad of Under-23 players, whose fixture at Sunderland was postponed on Friday because of a frozen pitch.

‘After reviewing all the new information provided by Villa this morning and receiving separate medical advice, the Board approved the request as a result of the club not having enough players to field a team,’ read a Premier League statement.

Burnley received no further positives in the latest testing and were eating a pre-match lunch in their team hotel — in Birmingham, having travelled on Friday — when they were informed.

The Clarets will now submit questions to the Premier League to explain in detail the reasons for the postponement, as they did when their midweek clash with Watford was called off at late notice.

The Premier League are fighting for the fixture list to continue as planned, especially in an already-crammed schedule going into a World Cup year, but a mini-break in the season is now said to be a possibility.

‘They don’t want to but they know they might be forced to,’ said one source yesterday. ‘Every club has cases, training grounds are being shut, matches are off left, right and centre. 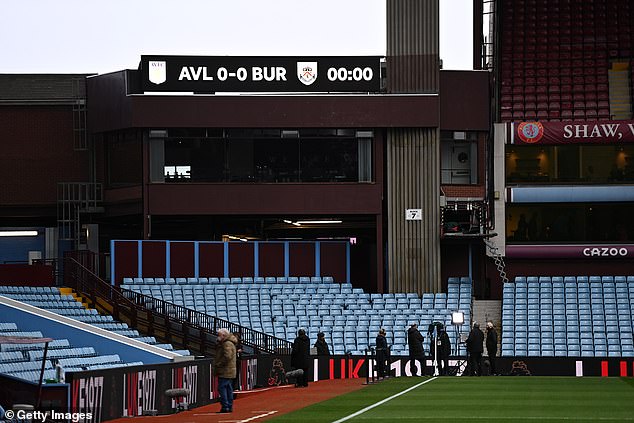 ‘There’s no way we can continue like this. Surely they must call it off for a few weeks to let the spread stop and let the sick players recover?’

There is also frustration among fans that most clubs keep their Covid numbers private. There is no threshold for the number of cases needed to force a postponement, which brings fairness into question.

Villa’s official website lists a squad of 66, including youth players, with 15 more out on loan. One Burnley source said the postponement was an ‘excuse’ that Villa could not field a team.

Fans who had already travelled to the ground vented their fury and slammed the late postponement as ‘disgusting’ and ‘disgraceful’. ‘I paid over £50 for my train ticket here,’ said one man, a Burnley fan, at Birmingham New Street.

‘So it’s a £100 day out a week — just before Christmas — including my train fare, match ticket and food and drink.’

Pundits weighed in. Gary Lineker branded the call ‘ridiculously late’. Chris Sutton tweeted: ‘Fans being shafted again with the lateness of the decision.’

Yesterday’s game was the 10th in the Premier League to be called off due to Covid and Burnley have an additional fixture to squeeze in because their game against Tottenham was cancelled because of heavy snow.

Villa apologised to Burnley and their supporters for the decision but said an increased number of Covid cases meant they had no option but to apply for a postponement.

The official Premier League statement added: ‘This decision was based on the number of Covid-19 cases, injuries and illness.’

A meeting between all 20 top-flight clubs and the League’s board will take place tomorrow at which more clarity on the coming weeks will be offered. 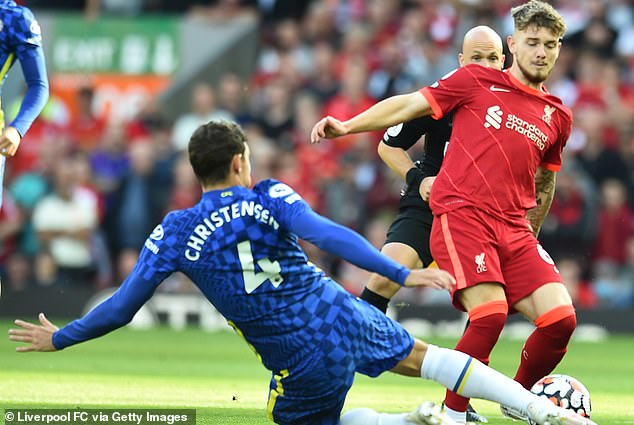 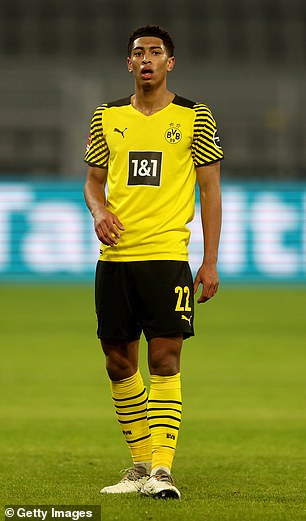