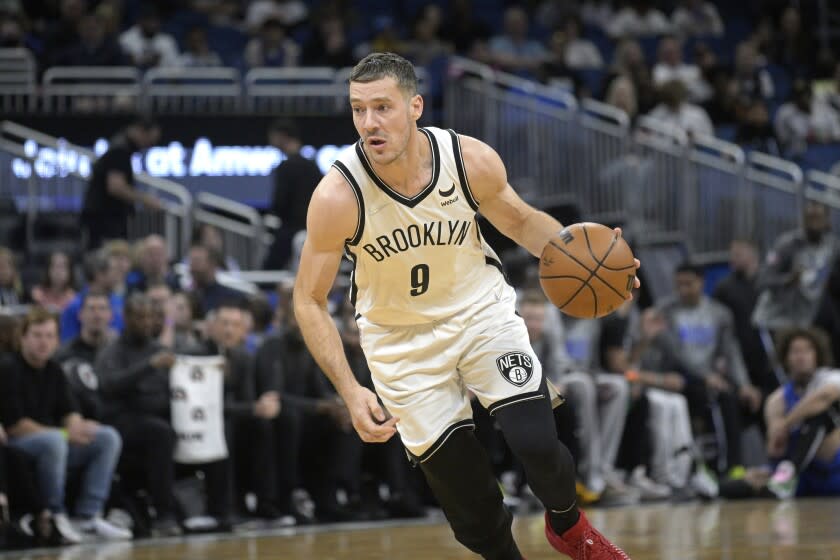 The Chicago Bulls and guard Goran Dragic have agreed to a one-year, $2.9-million contract, a person familiar with the situation told the Associated Press on Sunday.

The person spoke on the condition of anonymity because free-agent deals can’t be announced until Wednesday. The Athletic first reported the agreement.

The 36-year-old Dragic has averaged 13.7 points and shot 36.2% on three-pointers over 14 seasons with Phoenix, Houston, Miami, Toronto and Brooklyn. From Slovenia, he made an All-Star team with the Heat during the 2017-18 season and helped them advance to the 2020 NBA finals.

Dragic averaged 7.5 points while shooting 25.4% from beyond the arc last season for Toronto and Brooklyn. Though the Bulls ranked fourth in the NBA in 3-point accuracy, they were last in attempts.

The Bulls took a big step by winning 46 games with DeMar DeRozan and Zach LaVine leading the way and posting their best record in seven years. They settled their biggest offseason issue when they agreed to a five-year max contract with LaVine last week.