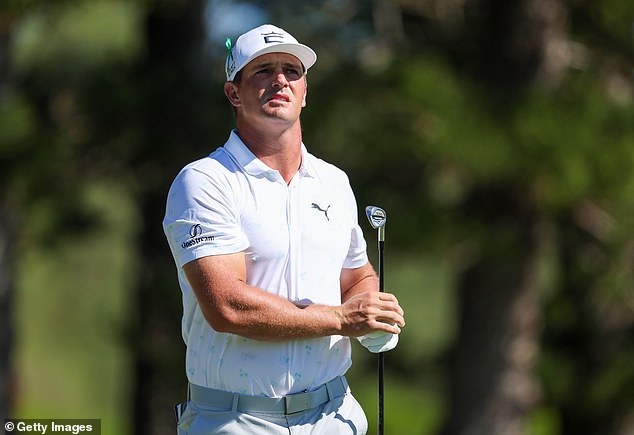 The whisper on the practice ground at the recent Genesis Invitational was that Bryson DeChambeau was principally interested in his mammoth nine-figure offer from the Saudis because he was worried about his long-term future.

Pure conjecture perhaps, but fears regarding his ability to play a hectic regular schedule owing to a worrying hand injury will only gather strength after he pulled out of this week’s Arnold Palmer Invitational, where he was the defending champion.

The video he posted on social media showed the depth of his disappointment, and continues a pattern that has been going on all season.

Bryson DeChambeau has been troubled by injury, rows and the Saudi controversy

This is the third tournament he’s had to withdraw from, while he only lasted one round in the Saudi Invitational last month.

Concerns for his health are one factor in a troubling 12 months for the 28-year-old American.

Indeed, if ever there were a golfer who could do with a few pearls of wisdom from the late Arnold Palmer, it’s him. What a difference a year makes. 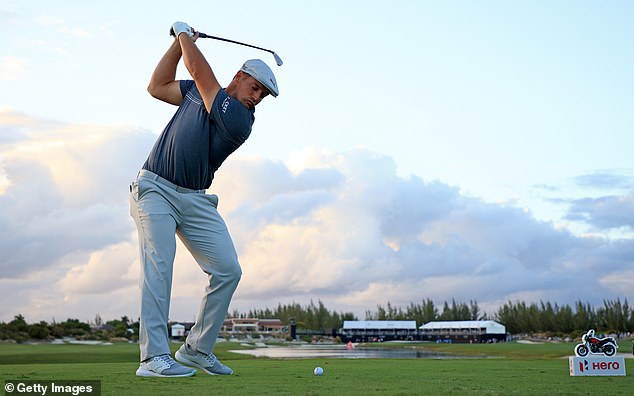 DeChambeau won an epic duel with Lee Westwood playing golf the Arnie way. Stretched to the limit by the veteran Englishman, he prevailed by one stroke with breathtaking skill and bravado.

In particular, there were two shots heard round the world, two drives at the signature par-five sixth at Bay Hill that bends its way around a lake and where he cut off so much of the dog-leg he was left with just a 70-yard pitch each time. How Palmer would have loved that. How he would have loved Bryson’s reaction, throwing his arms into the air and feeding off the crowd.

That was then, alas. What we’ve had since is a hubristic tale that might not be on a Phil Mickelson scale but is in the same ballpark. Wooed by the Saudis and hampered by his injuries, he’s mustered just four top-10 finishes. First he blamed his club manufacturer at the Open last year, then he picked a fight with the press before taking on the PGA Tour. 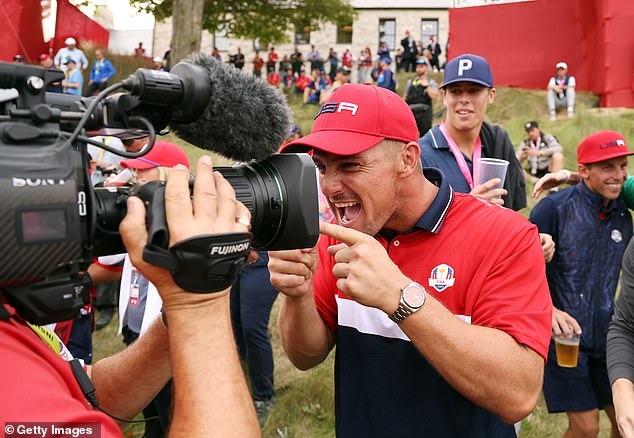 In explaining last week why he was staying put rather than joining the Saudis, the tone was that of a man forced kicking and screaming down that path because no one else would join the cash grab. Even before his withdrawal this week, he had no intention of undertaking the defending champion’s traditional press interview. I wonder what Arnie, who loved the press, would have thought of that.

It made me think about Rory McIlroy when he was much younger, hurt by some flippant Palmer remark regarding his nonappearance one year, and making plans never to return. When Palmer heard, he took Rory and his dad Gerry out to dinner. McIlroy has played every subsequent edition.

As for DeChambeau, let’s wish him well in his rehab and that the long-term worries are groundless. Let’s hope, too, while he’s on the sidelines, there’s a Palmeresque figure who can make him see that the only real enemies he has are his own body and in his own mind.

After it all went so swimmingly in Wisconsin last September under the stewardship of one quiet mid-westerner, it’s hardly surprising the PGA of America should plump for another with Zach Johnson confirmed on Monday as Steve Stricker’s successor as the United States Ryder Cup captain.

Given the quality of the players at his disposal, a steady hand on the tiller makes perfect sense for Rome next year, when the visitors will be seeking their first victory on European soil for 30 years, and an occasion at The Belfry in 1993 before most of Johnson’s likely team were born.

The new skipper certainly has the pedigree. Alongside Jack Nicklaus, Tiger Woods, Sam Snead, Seve Ballesteros and Sir Nick Faldo, he’s the only man to win the Masters and an Open at St Andrews. 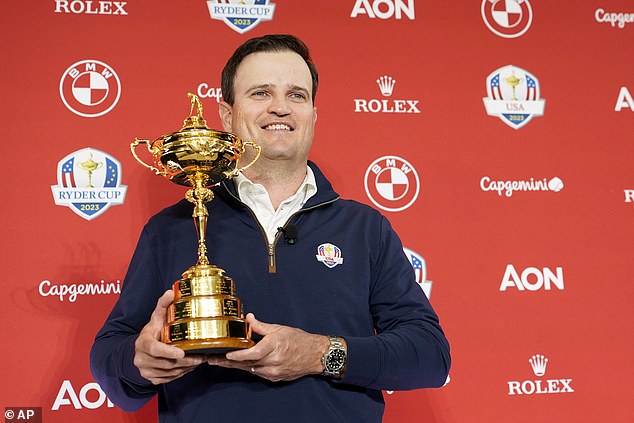 Johnson showed some diplomatic nous as well, skilfully sidestepping a question as to whether Mr Pariah Phil Mickelson would be one of his vice-captains.

‘I have no idea how those sorts of things will shape up at this stage,’ he said, before showing that he does in naming Stricker as one of his deputies.

Given his skill set in comparison to his contemporaries, Johnson was one of the great overachievers, and said he was relishing the chance to play abroad.

‘When I look at our record in Europe, I see this as a beautiful opportunity,’ said the 46-year-old from Iowa, who will have six wildcard selections.

‘I always loved stretching myself and feeling uncomfortable, that’s when I played my best. We know it’s going to be hard, so bring it on.’

Europe’s captain is expected to be announced next month with Johnson’s mirror image, Luke Donald, favourite to get the nod.