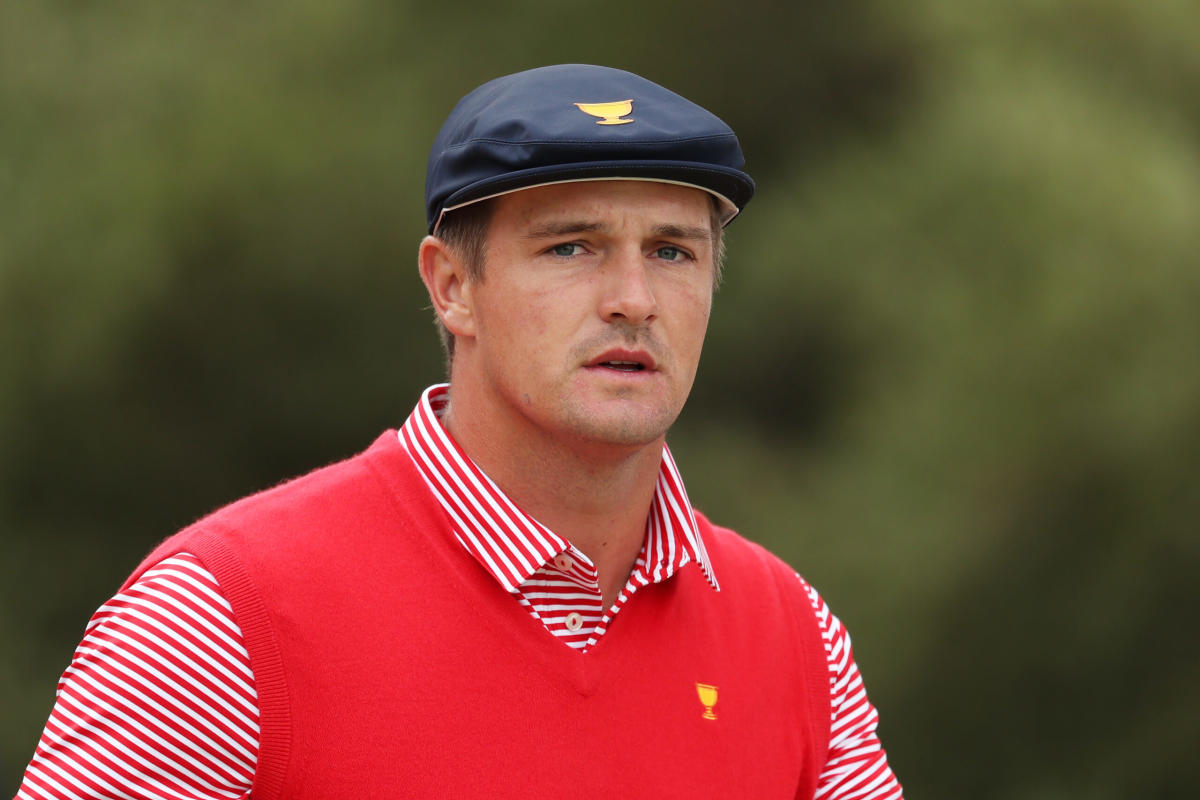 Bryson DeChambeau is focused on LIV Golf’s fifth event this week near Chicago, but with the 2022 Presidents Cup just a week away, the three-time member of Team USA as a professional said it’s sad he and his fellow LIV players will be stuck watching from home.

“I personally think that the team events are only hurting themselves by not allowing us to play, not allowing us to qualify through some capacity, in some facet,” DeChambeau said during his pre-tournament press conference Thursday at Rich Harvest Farms in Sugar Grove, Illinois.

The PGA Tour has suspended players who have competed in LIV Golf events, following its own Tournament Regulations dating back to the first round of suspensions after the start of LIV’s first event in London. Despite the sour thoughts, DeChambeau will “absolutely” be watching the action at Quail Hollow Club in Charlotte, North Carolina, next week as the Internationals look to win on American soil for the first time in the event’s 28-year history.

See also  ‘Significant changes’ made to Augusta National with added length, including the start of Amen Corner

“Look, I’m a golf fan, first and foremost. I’m going to watch golf wherever it’s played with some of the best players in the world, whoever it is,” explained DeChambeau. “I think down the road that’ll change. I think that this will become something special, even more special than what it is now, and moving forward in the future, I’ll still watch other tournaments that I’ve won and done well at before.”

DeChambeau was a member of Team USA at both the 2018 Ryder Cup in Paris and 2021 Ryder Cup at Whistling Straits and holds a 2-3-1 record. He made his Presidents Cup debut for the red, white and blue in 2019 at Royal Melbourne, where he compiled an 0-1-1 record.