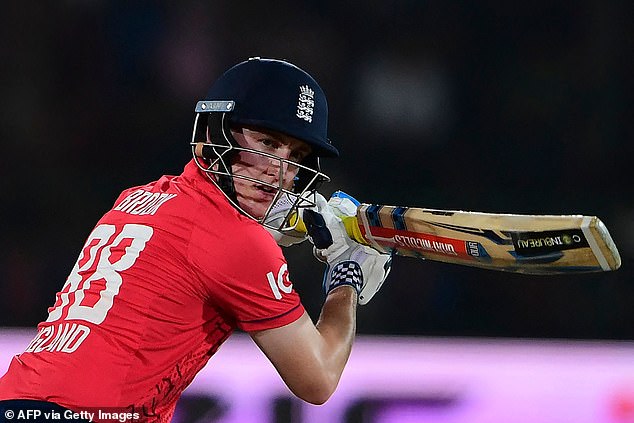 Injections of speed in both batting and bowling proved crucial as England reclaimed the lead in the Twenty20 series in Pakistan.

First, Harry Brook struck an exhilarating, unbeaten 81 off 35 balls and of the 16 higher scores by England players in this format, only Liam Livingstone’s hundred against the Pakistanis last year has come at a faster strike rate.

Then, Mark Wood marked his comeback from a six-month injury lay off by equalling the quickest delivery recorded by an England bowler. It came during an opening salvo that inspired a four-wicket power play and derailed Pakistan’s hopes of chasing down a 200-run target for the second night in a row. 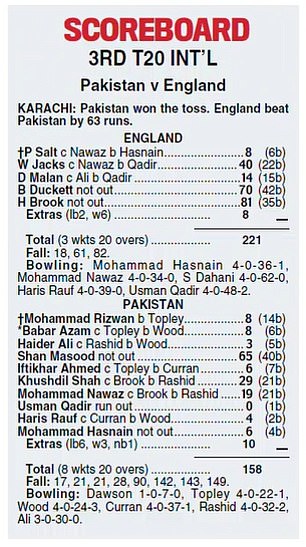 Brook’s combination of second-guessing and big-hitting was something to behold: anticipating where the Pakistani attack wanted to bowl by surveying the field and depositing the ball where he wanted in an innings that included with eight fours and five sixes.

‘You get a gist of what they are trying to do by looking around. If they have got four men out on the leg side, you know they have to bowl straight because if they go wide, it’s almost a free hit.’

Strokeplay that was outlandish at times came during an unbroken partnership of 139 from 72 balls with Ben Duckett, On only four previous occasions had England finished with more than the 221 for three they piled up here. 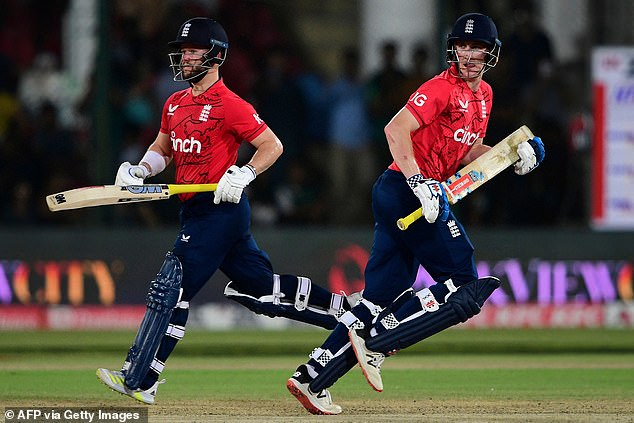 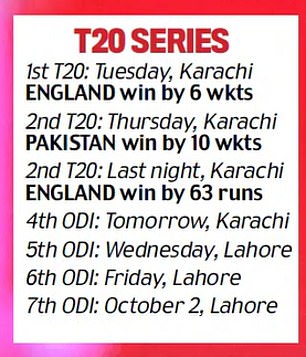 That they came together in the ninth over was fortunate in itself: Dawid Malan and debutant Will Jacks both departed in disbelief that they had hauled gimme deliveries to deep midwicket off leg-spinner Usman Qadir.

Surrey’s Jacks proved more than an ample duty for Alex Hales at the top of the order as England began sharing out game time among the 20-man touring party, adopting the no-fear approach encouraged in the early stages of innings to loft and thrash into gaps during a 22-ball 40.

Brook took things to another level, however. Earlier this year, he showed his mastery of these conditions with the Pakistan Super League’s second fastest hundred. Here, he did not strike England’s first six until the 11th over when he struck Qadir back over his head. 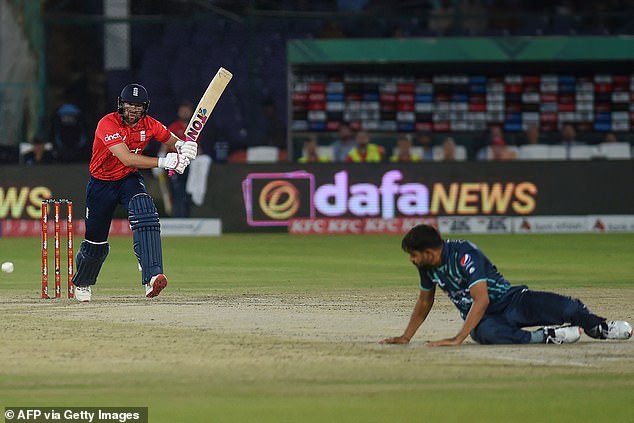 Not that there was any discrimination between spin and pace, as he highlighted his adaptability by twice hooking over the rope at long leg and also striking straight after giving himself room.

In fact, the only time he did not appear to put the ball where he wanted came when he inadvertently bobbled one from Haris Rauf off his own body and into the grille of his helmet.

Duckett played with equal precision in another fine display of sweeping against the spinners, just as he had in game two and Pakistan entered the second half of the contest knowing they would have to upgrade their previous best chase of 208.

That was something England’s up-front work in the field deemed fanciful. The tourists had intended to hold Wood back until the Lahore leg of this trip but recalled him five days ahead of schedule to inject the pace into their attack so badly lacking while trying to dislodge Babar and Rizwan 24 hours earlier. 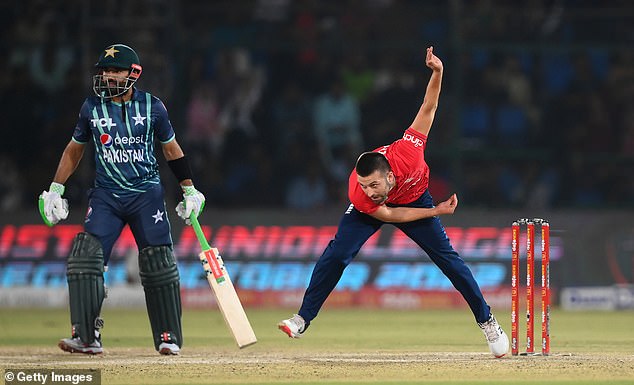 And with 221 on the board this time, Wood sensationally unleashed the new-ball ferocity England have so badly lacked during his elbow injury lay-off.

The 32-year-old wreaked havoc in an opening two-over salvo, matching the 97-mile-per-hour ball that Steve Harmison sent down to dismiss Glenn McGrath in the Perth Ashes Test of 2006-07 during the second of the two and instigating a spell of four wickets for 11 runs that drowned out the noise of Thursday.

Any doubts about a result that puts England 2-1 up with four to play were removed before the end of the powerplay, which Pakistan exited at 29 for four.

‘You tend to be a bit fresh after months out, so that’s what I am going to put it down to, the challenge now is to back it up.’

After two of the best individual white-ball performances by England players in recent memory, that will take some doing.